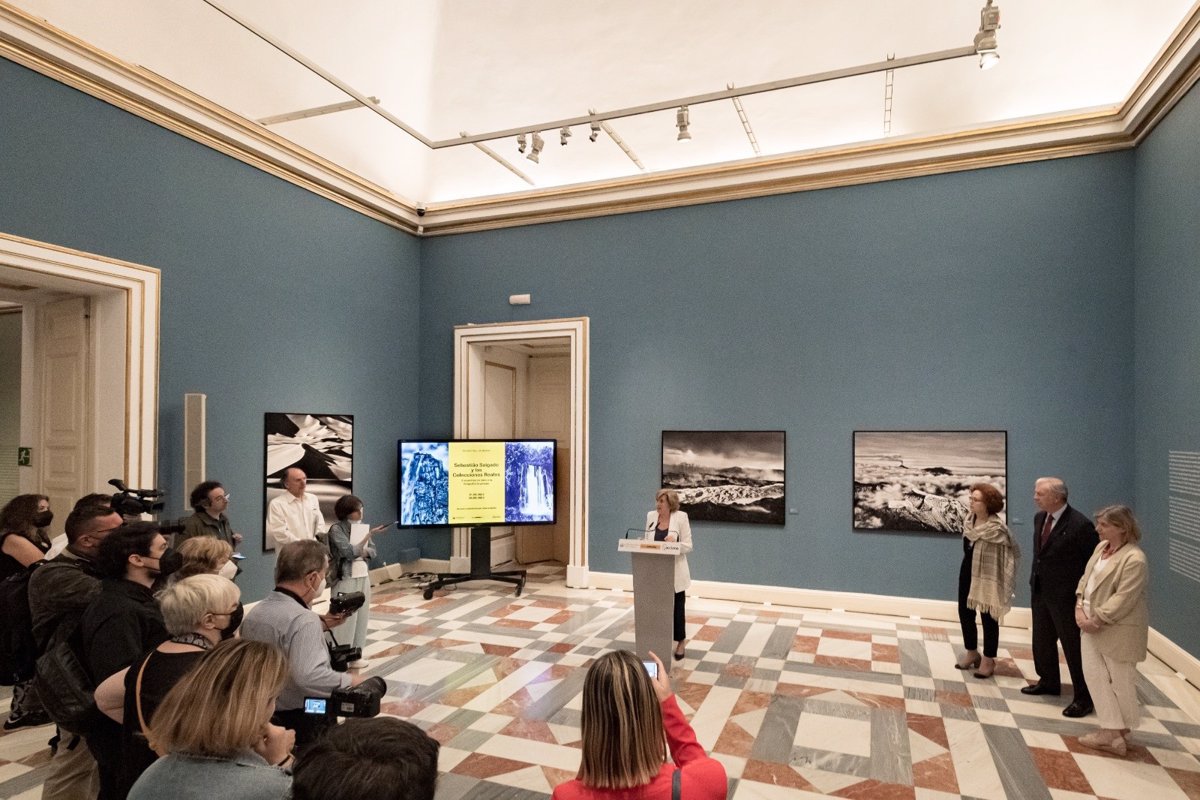 The Royal Palace of Madrid has inaugurated this Friday, May 27, the exhibition ‘Sebastião Salgado and the Royal Collections. Meetings around landscape photography’, the first exhibition in which National Heritage and the PHotoEspaña festival collaborate, which celebrates its 25th edition this year. The exhibition can be seen at the Salons Génova between May 31 and September 4.

At the opening ceremony, the president of National Heritage, Ana de la Cueva, stressed that “this exhibition is a double encounter, because it not only connects the pioneers of photography with Salgado’s contemporary gaze, but also unites Heritage National with PHotoEspaña”. “The collections of the Palacio General Archive and the Royal Library are fundamental to understanding the history of photography in Spain and Europe“, he stated.

The director of the festival, Claude Bussac, has assured that “It is an honor and a great privilege for PHotoEspaña” that the Royal Palace of Madrid open its rooms and, above all, its collections. For Bussac, the exhibition creates an “unprecedented” relationship, since “it provides both a look at 19th-century photography, but also a look at contemporary photography, in which we also see a bit of the sublime”.

The main exhibition organized between both institutions is ‘Sebastião Salgado and the Royal Collections. Meetings around landscape photography’. At the Royal Palace in Madrid, the exhibition will bring together 12 images by the Brazilian artist, winner of the Prince of Asturias Award for the Arts, with 67 pieces by Clifford, Laurent and other historical figures from the 19th century, from the Palacio General Archive and the Royal Library. The exhibition is sponsored by Acciona.

The General Archive and the Royal Library store more than 80,000 images “fundamental in photographic collecting in Spain“, said the director of the Royal Collections, Leticia Ruiz. The exhibition “invites the viewer to peer into the landscape with that intimate gaze, not only of Salgado, but also of other 19th century photographers who had that vision of nature“.

OTHER NATIONAL HERITAGE APPOINTMENTS AT PHE2022

In addition, in Madrid, the Pantheon of Illustrious Men will host ‘Freefall’, an audiovisual installation by the artist and filmmaker Beatriz Ruibal around the relationship between human beings and the sea, often used as a waste container. It is exhibited from May 30 to June 5 during the opening hours of the monument and is sponsored by the Banco Sabadell Foundation.

In September, the Santander Image Documentation Center (CDIS) will host the emblematic series of ‘Le Gray’s Seascapes’, National Heritage. With this set of 15 photographs, taken between 1856 and 1857, Gustave Le Gray succeeded in capturing nature in motion for the first time and placed this new technique in the field of fine art.