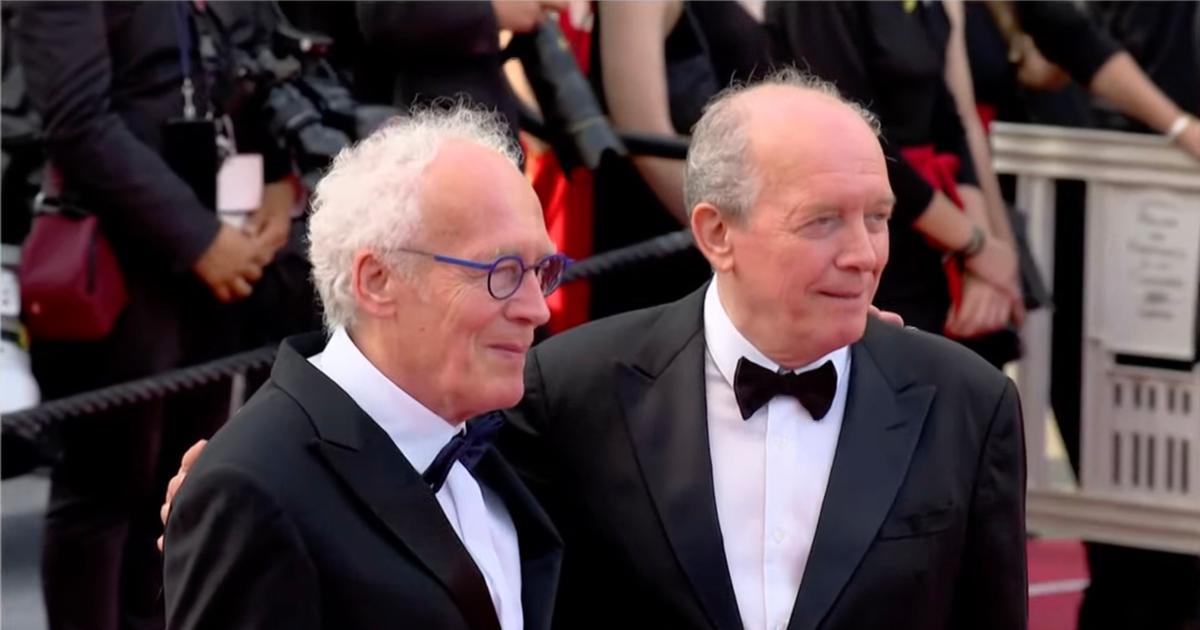 Les Dardenne and Lukas Dhont are among the serious contenders for the prize list that Vincent Lindon’s jury will make from 8:30 p.m.

Still a little patience. The winners of the 75th Cannes Film Festival are a little more desired this year. With its passage from Canal + to France 2, the closing ceremony is postponed to the first part of the evening, at 8:30 p.m. on the public channel. To the great despair of football fans who will have to choose between the Croisette and the Champions League final. With a Vincent Lindon president of the jury, little chance of reproducing the slip of Spike Lee who had revealed the name of the winner of the palme d’or from the start of the live, after having misunderstood a question from the mistress of ceremonies! The winner who will succeed Julia Ducournau and Titanium probably won’t be revealed until after 9 p.m.

The France Télévisions teams are counting on a one-hour program with Virginie Efira still at the presentation. At the opening, the actress and former Belgian presenter was able to count on a singing tour by Vincent Delerm and a surprise video speech by Ukrainian President Volodymyr Zelensky.

Read alsoA few hours from the winners, the games are still open at the Cannes Film Festival

As tradition dictates, the final climb of the steps, which began at 7 p.m., made it possible to guess which feature films will be rewarded by observing the teams called back to the Croisette. The artists parading prefigure a raid for Belgian cinema. The Dardenne brothers (Tori and Lokita), the duo Charlotte Vandermeersch and Felix van Groeningen and Lukas Dhont (Close) were summoned.

The ceiling of the three golden palms broken?

Yet snubbed by critics, the melodrama Tori and Lokita on the descent into hell of two young immigrants will he be the recipient of the trophy king of the evening? In case of victory, this triumph would be historic because it would offer a third palme d’or to the duo from across the Quiévrain. Already crowned for Rosetta et The Child, the duo has been in competition at Cannes nine times. Superstitious on the mat, they confided “it is the film that is rewarded, not us»

Vincent Lindon could on the contrary consecrate youth, audacity and renewal in the person of Luka Dhont. A story about the dislocation of a childhood friendship, its Close made an impression by delicately addressing the issue of masculinity and the weight of standards. He reveals in passing a talent, the young Eden Dabrine, 15 years old. It would be a strong signal at a time when auteur cinema is in crisis in the face of increasingly empty cinemas.

Among the teams asked to return to the Riviera also appeared those of the Korean thriller and darling of the press Decision To Leave by Park Chan-wook, Without filter, satire by Ruben Östlund already webbed for The Square, animal fable There are the dean of competition, Jerzy Skolimowski, of eight mountains du couple belge Charlotte Vandermeersch et Felix van Groeningen et du thriller  Boy From Heaven du Tarik Saleh, portrait of the complexity of Egyptian society. Laminated by the critics, Stars At Noon by Claire Denis could also, according to well-informed sources, also leave with a trophy. Just like Hirokazu Kore-eda’s rickety road movie Our lucky stars and the autobiographical childhood story of James Gray Armageddon Time.

Among the absent figure Tchaikovsky’s Wife by Russian Kirill Serebrennikov, about the composer’s wife, who had remained in the shadows for a long time and with whom he married while hiding her homosexuality. The coronation of this Russian artist, breaking with the regime of Vladimir Putin, would however have been an event in itself in the midst of the war in Ukraine. No reminder either of the sulphurous and neurasthenic Crimes Of The Future or the Neapolitan Nostalgia by Mario Martone, a story of friendship and a return to the native land, in the shadow of the mafia.

The regulations of the Cannes Film Festival normally only allow an ex aequo prize, but not a palm cut in half. In addition, the same film can only receive one of the seven prizes of the evening among the palme, the grand prize, the jury prize, that of the screenplay, of the staging and of male and female interpretation. A trophy for the 75th anniversary of the festival could also be awarded.

To decide between the 21 films in the running, Vincent Lindon is supported by the Anglo-American actress and director Rebecca Hall (Chiaroscuro), Swedish Noomi Rapace, (Millenium) or the directors Asghar Farhadi (Grand Prize in 2021 with A hero)Ladj Ly (Wretched, jury prize 2019) and Joachim Trier (Julie in 12 chapters, female performance award). The adage has it that a jury chaired by an actor leans towards poignant works and that that chaired by a filmmaker dubs more technical and intransigent visions. With a majority of directors alongside the French actor, everything is possible at the end, diagnosed a regular, of a “homogeneous vintage but without emotional slap”.