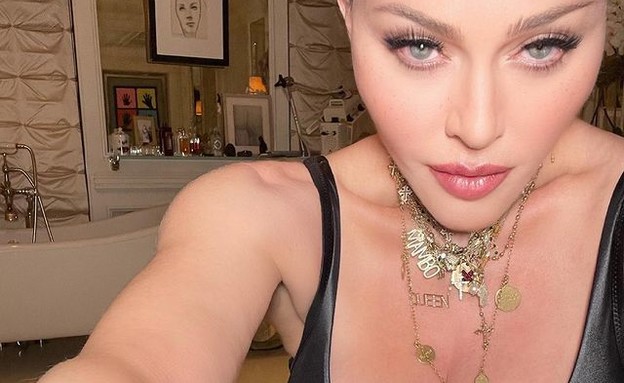 In about two months Madonna will be celebrating her 63rd birthday, but that doesn’t stop her from living life on the best side and spreading the word on her Instagram. After being photographed in a bra and panties and later also in panties only, now Madonna was photographed in a bra only – and managed to break the net.

The 62-year-old star was photographed wearing a black bra, stunning makeup and dozens of gold necklaces, making fans suspect something new and exciting was starting. “New life, New York, a reinvention,” she wrote, and has already drawn millions of likes and tens of thousands of enthusiastic comments.

This is not the first time the star has broken the net with pictures in lingerie. The star used to share many photos of herself in sexy lingerie, and in the past she was even photographed with a bra and completely transparent panties – and uploaded to the web. One thing is for sure – even at 62 Madonna is the hottest person in the swamp.