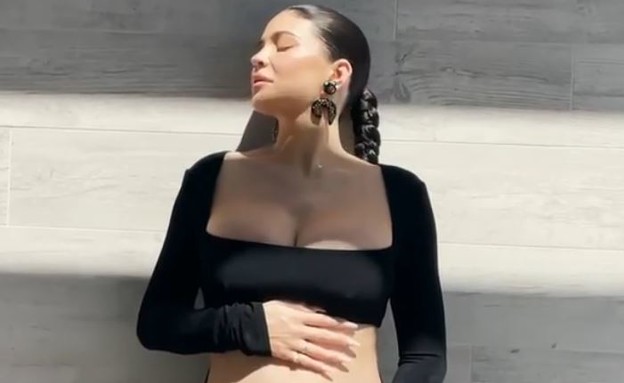 After quite a few rumors and reports, Kylie Jenner confirmed this morning (Wednesday) that she is pregnant for the second time. Kylie gives birth to her second baby with her daughter’s father, Travis Scott, and the exciting news she posted via a video on her Instagram page.

The 24.year.old star shared the video, and has already garnered millions of likes and comments. In the video, Kylie photographs herself as soon as she receives the exciting news through the pregnancy test, and later she goes with Travis and her daughter Stormy to the gynecologist and shoots her first test. Later, Kylie announces to her mother the entire second pregnancy, and she cries with excitement and admits that it is “the happiest day of her life.”

Kylie Jenner gave birth to her first daughter about two years ago, and in recent months many fans have been hoping that Kylie is already carrying her second pregnancy. A few weeks ago Page Six magazine confirmed the rumors, and now Kylie is also releasing an official confirmation via the exciting video.

One thought on “Kylie Jenner has officially confirmed her pregnancy”