The Dcode festival announces Crystal Fighters, The Kooks the return of Deluxe for its 2022 edition 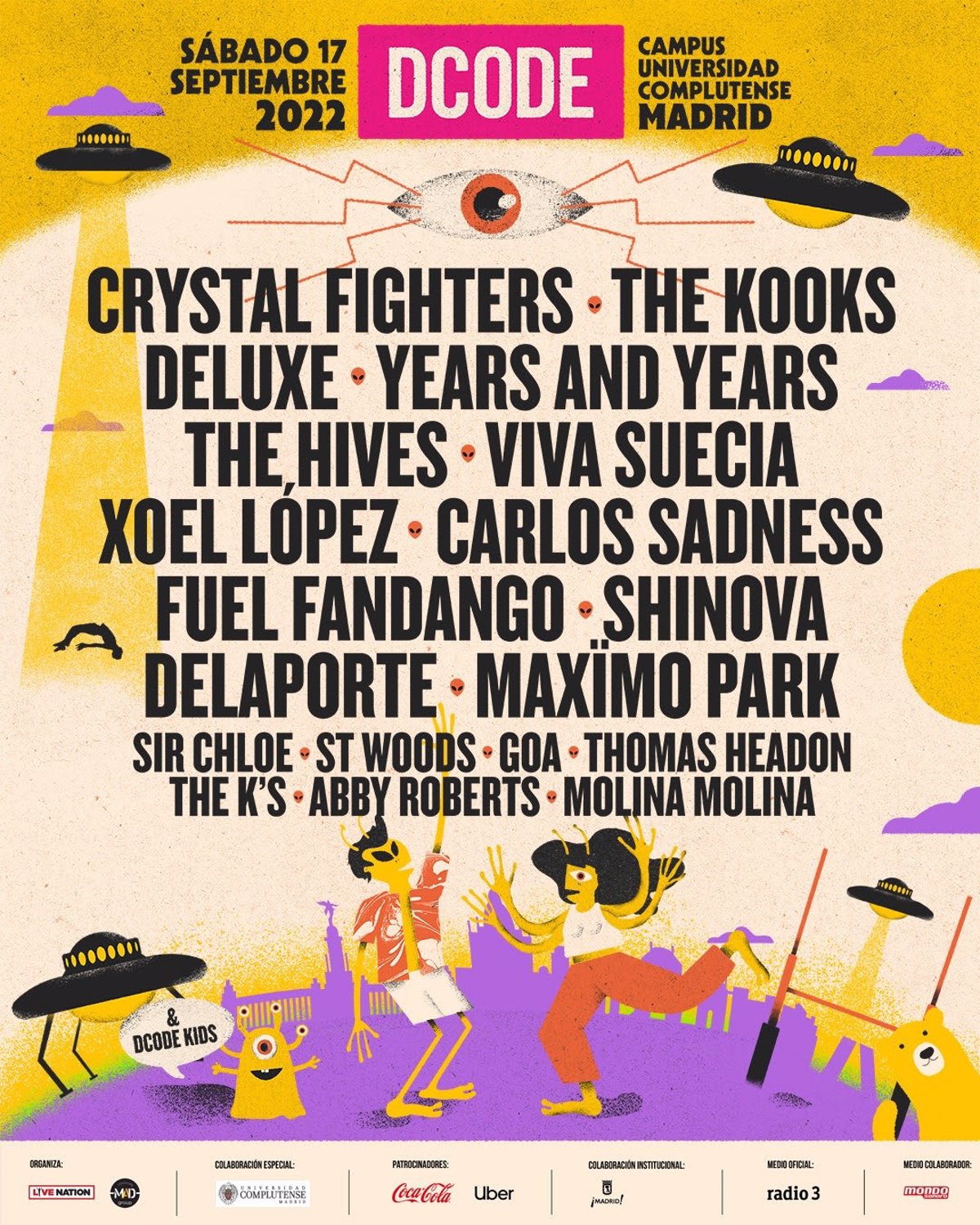 The Dcode festival has announced Crystal Fighters, The Kooks, The Hives or the return of Deluxethe youth project of Xoel López, as part of his cartel of the 2022 edition, which will be held on Saturday September 17 at the Campus of the Complutense University of Madrid.

The appointment will have 16 hours of live musicin which the exclusive concert of Deluxe will take place, the project from which López -who will also perform solo- broke ties at the end of 2008 after having reached the pinnacle of Spanish indie pop with him thanks to songs like ‘Que no ‘.

Dcode will also offer a space dedicated to children in Dcode Kidswhose program of games, activities and musical performances will materialize in the coming weeks.

Tickets for the festival go on sale this Wednesday, June 1, from 11:00 a.m. at www.dcodefest.com, www.livenation.es and Ticketmaster.es with special launch prices and for a limited time of 39 euros (+expenses) general tickets and 104 euros (+expenses) VIP.