‘The terrorist and the professor’, in a correspondence the story of the Years of Lead (and beyond) 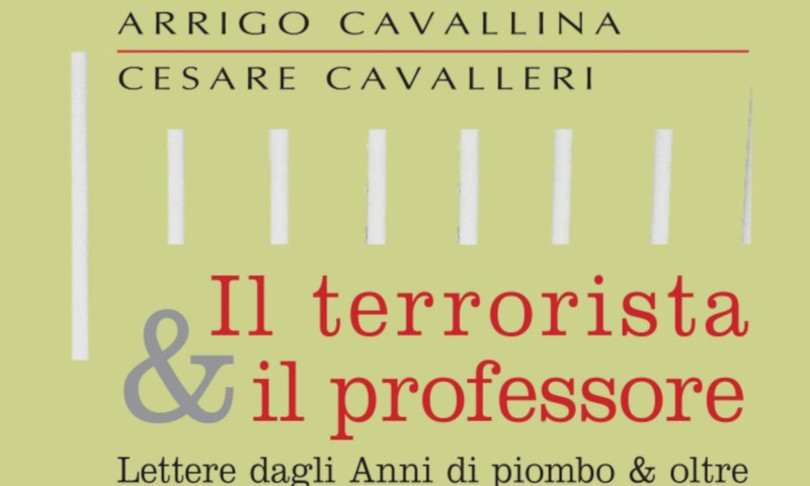 It was April 16, 1984 when Cesare Cavalleri – still today for over 50 years the director of “Catholic Studies”, and of Ares editions – addressed his first letter to Arrigo Cavallina, who had been his pupil at the Lorgna.Pindemonte Technical Commercial Institute in Verona, at the Rebibbia prison. Cavalleri had read in the newspapers that among the defendants in Process 7 April there was that former pupil he had lost sight of for twenty years. The gist of the letter lies in three words: “You are not alone”.

That correspondence that began then is now the subject of the book The Terrorist and the Professor – Letters from the Years of Lead & Beyond (Ares Editions, 338 pp., 16 euros). “This book is not a book about the Years of Lead, it is a book about friendship, about its invincible strength”. Thus writes, the journalist Michele Brambilla, in the preface to the correspondence between Arrigo Cavallina and Cesare Cavalleri a few days in the bookstore.

Cavallina, founder of the PAC, Communist armed proletarians was known in the news for his participation, in the 1970s, in violent groups and actions of the so.called autonomy. Among other things: enlisted in the armed struggle of Cesare Battisti– Whose further story, over the years, has brought him unwelcome media attention and on which he has also been able to reflect with extreme clarity.

In 2009 he wrote to Cavalleri: “Dear Cesare, periodically I find myself exposed in the public square in tow of the events of the Baptists, which constitute my accessory punishment. dry alternative between life imprisonment and lying, without a third party being given. There is something profoundly, ethically broken in a legal system that does not even try to hold together truth, responsibility, punishment and reparation… “.

Letters are perhaps the best way to know the details of Cavallina’s long journey. Also featured from conversion to the Catholic faith. In 2017 he writes again to Cavalleri: “So I almost apologize if I have this desire to confirm to you how your closeness has been decisive in the fold of my life, it is a consideration that I always have in mind. And I have the opportunity to remember it every evening, when for more than thirty years I have been mentally repeating the prayer you suggested to me. ”

The Ariadne’s thread in the book is precisely the story of a deep wound – resulting from participation in the armed struggle ., of a story – in many ways symbolic – of the civil and also cultural history of our country. How did it happen that Cavallina progressively shifted to extreme left positions up to participation in acts of terrorism? How could it happen that the cultural climate of our country has heated up to the point of not foreseeing positions of real reflection, of historical study, finally able to grasp the details and nuances, with the respect that parables, intentions, militancy deserve, retrospectives that have marked – and profoundly – the postwar period?

A correspondence on a conversion but also a reflection on the years of lead until 1984 thanks to the reasoned chronology signed by Cavallina.

This is a book that tries to answer and, through a path of friendship, also historically interpret the boulders that weigh on the civil conscience of our country, on a memory that, unfortunately, continues to remain unshared.

Arrigo Cavallina (Verona, 1945) from an initial commitment in the Catholic sphere it progressively shifted towards positions of the extreme left, up to the participation, in the 1970s, in violent groups and actions of the so.called “autonomy”. He spent about 12 years in prison, where he was among the promoters of the dissociation movement. Wondering about the rupture and continuity with the past, about the sense of punishment, about the possibility of still being recognized in the new and planned identity, he found decisive answers in the Scriptures. In 2005 he published with Ares the memoir “The little blue tent that prisoners call heaven”.

Cesare Cavalleri (Treviglio, 1936) for more than half a century he has directed the Edizioni Ares and Studi Cattolica. Collaborate with Future since the first issue (December 4, 1968). His itinerary, not only professional, is told in the long interview collected by Jacopo Guerriero with the title “To live better. Catholicism, culture, publishing” (Brescia, 2018). A collection of his ancient poems was recovered by Mimesis in 2019 with the title “Symptoms of a context”.

One thought on “‘The terrorist and the professor’, in a correspondence the story of the Years of Lead (and beyond)”