The manuscript of the novel ‘Insensatez’, by Castellanos Moya, becomes part of the legacy of the Caja de las Letras 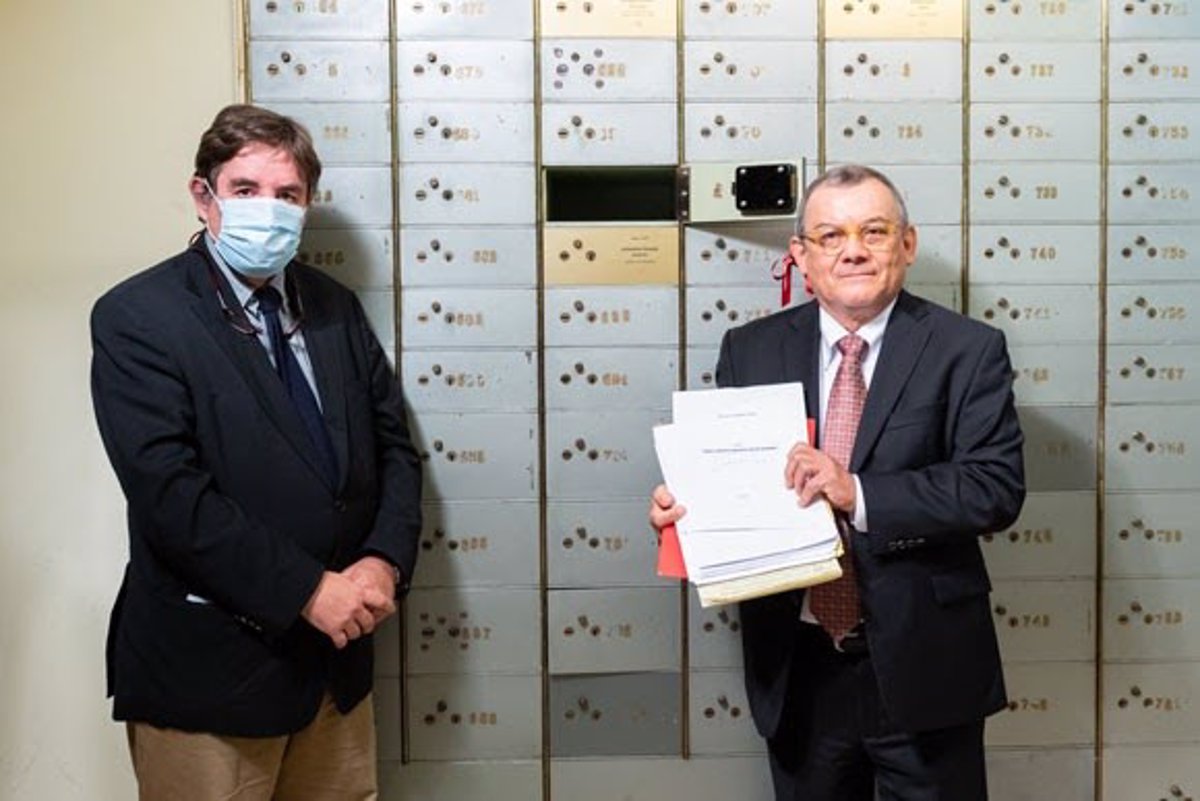 The Salvadoran Writer Horacio Castellanos Moya has deposited in the Letter Box the notebook that contains part of the manuscript of his novel ‘Insanity’, published in 2004, and the first clean-cut version of said novel with all the handwritten corrections that he made, including the change of title and epigraph.

The The aforementioned notebook is the third he wrote of ‘Foolishness’ and begins from chapter 10. The two previous notebooks, with chapters 1 to 9, are lost. The author has highlighted that they are two of the few objects in his literary career that have survived his multiple changes of residence in various countries.

“I have been a wandering writer, without a home or home, the only country I have left is that of my memory; For this reason, the archive of my work is limited to three small boxes with a few manuscripts that have survived the many transfers. These materials are perhaps the most significant thing I found in those boxes“, has explained.

This legacy, which the writer left in box number 696 in the vault of the Instituto Cervantes, will remain under lock and key for exactly five years, on September 14, 2026.

Horacio Castellanos Moya thanked the Cervantes Institute not only for the invitation today, but for the support for his career as a writer “since the beginning of this century”, when his books “began to be known.” Subsequently, he praised Spain and the work of the Instituto Cervantes, whose work it is “essential above all for writers from countries whose presence is precarious in international literature.”

Castellanos Moya is the author of twelve novels and several books of short stories and essays – his work has been translated into a dozen languages. While the director of Cervantes, Luis García Montero, has praised his “literary and human quality that has always sustained his work as a writer.” “Violence, sex and desire are very present in his narrative, and that, thanks to his literary capacity, allows him to meditate on the fundamental things of the human condition“, has indicated.

This act is part of the special activity this week at the Caja de las Letras: to the legacies of this past Monday (starring the Nicaraguan Sergio Ramírez and the Cuban Leonardo Padura) and of Castellanos Moya, another legacy will be added that will leave the Colombian Minister of Culture in recognition of the Instituto Caro y Cuervo of her country.

One thought on “The manuscript of the novel ‘Insensatez’, by Castellanos Moya, becomes part of the legacy of the Caja de las Letras”