UAH will award an honorary doctorate to humorist and architect Peridis 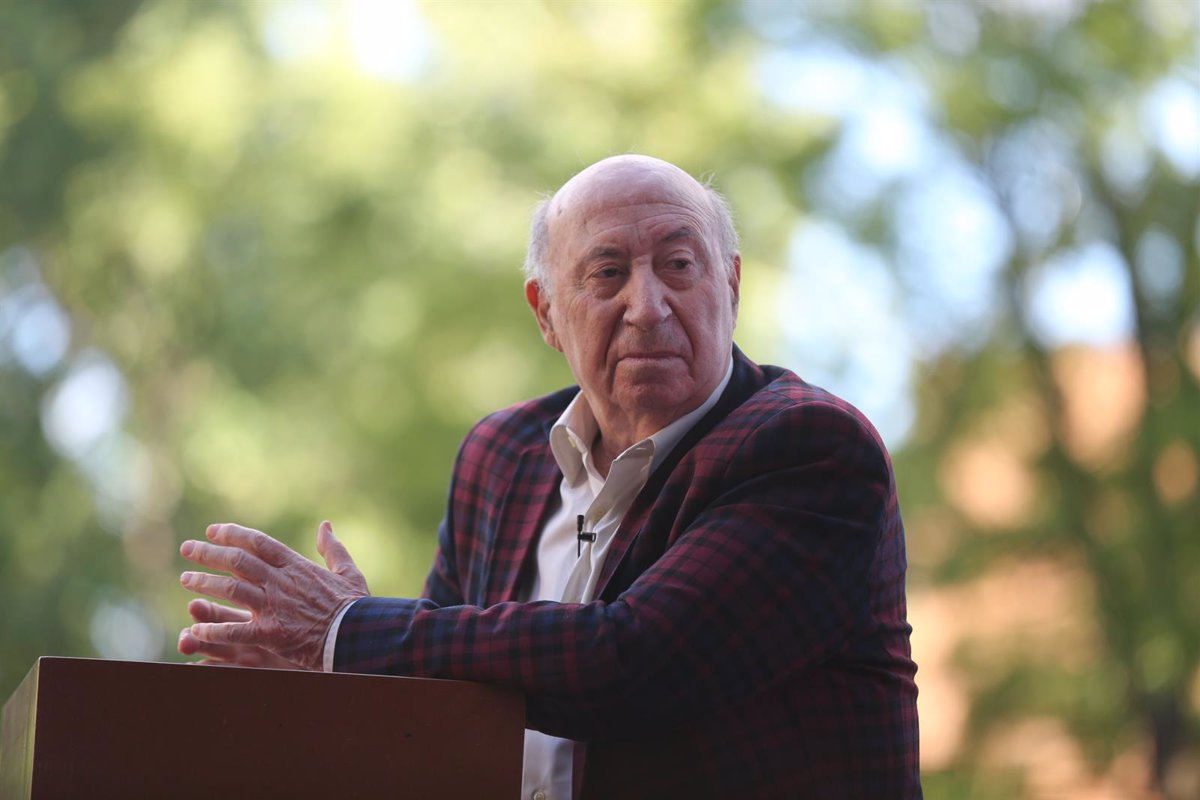 The University of Alcalá (UAH) will officially invest as a doctor ‘honoris causa’ to the humorist and architect José María Pérez González, alias Peridis, as reported by the University in a statement.

On September 28, at 12 noon, the event will be held in the Auditorium, the streaming of which can be seen on the UAH YouTube channel. Thus, from that date, the architect, draftsman, humorist, writer, educator and defender of cultural heritage will join the group of doctors who promote actions for social change.

Peridis was appointed doctor on May 26 in the UAH cloister at the proposal of the School of Architecture– The artist is the current ambassador of the Quevedo Institute of the Arts of Humor (IQH) and, with this mention, he becomes part of the cast of honorary doctorate architects such as Antonio Fernández Alba, Kenneth Frampton and Mario Docci; and the circle of graphic comedians represented by Antonio Fraguas, Forges and Antonio Mingote.

This distinction is added to the doctor ‘honoris causa’ by the University of Valladolid and the National Prize for Restoration and Conservation of Cultural Assets 2018.

PROGRAMMING TO KNOW YOUR WORK

Around the event, a series of activities will be programmed that will promote the approach of his work and career to the university community and the general public.

The first will be on September 21, at 11 am, in the Corral de Comedias, where students from the School of Architecture will be able to talk and learn about the life experience of the graphic comedian.

That same day after the talk, the exhibition ‘Peridis. Construiendo una vida ‘, a collection that reviews his most emblematic cartoons, both in the SP newspaper, then through Informaciones, Cuadernos para el Diálogo and the newspaper El País, in which he currently collaborates. It can be visited from Monday to Friday, from 9 a.m. to 8 p.m. at the School of Architecture until next October 31.

Finally, on the afternoon of September 28, at 5:00 p.m., the day will conclude with a round table on the architect. The UAH School of Architecture and the Quevedo Institute of the Arts of Humor organize this session that will be attended by Idoia Otequi, professor at the School of Architecture; Julio Rey, Director of Graphic Arts at the IQH; and Juan Carlos Prieto, general secretary of the Santa María la Real Foundation. Admission will be free until full capacity is reached and, at the same time, will be broadcast on the YouTube channels of the UAH and the IQH.

Jose Maria Perez Gonzalez He was born in Cantabria on September 28, 1941 and lived his childhood and youth between Cabezón de Liébana (Cantabria) and Palencia. There he published his first sports.themed cartoons in 1958 in El Diario Palentino.

In his role as an architect, at the end of the 70s, he carried out the restoration of the Monastery of Santa María la Real, known at that time as ‘the fallen convent’ in his hometown. In turn, in 1977, he founded the Program of Schools.Workshop and Trade Houses for the employment of youth with the support of the INEM and the European Social Fund.

He has combined his work as an architect with his work at the head of the Santa María la Real Historical Heritage Foundation and with his collaboration in associations and foundations such as the Royal Tapestry Factory, the Board of Trustees of the Academy of Spain in Rome, Association of Friends of the Museum of Natural Sciences of Madrid, Plaza Porticada Cultural Association, Friends of the Cathedral of Palencia, Friends of Santo Domingo de Silos, Círculo de Bellas Artes or Hispania Nostra, among others.