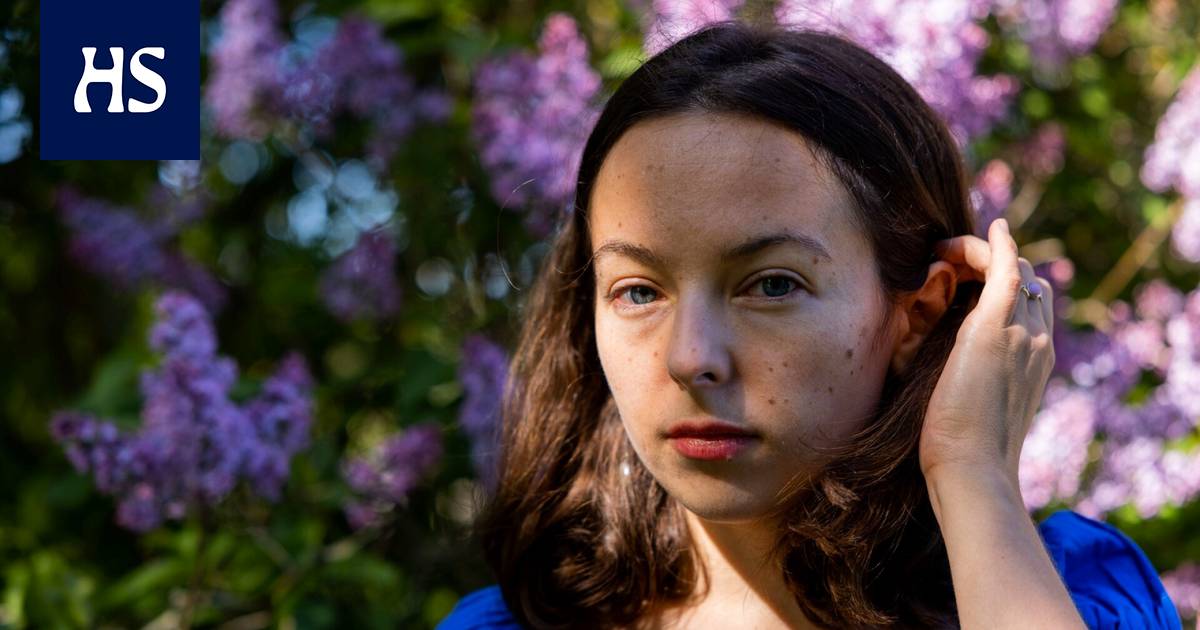 The documentary Ansa in Moscow tells how the control mechanism of the Putin regime slips into the lives of the citizens and scares them into silence. Ten ordinary young people fell victim to it.

A Muscovite Anja was an ordinary teenager who joined an online discussion group. There, young people discussed, among other things, animals and the search for life in space, as well as current social issues.

No one would have guessed that after some time, the police would rush into the homes of a group of young people and arrest them.

In court, Anja and others were accused of belonging to the New Greatness organization, which sought to overthrow the government by force. Anjaa faced a ten-year prison sentence.

Anna Šišovan (b. 1986) documents Trap in Moscow tells how it all happened. Šišova has just arrived in Helsinki to present her documentary. It describes a lawsuit that Franz Kafkalla could have had a hard time imagining.

The interview was conducted in advance, Shishova answered questions by phone from Tel Aviv. Shishova fled to Israel with her husband Dmitri Bogolubovin and his daughter Elizabeth with Russia’s invasion of Ukraine in March. Bogolubov is a filmmaker by profession. He is one of the illustrators of the documentary and assisted in its background research.

Shishova’s mother is Jewish, so the family received Israeli passports. They acquired them already in 2015 because they sensed that they might need an escape from Russia.

“In 2014, we made a documentary on militaristic propaganda aimed at young people. It was already clear that Russia was going in a worse direction, ”Shishova says.

“Russia was becoming a dictatorship. Our freedom was reduced step by step. State TV could not be believed and the whole reality was distorted. In 2018, a trial of a new size showed that no one is safe. ”

He wrote a proposal for a political program of the New Greatness, rented them meeting rooms, and organized, for example, a course to learn how to throw Molotov cocktails.

Ruslan D. was a government agent. Ruslan equipped the assembly facilities with hidden cameras, on the tapes of which the documentary begins.

“Those tapes were evidence of the trial, so we got them from the defense attorney. We just promised not to show them until the verdict, ”Shishova says.

As many as three of the 13 members of the New Size group were state agents, and two others in addition to Ruslan D. The infamous surveillance machinery in East Germany, the Stasi, was barely twisted with its ubiquitous tentacles.

From the film, it seems clear that the young people who were prosecuted were not subversive and would not have formed an organization without the incitement of a government agent.

“We wanted to show how the state penetrates the lives of its citizens. It instills fear in everyone and makes people obey quietly. It feels disgusting and awful. This case was a big shock but highlighted its mechanism. That’s why we made the documentary. “

“I was also thinking about Elizaveta. Now she’s under five, but in time she grows into a teenager and she goes online to meet other peers too. I don’t want to be treated like Anja. ”

One of the most lewd scenes in the documentary is from a session of the Human Rights Committee. It leads Vladimir Putin.

Trial at the time Anja was 17 years old. In the documentary’s images, he sits in a courtroom in a glass booth looking anxious. The film tells us that being imprisoned caused Anja health problems, including rare heart symptoms for her age. Anja’s mother Julia even went on a hunger strike to support her daughter.

The documentary also features members of the Mothers Against Political Oppression movement who say the torture of political prisoners is routine.

One of the accused young people apparently admitted after the torture that the group was planning direct action against the authorities.

Šišovan the family’s departure from Russia in early March was their own spotty adventure. They got to buy tickets just before their prices started to rise hour by hour. But their flights were canceled, as were almost everyone else at the start of the war, when most countries stopped flying with Russia.

Finnish producer of the documentary Iikka Vehkalahti tried to help them find a route out of Russia. Eventually, the family got to change tickets for another flight, but no reservations were found at the airport. They only got on the flight thanks to the kindness of one of the officers.

“There was terrible chaos in the field. I hadn’t slept in two days and started crying. The clerk pity Elizaveta, who has diabetes. Because of the restrictions, it would have been difficult for her to get medicine in Russia, ”Šišova says

“Until the last minute, we were afraid of border checks, even though we had Israeli passports, as rumors said men of military age were not allowed to leave the country.”

As information about the film has spread in Russia, Anna Shishova believes the family will no longer be able to return to the country. Picture: Linda Nguyen / HS

Anna Šišova began making a documentary during the trial in 2018 and stopped filming about a year before the war. The document still shows large-scale demonstrations against Putin, which are no longer possible.

The trial lasted three years and many of the accused were convicted. Due to her age and health problems, Anja survived relatively little.

No one knows the exact number of Russian political prisoners. Šišova says that before the war started, there were officially a few hundred of them. Since then, the number has grown rapidly. Now Russia’s oldest human rights organization, Memorial, estimates the number at a thousand. Russia’s Supreme Court ordered the organization to be wound up last year.

Independent media have also been repressed. Many journalists and Putin’s political opponents have been assassinated. Now the activities of dissidents are even more difficult and dangerous than before the war.

“Fortunately, at the time of filming, there were still some independent media outlets dealing with the trial. We were also monitored frequently, but the secret police did not know we were not ordinary journalists. The hardest part was that the risks could never be known for sure. The concern was constant. ”

Ansa Moskovassa document cannot be shown publicly in Russia. Šišova says it may be seen through independent publications in exile there, such as Meduza and Novaya Gazeta Europe, if it can evade government-imposed bans.

Trap in Moscow was born as an international co – production of Finland, Croatia and Norway. Its Finnish producer, documentary veteran Iikka Vehkalahti, was once known as the leader of the Yle Documentary Project and recently Rahul Jainin Invisible Demons as the producer of the document.

Yle Ulkolinja has presented a documentary directed by Dmitry Bogolubov, Shishova’s wife The Patriots of Putin (2019), in which Sišova participated in the scriptwriting and filming. It tells the story of the city of Yelnya, whose youth is being trained to glorify militarism and Putin.

Anna Šišova first studied history but did not feel it. He then studied document making at the prestigious VGIK Film School in Moscow.

“History wasn’t my own thing in the end. The documentary, on the other hand, was already my childhood dream, as was my father Alexei Shisov was a documentary filmmaker. ”

Among other things, Šišova is concerned about the international fragmentation of her field. Ukrainian directors call for boycotts by Russian colleagues, such as the Cannes Film Festival Kirill Serebrennikovwhich has also left Russia.

“I do understand Ukrainian filmmakers. And of course propaganda needs to be boycotted, but films made without state involvement are a different matter. Dissidents should even be supported. They are at risk of being arrested and tortured. We are trying to talk about it in our documentary, ”says Šišova.

“Nationality does not make anyone a criminal. Both we Russians and Ukrainians are all victims of the Russian government, in different ways, but in the same boat. ”

Anna Šišova will be present at the special screening of the documentary Ansa in Moscow at Orion at 5 pm. After the presentation, Ilja-Sanomat’s editor Arja Paananen, Vice-President of the European Parliament Heidi Hautala, Postdoctoral Researcher Veera Laine and Director of the Aleksanteri Institute Markku Kangaspuro will also take part in the discussion. Official premiere Fri 10.6.