“Removing the names of fascists from the streets is ridiculous” 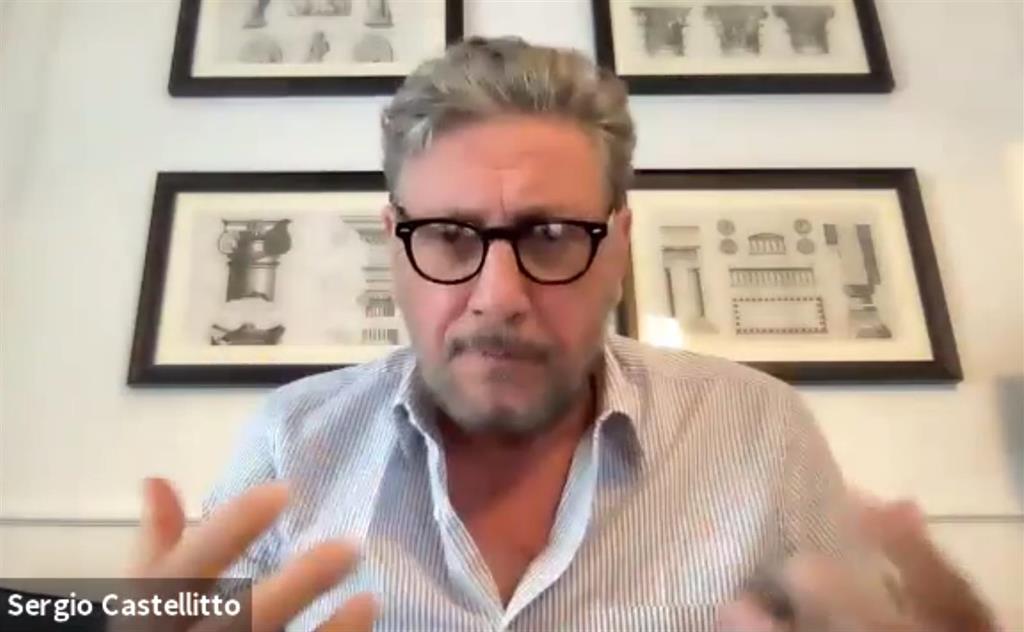 The Italian actor, Sergio Castellitto, has presented the film ‘The Poet and the Spy’, which opens in theaters this Wednesday, June 16, in which he takes on the role of Gabriele D’Annunzio, a key figure in literature and Italian politics in the early twentieth century-

In this sense, he recalled that in Italy, during the presentation of the film, someone threw a can of yellow paint at the statue of D’Annunzio: “I think that if we have to admit this gesture it means that in some way the figure of D ‘Annunzio continues to bother and this has a lot to do with censorship- ”

For the Italian actor, the left “no longer connects with the weaker social classes” and it is the populists, both in Spain and Italy, “who have been filling that gap-” “The right now with its speech has occupied the guts of the Italians, it has reached a place that was previously occupied by the left- We are witnessing a change of course and we have to face it accordingly,” he warned-

Likewise, he pointed out that “when economic problems erupt”, such as the one generated by the Covid-19 health crisis, “they generate anger” and that anger in Italy “has shifted to the right-” However, he stressed that the pandemic has made Italians rediscover “enormous emotional intelligence, closeness and enormous solidarity-”

In his opinion, fascism won at the beginning of the 20th century because “they knew how to give the population an idea of ​​the future-” “In Europe, today there is a lack of a political class to help us have a more ambitious, broader idea of ​​the future- We have become people who only talk to banks,” he lamented-

“I think that mentioning fascism as a current dynamic is a false problem- I think that, and I say this as a man of the left, the left has left a void, that if we try to fill it with the idea of ​​opposition between fascism and antifascism we will never be able to give a step forward “, has assured Castellitto, highlighting that” a real change of course is needed “-

D’ANNUNZIO, A POET WHO INFLUENCED MUSSOLINI

In his new film, Castellitto travels to 1936 to play D’Annunzio, an Italian novelist, poet, playwright, journalist, military man and politician, nicknamed ‘il Vate’ and whose ideas and aesthetics had a direct influence on fascism, serving as inspiration to the Italian dictator Benito Mussolini-

To play D’Annunzio, the Italian actor began by shaving his hair- “It seems like a joke, but if we close our eyes we have that mental image of him, with his beard and his bare skull, which is also the place of his fantasy, it is a head without hair but full of things,” he told Europa Press-

Although he has affirmed that he was documented with recordings, biographical data or listening to his voice to put himself in the shoes of the Italian poet, Castellitto has clarified that when interpreting “you have to make a clean slate”: “You have to forget everything that you have been seeing and interpreting as if you were interpreting the character born of a writer- ”

“After his death, all the intellectuals hated him- The film has been a reason to restore the poet D’Annunzio the dignity he deserved, beyond anything political, of the fascist question,” he pointed out-

Finally, the Italian actor has indicated that they liked the idea of ​​working on a character that he was studying in his school days- Thus, he has commented that it is the actor’s task to approach the character “with a student attitude, as someone who is constantly studying him” and in this way he has been able to discover “one of the most unique characters that may exist-”