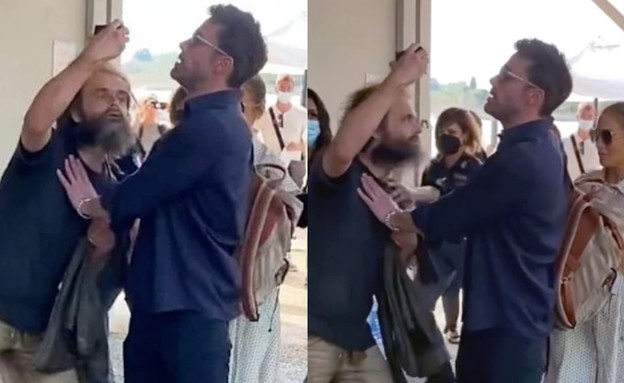 Even though they came back into our lives many months ago, we still have a hard time relaxing from the hysterical struggles of Jennifer Lopez and Ben Affleck. After quite a few paparazzi photos shared, the two officially launched their glittering relationship at the Venice Film Festival last weekend, and now, a moment after taking off from the dream trip – they were documented in a particularly romantic incident.

Ben and Jen arrived hand in hand at the airport in Venice, and marched safely towards the plane. The two were surrounded by their entourage and were accompanied by quite a few avid photographers and fans. One of the fans, too enthusiastic, got a rather menacing push from Ben Affleck, while trying to get closer to his partner – and take a selfie with her.

The fan jumped at Jay Lou without a mask and so did she, and quickly pulled out his cell phone. Ben, who was holding his partner’s hand, pushed the fan away elegantly and only after him did all the two security guards jump on him. The romantic and almost.violent incident was all recorded on paparazzi cameras, and we had another moment of contentment from the most perfect couple in the swamp.