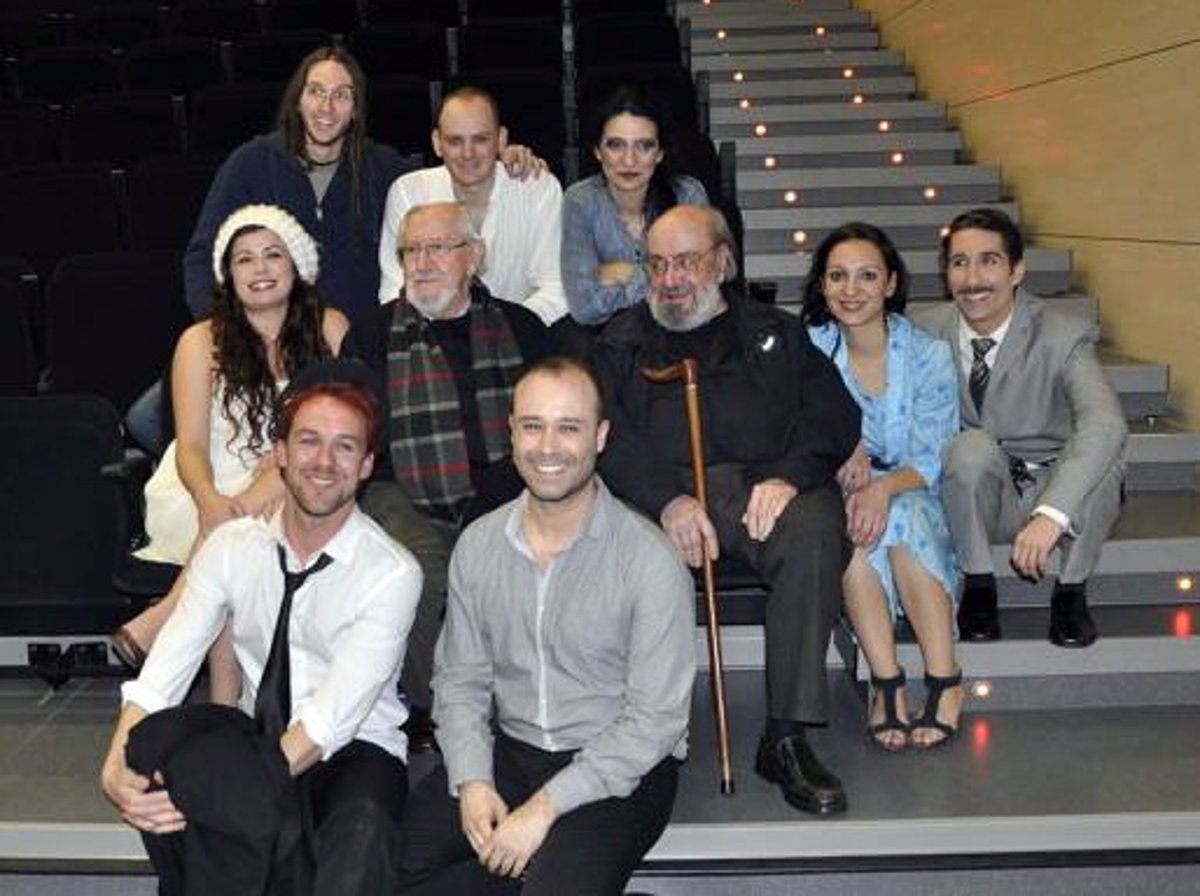 The dramatist Alfonso Tailor he has died this Friday, September 17 at 95 years of age, as announced by the municipal group Abosanitz, which recalls that “literature was his working tool and his weapon of revolution.”

Tailor has been a key playwright of the 20th century and a writer with a wide spectrum of literary genres– From a very young age, he decided to direct his life along the lines of the theater and the need to give his work a critical dimension, social and revolutionary agitation, arose.

In 1946 he founded, together with other colleagues, the avant.garde theater group Arte Nuevo. In those years he also began his work as a playwright, with titles such as ‘Sleepwalking comedy’, ‘Uranio 235’ or ‘Cargo of dreams’, among others. In 1950 he signed, together with José María de Quinto, a manifesto announcing the founding of the Teatro de Agitación Social.

In 1953, the year in which he finished his studies in Philosophy, he premiered ‘Squad to death’, a work censored after its third performance in Madrid (Teatro María Guerrero) by a university theater group.

After a first avant.garde stage, Sastre’s dramatic work is oriented towards the theme of the revolutionary transformation of the world already Squad to death‘It is followed by important works, of which he is only allowed to stage a few; in some the theme is the revolution (‘El trash can’, ‘Everyone’s bread’, ‘William Tell has sad eyes’, among others) and elements such as freedom, guilt or responsibility appear in all of them, with an action located in Spain (‘Death in the neighborhood’ O ‘The goring’), or in another country with a clear Spanish significance (as in the cases of ‘The gag’ O ‘Night assault’).

In 1961 he created the Grupo de Teatro Realista, a model of the emergency theater that he advocated. His dramatic work is very extensive and he also writes other works such as ‘Ana Kleiber’, ‘The blood of God’ and ‘The Raven’–

All of his works are in the process of being published in Hiru Argitaletxea, and in the book ‘Alfonso Sastre or the tragic illusion’ (Hiru, 1997), published in commemoration of the fifty years since the appearance of the Arte Nuevo group, his life and work have been summarized.

He has also received numerous awards, including two National Awards, one in 1985 for ‘The fantastic tavern’ and another in 1993 for ‘Jenofa Juncal’–

Sastre was a member of the SGAE since 1946 and precisely the Board of Directors of this entity had approved, unanimously on March 25, to award him the Medal of Honor. On October 4, the president of the SGAE, Antonio Onetti, planned to present it to him on the occasion of the Max Awards for the Performing Arts.

After learning of the death, Onetti has assured that the Medal of Honor will be awarded to him in any case posthumously, lamenting the loss of “a brilliant visionary and intellectual, whose lucidity and ingenuity have guided the paths of theatrical creation for more than half a century “. “He has been the patriarch of Spanish dramatic writing,” added the president of the SGAE.

For his part, the director of the Cervantes Institute, Luis García Montero, has described Sastre in statements collected by Europa Press as a “fundamental writer of the Spanish postwar period.” “Also of realism, a tradition that affects me especially. His works marked a moment in Spanish theater and I feel his disappearance”, he concluded.