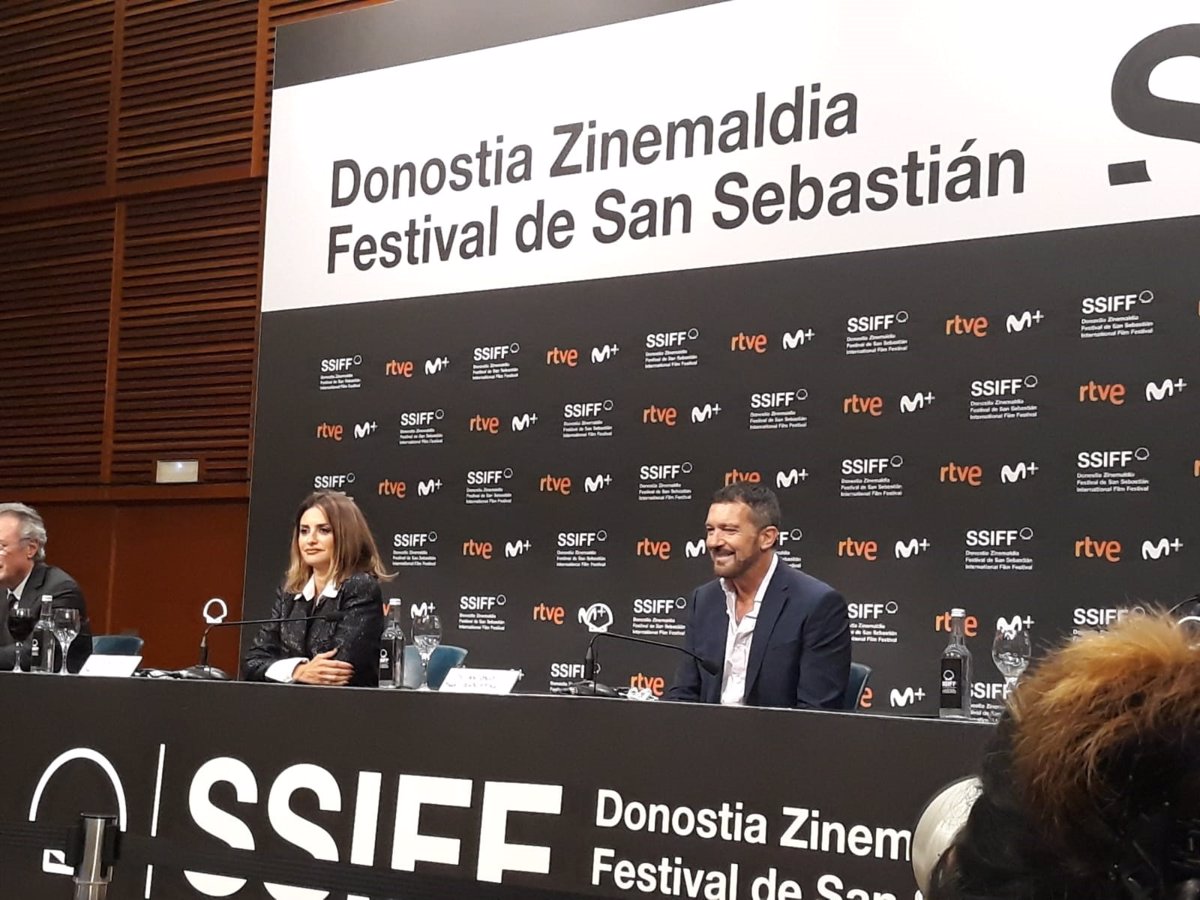 They present in San Sebastián ‘Official Competition’, an “uncomfortable” comedy about the world of cinema

The actors Antonio Banderas and Penélope Cruz have demanded greater support for Spanish cinema from the institutions, taking into account what the sector has suffered from the covid.19 pandemic. The Malaga.born interpreter has also pointed out that “when one travels to other countries” and sees the support that is offered to the cultural industry, “one feels a bit ‘let it be’ from the hand of God”.

Banderas and Cruz have made these statements at a press conference within the framework of the 69 San Sebastian Festival, which starts this Friday, and in which the film ‘Official Competition’ is screened, by Argentine directors Mariano Cohn and Gastón Duprat, within the ‘Perlak’ section, in which both stars.

Penelope Cruz has stated that the support “goes seasonally”, but “what does not change is the affection and respect” that she receives from the people. Regarding the support for the sector, he pointed out that “it depends on who is there and who decides”, at the same time that he has stressed that “there are many families who live from this” and not all are “privileged” as is his case because, as he said, “normal is not my thing.”

For this reason, he has stressed that it is “a profession that, like many others, needs support, especially taking into account what has happened”, in reference to the pandemic.

Along the same lines, Antonio Banderas has assured that the actors sometimes feel “rather used” and has criticized that in the last elections “there was not a word in the debates about culture, about cinema, theater or culture. literature”.

Focusing on the film that they have presented at the Zinemaldia, Banderas has praised the ability of the directors of ‘Official Competition’ to offer “a vision of the art world, of the way the actors interact, contributing a ridiculous and having the ability to laugh at it “, while the actors have been” generous when it comes to walking without complexes “to play the characters in this comedy.

Cruz, for his part, stressed that the film manages to “take black humor out of the process of preparing a film” and, furthermore, has the ability to “tackle absurd situations, but without ridiculing”.

Duprat and Cohn, who have participated in the press conference by videoconference, have explained that they did not consider making a comedy when they started the project with the scriptwriters, but it has ended up being a “dramatic comedy because this is our view of reality.” In addition, they have highlighted that the interpreters “act drama” in the film, which has resulted in an “awkward comedy”.

Banderas has assured that with ‘Official Competition’ they felt that they were doing “something different” that also had “scraps of Spanish tradition, perhaps something from Berlanga.” In that sense, he has once again emphasized the idea that “political correctness” is “hurting” comedy. “It is very difficult to do comedy without you running into a problem. It has become subversive and it depends on how you express yourself,” he stressed.

The Madrid actress, for her part, has confessed that comedy is a genre that has always “fascinated” her and has been pleased to have worked with the “genius” of Azcona, the “Trueba family” or Almodóvar, with whom she did not However, it has made more drama.

“It seems that something that makes you laugh is easier to do, but it is not like that,” said Cruz, who stressed that Cohn and Duprat are “masters at laughing at the absurd” and has advanced that they have “some plans to delve into that address “.