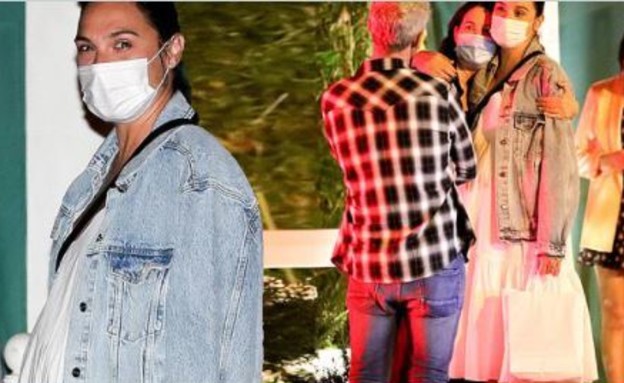 We are closely following Gal Gadot, our Wonder Woman overseas, who in a few weeks will become the mother of three sweet and adorable daughters. After spending most of last week on well.documented daytime pastimes, the paparazzi photographers of Hollywood celeb neighborhoods caught her on a night out with her husband, Yaron Versano, and we can’t help but rejoice.

The two were photographed outside an upscale Hollywood restaurant along with a mutual friend, and were the most chic couple around. Gal wore a long white dress with a cool denim jacket and flat flip.flops in black and white, and Yaron went for a rather casual look, with dark skinny jeans, a buttoned flannel shirt and black shoes. Gal and company hugged them while Shiron stood in front of them, and the whole group was the group we would most like to be in at the moment.

Gal announced her third and most exciting pregnancy in early March, just after the Golden Globe Awards. Gal arrived at the ceremony in a wide white dress and aroused the suspicion of the surfers, and after dozens of comments on the net on the subject, she chose to reveal the exciting pregnancy with a lovely family photo. We fell in love.