A never.before.seen drawing by Van Gogh is exhibited in Amsterdam 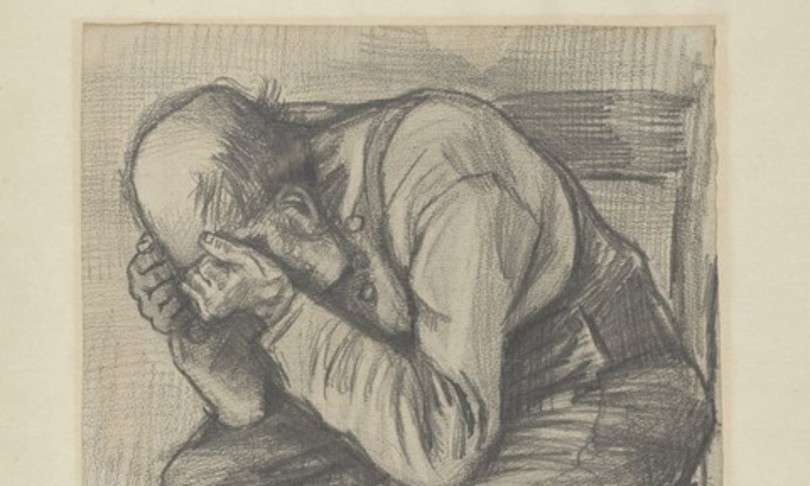 Discovered in a private collection that had kept it for over 100 years, a drawing by Vincent van Gogh is exhibited for the first time at the museum of the same name in Amsterdam. The small pencil study, dated November 1882, portrays an elderly man, tired and sad.

“This is the first time this design has come out in the open. It had never been exhibited anywhere,” he said Teio Meedendorp, a museum expert. The Dutch family, which preferred to remain anonymous, has been in his possession for over 100 years and had never loaned it; it will be returned after the exhibition ends on January 2nd.

Acquired in 1910, after more than a century its current owners have responded to the appeal launched by the Van Gogh museum to private collectors to enrich the database in its possession, asking in turn for the design to be authenticated. It is particularly interesting as it documents the Dutch period, that of the debut of the famous and most unknown painter: for this reason it arouses growing interest.

The study depicts an old farmer sitting on a wooden chair, back bent, holding his head with two hands. The Van Gogh Museum was already in possession of another similar drawing, entitled ‘Worn Out’, a theme very dear to him, frequently treated in his art. “We are proud to share this drawing of its beginnings and its history with visitors,” said the director of the museum. Emilie Gordenker, who called the find a “rather rare” event. Thanks to the letters sent by Van Gogh to his beloved brother Theo, the experts had guessed that there was a second version of the ‘Tired Farmer’.

“Finding out was a total surprise, a stroke of luck,” said Meedendorp. The two drawings, reunited for the time of an exhibition, are part of a series of hundreds and hundreds of sketches made by Van Gogh in the years he lived in The Hague: at the time the 29.year.old was training as an art dealer and was looking for to draw. Authenticating it was not very difficult due to the quality of the paper, the type of pencil used and the typical traces of the way the artist fixed the paper on his drawing board. The family, who bought it from a famous collector, Henk Bremmer, has always preserved it, passing it on from generation to generation.