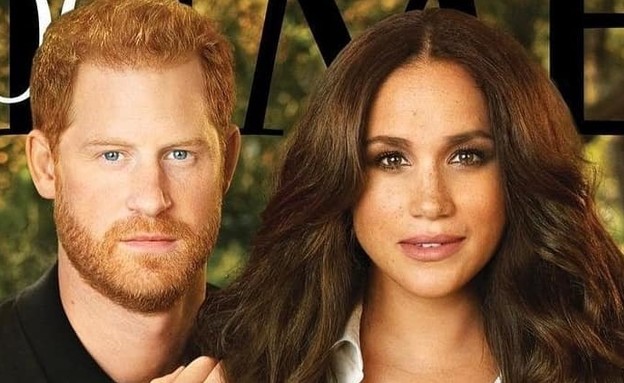 Prince Harry and Megan Merkel have aroused quite a bit of emotion in the past year among the British royal family and British citizens in general, but throughout the world they have actually won great sympathy, which has put them on TIME magazine’s 100 most influential people list. The distinguished class awarded them a series of photos for the cover of the magazine, and the network hurried down to the beautiful photos of the two.

With the publication of the photos, sharp.eyed surfers noticed that Prince Harry’s hairline – which has started balding in recent years and even treating baldness in various and odd ways – is fuller than usual. His blue eyes also looked particularly blue, and Megan also underwent considerable polishing.

Celebrity and her hair stylist and Celebrity and her body guard. That’s how bad these Meghan and Harry Time’s photos are looking. Plus what’s with this photoshop– both their freckles have almost disappeared. https://t.co/nuHHmmNJ9E

Harry’s head has been noticeably shrunk to match hers https://t.co/2C0G3wRIzs

“Harry’s hair was miraculously long,” wrote one surfer, while others claimed Harry’s face was reduced to fit Megan’s, that the editors played with the prince’s height to match the Duchess’s height, that the two’s freckles were blurred, and a host of other bizarre claims. Either way, one thing is for sure – Prince Harry and Megan Merkel look amazing, and are on the most coveted list in the world (and we, unfortunately, are not).

From Holon Police to NYPD: The Israeli best.seller will be adapted into a television series in the United States.