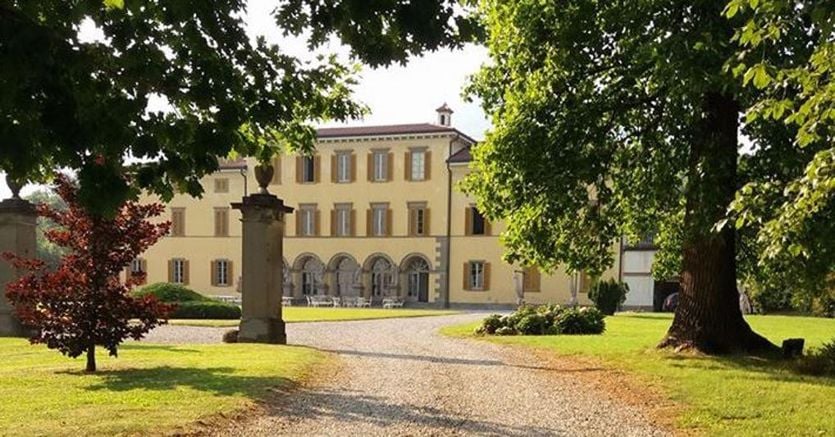 A European project to make the “young plants” that are the new artistic formations grow, like the boys who dedicate themselves to the string quartet: they are in residence in the historic Lombard villas, where we can listen to them. One of the famous authors, Max Richter, is in Rome on the only Italian date; he has written, among many pieces, the soundtracks for films and TV series such as Waltz with Bashir, Lore, Last Days on Mars; or cult series like Leftovers or The brilliant friend. While in Naples we rediscover the great Neapolitan school from the seventeenth century, which has taught the world so much.

On 30 September at Villa Pesenti Agliardi, on 1 October at Castello di Lurano and on 2 Villa Vitalba Lurani Cernuschi we listen to young quartets: Ãtma Quartet (Poland), Belinfante Quartet (Netherlands), Quatuor Gabriële (France) and Azalaïs Quartet (Spain / Netherlands). From 26 to 2 I am in residence at Villa Vitalba, thanks to the new European MUSA project promoted by Le Dimore del Quartetto. The aim of the project is to support young string quartets in the development of knowledge, skills and entrepreneurial skills that are fundamental for their career, but almost completely absent in their general curriculum: management, communication, production, distribution, physical and mental preparation. ; essential skills to transform passion into a profession.

On the 24th at the Domus Ars for the Sicut Sagittae festival, the modern premiere of the oratory (but it is musical theater) S. Antonio da Padova, by the seventeenth.century Neapolitan Gaetano Veneziano, with the Neapolitan Chapel, director Antonio Florio. Masterpiece of 1692 that summarizes the whole lesson of his teacher Francesco Provenzale, opening the way to modernity. The Ancient Music Festival for our time is organized by the Neapolitan Chapel, the most famous complex in the world specialized in the re.execution and diffusion of the ancient Neapolitan and southern musical production. The festival continues until 8 October.

On the 20th in the Cavea of ​​the Parco della Musica, for the RomaEuropaFestival, Max Richter’s only Italian date. The British composer presents two of his greatest hits: “The Blue Notebooks” (with the Max Richter Ensemble) and “Recomposed by Max Richter: Vivaldi’s The Four Seasons” (with the Finnish Baroque Orchestra). Richter’s discography has ten albums, to which is added a conspicuous musical production: soundtracks for films and TV series (Waltz with Bashir, Lore, Last Days on Mars, cult series such as Leftovers or L’amica geniale), orchestral music, for solo piano, for dance, theater. The Festival continues with music, dance, prose until November 20.