«Dune», the ambitious blockbuster by Denis Villeneuve is the protagonist of the weekend 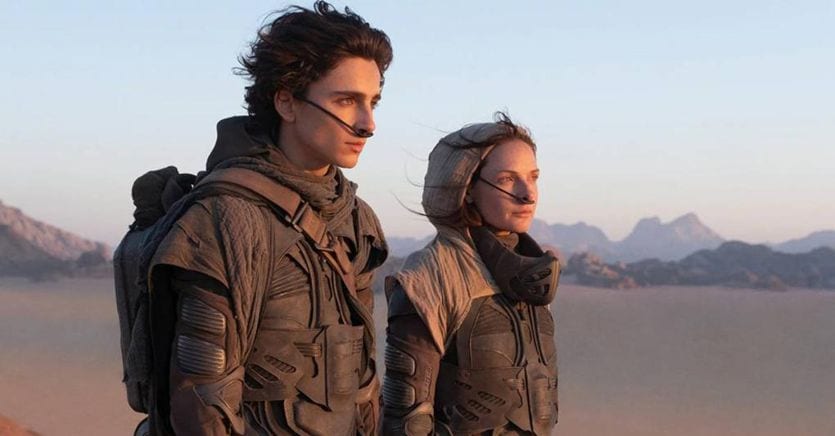 One of the most anticipated films of the year is the absolute protagonist of the weekend in theaters: Denis Villeneuve’s «Dune» arrives at the cinema, hoping to obtain great results at the box office all over the world.

Presented out of competition at the last Venice Film Festival, the film is a new adaptation of Frank Herbert’s 1965 novel, which then started a real literary saga. Other important directors such as Alejandro Jodorowsky (unrealized work) and David Lynch (with a 1984 transposition which is among the less successful films of the great American director) had already tried to bring Herbert’s complicated text to the big screen, but Villeneuve loves take up the challenges after making an excellent sequel to Ridley Scott’s “Blade Runner”.

Faithful to the pages of the book

This is the first chapter of a hypothetical film saga (so much so that the ending already opens directly to the sequel), which remains faithful to the pages of the starting book to tell the story of Paul Atreides, a young man born to meet a greater destiny of his imagination. While evil forces fight for the exclusive possession of the most precious resource on the planet – a spice capable of unleashing the full potential of the human mind – only those who overcome their fears will be able to survive.

In about 150 minutes of duration, the screenplay (created by the director together with John Spaihts and Eric Roth) condenses a lot of narrative material, but managing to simplify many passages to make them as usable as possible.

A great show with a few too many dips

Certainly there is no shortage of courage and ambition in Denis Villeneuve, who confirms his remarkable directorial talent with a long series of visually magnificent sequences, both for the use of colors and for the construction of each shot. at high spectacular rate will not be disappointed, but while watching there are several drops too many, especially in a second part that loses the excellent initial rhythm.The result is a film that does its duty well and entertains in the right way, but something more could be expected from Villeneuve, especially in terms of dramaturgical strength.