the Telefónica Foundation travels through the history of color 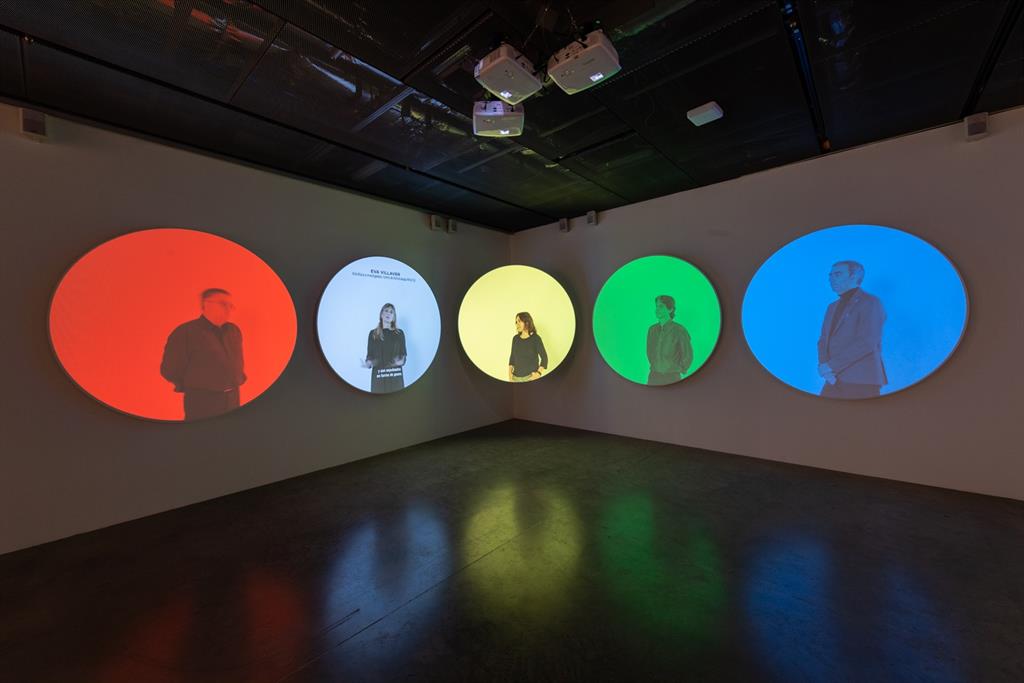 Telefónica Foundation has presented ‘Colour- The knowledge of the invisible ‘, an exhibition that will cover until next January 9, 2022 the history of colors through the scientific, industrial and technological progress, bringing together the works of artists, creators, researchers and technologists–

The first area of ​​the exhibition is dedicated to the science of color, from the revolutionary experiment of Isaac Newton to the most advanced discoveries in fields such as astrophysics, neuroscience or medicine that use both the visible and invisible spectrum (ultraviolet and infrared)-

The exhibition begins with a lighting installation dedicated to Isaac Newton’s prism, one of the most important experiments in the history of science, when he achieves separate the seven colors of sunlight and show that the rainbow is a tiny part of the electromagnetic spectrum–

In this section you will be able to see from an original edition of Newton’s Optiks, to historical experimental objects such as prisms and cabinet materials of the time and the applications of color through five video interviews with experts from different scientific fields-

Through avant-garde examples, the exhibition expands the metaphor of the Newtonian discovery in the 18th century, one of the symbols of the scientific revolution, in which color has become a tool of knowledge: from its use in astrophysics to the understanding of the composition and evolution of the universe, up to frontier fields such as their use in the design of drugs or the setting of the chromatic standard that will allow AI to exercise recognition and surveillance functions-

In the ‘Color mapping’ It will go through different attempts and approaches of color cataloging- From Newton to the present day, classical theories of color have tried to establish organizational systems, perfected color wheels that seek to fix, taxonomize and catalog visible colors in increasingly diverse and precise ranges-

Through a multimedia chronology, from the seventeenth centuries to the present, the exhibition traces these cartographic approaches to color combining original bibliographies, artistic and industrial color charts, color maps, the CIE diagram, modern chromatological systems and the new digital color charts-

However, these catalogs are no longer entirely useful for all current activities related to color science or imaging and its creative applications– At present, the representation of the colors of the spectrum is being conditioned by computer systems and AI: recently 28 new colors have been implemented that allow us to describe a reality that is increasingly mediated by screens-

The exhibition also analyzes other routes such as those of ‘Color as an invention’; the ‘Achromatic colors’ or the ‘Emotivity of color’-

“Hawkeye”: Marvel shoots arrows and is careful not to hit