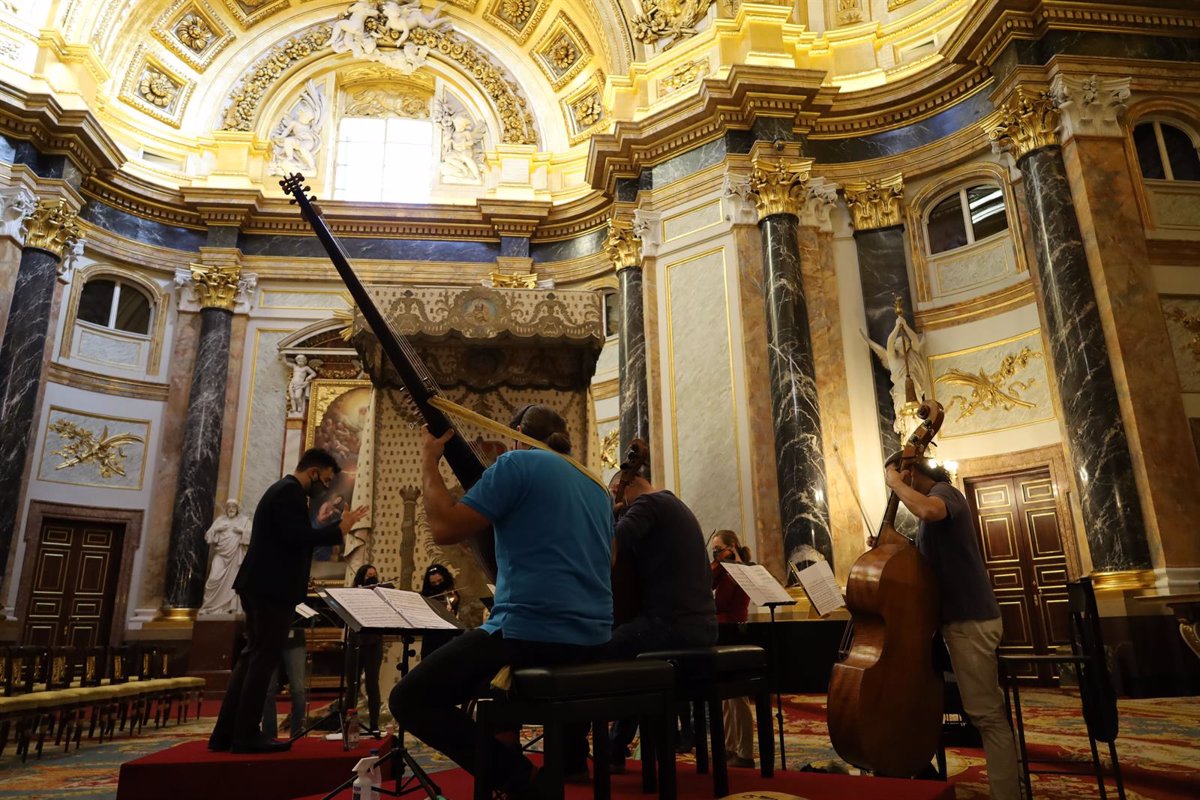 National Heritage celebrated this Wednesday, September 22 at the Royal Chapel of the Royal Palace of Madrid the concert ‘The Queen’s Secret Book: A Musical Evening with María Bárbara de Braganza ‘, framed in the Classical Music Season 2021, as reported by the institution.

The program includes a selection of arias from a manuscript book preserved in the General Archive of the Palace and unknown until now. They are the arias “of the taste of the queen” that sounded in the royal chambers of the court in the evenings in which musicians such as the singer Farinelli participated and in which María Bárbara de Braganza herself sang and played the harpsichord.

The instrumental interpretation is provided by Nereydas, a baroque orchestra specialized in early music. María Espada, one of the most prestigious and valued sopranos in this repertoire, will be in charge of interpreting the arias; and the musical and artistic direction is in charge of Javier Ulises Illán.

The concert will take place this Wednesday at 7:30 p.m. and it will be free entry until full capacity is reached. The use of a mask is mandatory and a safety distance must be maintained at all times.

The recital is part of the cycle ‘Academies and Hall Music’, with which National Heritage shows its commitment to the preservation and dissemination of the musical legacy that it treasures in its collections.

The objective is that the public of the 21st century can enjoy works of extraordinary quality that had not been performed for centuries, in a unique setting such as the Royal Chapel of the Palace.

This year’s National Heritage musical season focuses on the role of women as composers and patrons in court music, under the motto “Women in the music of the Royal Sites, past and present“In this sense, this Wednesday’s concert vindicates the figure of Queen María Bárbara de Braganza, a talented woman, passionate about music and committed to female education.

From today until December 18, Patrimonio Nacional has scheduled fifteen more concerts within the 2021 Classical Music Season.

Among the performers are the pianist Carmen Martínez.Pierret, the Manderling Quartet and the organist Jorge García Martín.

In addition, within the framework of the Sabatini Year, the Royal Chapel of the Royal Palace will host the days September 28, 29 and 30 three extraordinary concerts with works, among others, by Félix Máximo López, Domenico Scarlatti, Father Antonio Soler or Sebastián de Albero, performed by Mario Prisuelos (piano) and Laura Granero (harpsichord and fortepiano).