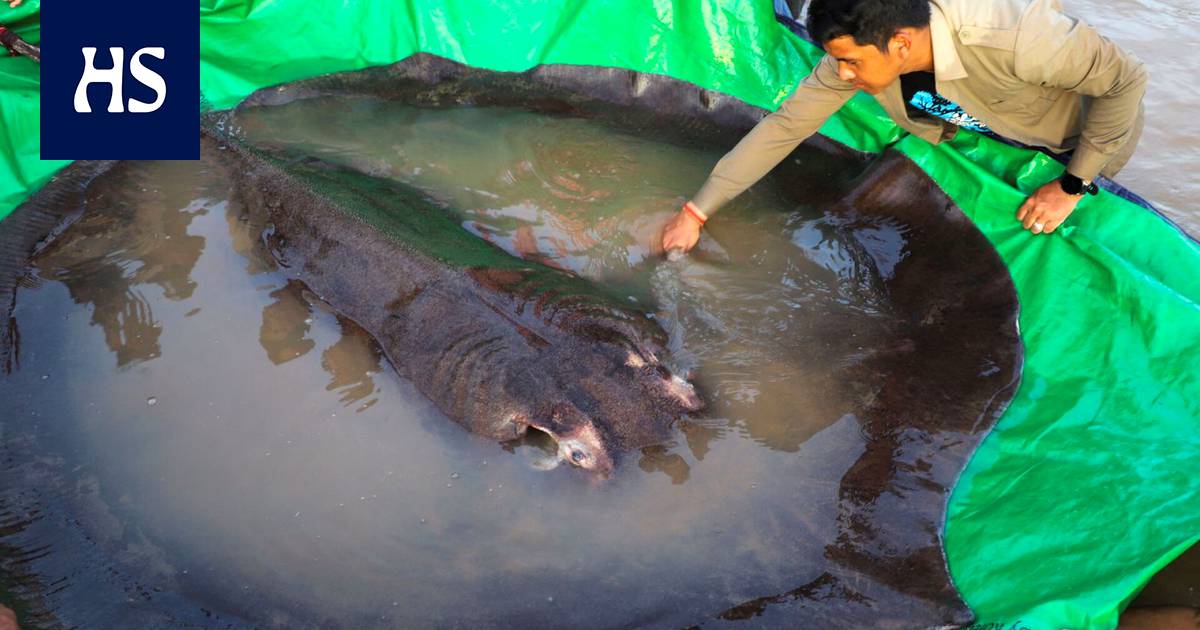 Koh Preahin a week ago, a fisherman living and working on the coastal island of Cambodia spotted a fish of a different size in the muddy waters of the Mekong River.

He called the researchers to the scene. An operation began in which a kind of history was made.

The fish turned out to be a freshwater stingray. It weighed 300 pounds. It was 3.98 meters long and 2.2 meters wide.

Once the stingray was measured, it was released back into the river with the tracking device. The matter is reported by the British Broadcasting Corporation BBC.

Researchers estimate that the stingray raised from the Mekong River is the largest freshwater fish ever documented.

The Mekong, which flows through several countries in Southeast Asia, is rich in biodiversity, but overfishing, dams and pollution have posed a significant threat to the river’s sensitive ecosystem.

“It is very rare for such a fish to be found specifically in the Mekong. We know that the river suffers from many environmental problems, ”says a biologist and professor at the University of Nevada Zeb Hogan told the BBC.

With researchers there is no official database for giant freshwater fish. However, the stingray now found outperformed, at least until now, the world’s largest freshwater fish, which was caught in Thailand in 2005. It weighed 293 pounds.

“We’ve been researching giant freshwater fish on six continents for the past 20 years. This is known to be the largest fish documented in the time span, ”says Hogan.

Hogan and his team lead the Wonders of the Mekong fish survey.