The Finnish game, which draws on the stories of the Sámi people, has received a lot of attention in the world – it was a difficult choice to make the game out of the traumas of its own culture, says the screenwriter 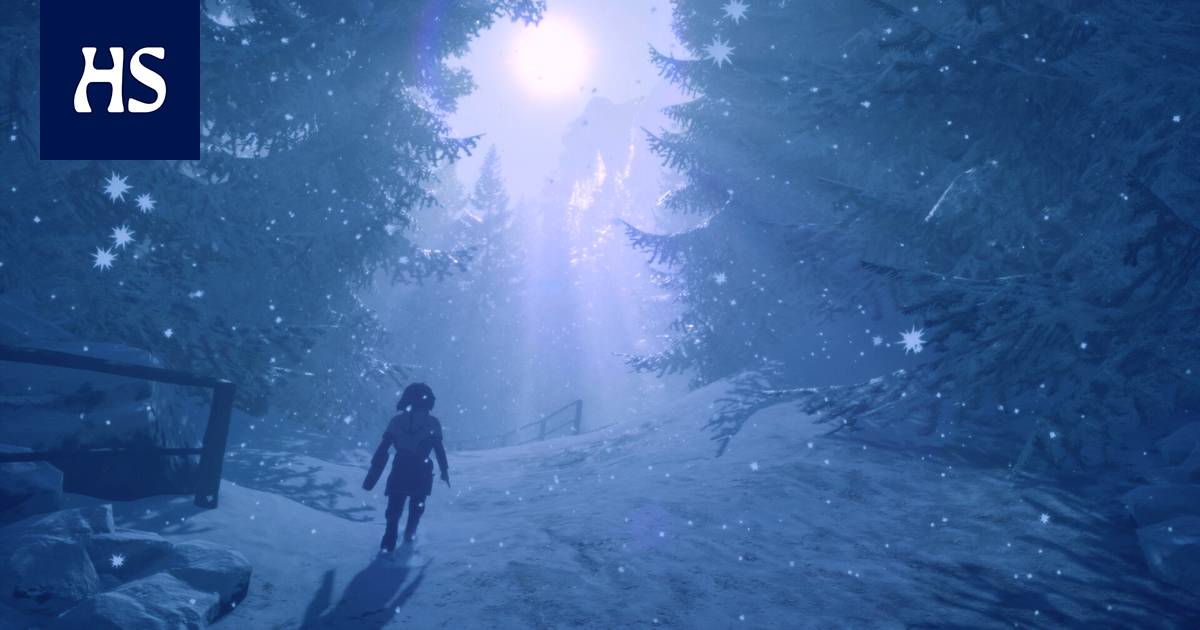 Skábma: Snowfall, which was performed entirely in Northern Sámi, has attracted international acclaim, but received little attention in Finland.

Young the Sámi boy Áilu is looking for a reindeer who escaped on his watch. The yacht takes him to an old, large cave. Suddenly in the distance it explodes and the boy falls into the cave.

There he finds the enchanted drum Goavddis. As Áilu embraces it, the spirit of the past that has emerged from nowhere tells us that Áilu must embrace the powers of Noah, the healers of the past, to save her home, threatened by a mysterious, spreading darkness. He learns to talk to spirits and shape the world and understand the secrets of his people’s past.

This is the new video game Skábma: Snowfall. It is based on Sámi stories, culture and mythology. It is the first major video game release to be developed in a Sámi-led manner and sounded entirely in the Northern Sámi language.

The game was developed by Tampere-based Red Stage Entertainment. Skábma, which means camouflage in Finnish, is their first full – length project. The small studio created the game on a small budget with a team of about eight people.

“Personally, as a writer, it wasn’t an easy choice to take the traumas and history of your own culture and start writing a game about them. It was a challenging and long process, ”says the screenwriter Marjaana Auranennamed after the Sámi Eira-Teresá Joret Mariánná.

“There are a lot of things that need to be considered and respected. Even though I am a Sámi myself, there are many things I do not know and have learned along the way. ”

Making the game was especially challenging for the production reason that there are simply no Sámi-themed games in the same category. So everything had to be created by ourselves.

“There are only a few games about the Sámi. And we’ve made half of them, ”he says Skábman supervisor Sahin Cengiz.

Auranen was inspired to write the script from his own experiences and that of relatives.

Although Skábma draws on the culture and stories of the Sámi, its plot is from the developers ’own pen. There was a lot of co-operation in the development process with, among others, Sámi artists, and through that the whole group of authors learned a lot.

It must be remembered that the Sámi are a diverse nation that inhabits a large area within the borders of four states, namely Finland, Sweden, Norway and Russia. The culture of the Sámi or Sámi is no monolith.

Skábmassa various stories from all over the Sámi country have been used. There are numerous versions of the same stories, so it was more natural to take pieces from here to here and form an original, whole story from them.

”Skábman the plot is as much a Sámi story as the old stories, ”Cengiz says.

The challenge was to find the right angle of entry. Although it was important for Auran to bring out the Sámi culture, he did not want a preaching lesson about the game.

“That’s why we started doing it Skábmaa in the same way as any other project. The gaming experience and the story above and the culture naturally attached to it. ”

They knock out confronted comments where people feel they shouldn’t be playing Skábmaabecause they are not Sámi.

“Although Skábma dealing with important issues is still an entertaining game through which it is cool to experience these different things. ”

Skábma: Snowfall is located in a beautiful northern landscape and opens the history of the Sámi people.

Skábma was released in April this year and has garnered a lot of attention internationally as well. For example, a US newspaper Wired wrote a long, laudatory article about it. Many critics have called Skábmaa an important step in the self-representation of indigenous peoples in the world of video games.

The game has not yet received much attention in the Finnish media. This confuses game developers. Skábma is, however, the first of its kind and a very significant work for young people speaking Northern Sámi, for example.

“Finland may not dare to talk about Sámi-related issues,” says a visiting researcher at the University of Helsinki Outi Laitiwhich has specifically researched video games and indigenous peoples.

According to Lait, the media space in the Sámi is narrow and cramped in Finland. Yle Sápmi produces Sámi-language content, but the Finnish mainstream media do not talk much about Sámi-related topics. At least not very versatile.

The news threshold is mainly exceeded by negative issues, which also contributes to the way the Sámi are seen in Finland.

About ten thousand Sámi live in Finland. Although efforts have recently been made to improve their position in Finnish society, it is still in many ways weak.

Mixed Skábman The developers of Laiti believe that the digital age offers opportunities to preserve and develop indigenous culture.

“It’s great that indigenous peoples are taking these means of self-expression to their own devices,” Laiti says.

Especially among young people, video games are an important way to present culture in a way that identifies them.

“Some old ways of talking about culture may no longer interest the younger generations in the same way. So if you want to maintain a language, games are a great way to do it, ”says Auranen.

A wide range of media content is important for a living and breathing culture. In this way, culture is taken forward and transformed into the appearance of its creators.

“I am optimistic that more and more of this kind of media content will continue to be produced. They are tools in this time and it is up to us how we use them, ”says Laiti.

Skábma: Snowfall is available for PC on Steam and Epic Games.

One thought on “The Finnish game, which draws on the stories of the Sámi people, has received a lot of attention in the world – it was a difficult choice to make the game out of the traumas of its own culture, says the screenwriter”

Meta will end the pilot program of its digital wallet, Novi, on September 1