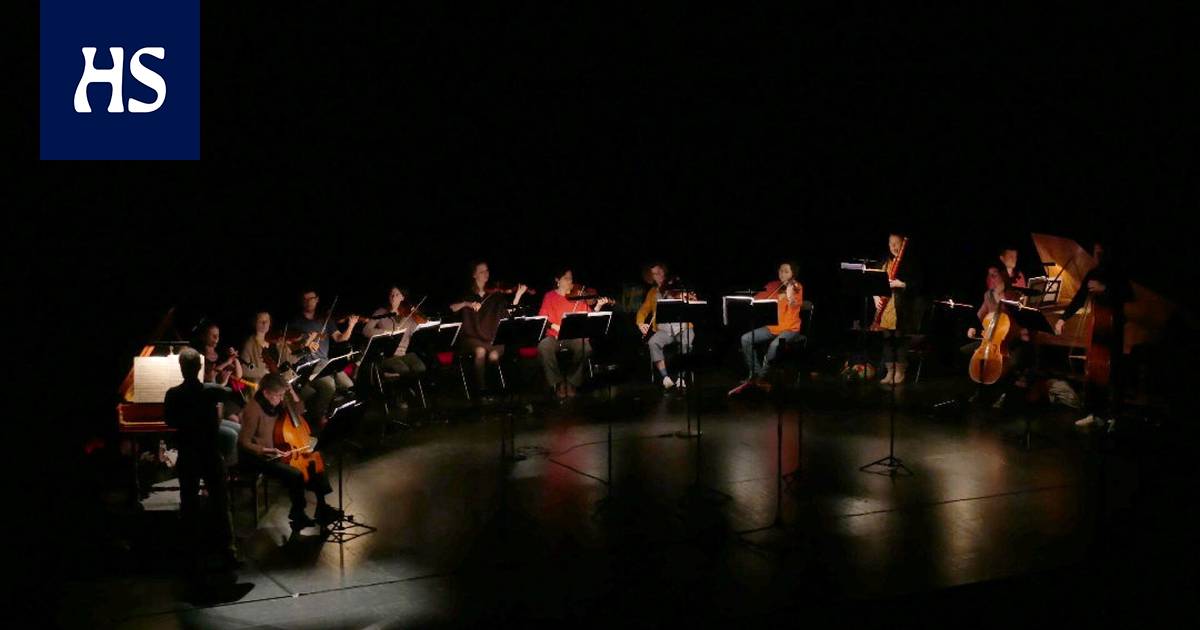 Familiarity with the rules provided the basis for the poetic vibrancy and speaking of the performances, writes critic Hannu-Ilari Lampila.

Marseille after the plague was the theme of this year’s Les Lumières festival, whose artistic director and designer is a pianist Marja Rumpunen. A completely new region in the baroque musical geography certainly opened up for many listeners.

A terrible plague epidemic broke out in prosperous Marseille in 1720. After that, the music life soon flourished. In the Baroque era, Paris did not seem to be the center of everything in France.

The guest of the Les Lumières festival was the Concerto Soave from Marseilles, who performed French opera music at the last of the three concerts in baroque costumes – without wigs.

The program had opera music performed in Marseille in the 17th and 18th centuries. Only one of the six composers of the evening, Charles Desmazuresworked and lived in Marseille.

The most famous of the French composers of the concert is Jean-Baptiste Lully (1632–1687), who created the French opera tragédie lyrique. Lully gave the lyrical tragedy very precise rules regarding the presentation of music, the correct articulation and rhythm of the text.

Concerto Soave, led by Jean-Marc Aymes, knows those rules carefully. However, adherence to the rules does not make Concerto Soave’s performances rigid, on the contrary. It provides a foundation for the poetic vibrancy and speaking of the performances.

According to the Italian adjective soave, the orchestra plays sweetly. The ensemble of thirteen players conjured up the caressingly colorful and sensual sound that often went the lightest dance step – as in the French Baroque style. Weaving jewelery patterns is his own charming Perir French skill.

Aymesin cembalo was the “soul” and rhythm motor of the orchestra. Cello, viola da gamba, bass and bassoon often duplicated the bass passages of the harpsichord. The rich-colored layering was created in the sound, where the sounds of the instruments merged velvety on the other hand, and at the same time stood out from the fabric.

The flute, recorder, and oboe joined the top, contributing to the emotional states of the songs, or describing flowing natural phenomena. Violins were the second soul of the concert, which with their pulsating means of articulation gave a lively singing and a powerful blow to the music of the evening.

Lise with Viricel is a beautifully ringing and instrumentally supple soprano, an ideal instrument for baroque music. Also a baritone Romain Bockler mastered the singing technique required by the Baroque, and the warm breaststroke of his voice brought a depth and seriousness to the performances. When he presented towards the end Gluck-aaria, opened up a whole new, noble simple world of emotion after the fantastic, decorative and dancing beauty of the French Baroque.

Rococo Costumes Joachim Wigelius and Alexander Wendelin were the speaking hand programs of the evening, which provided useful information about Marseille and the composers of the evening in both Swedish and Finnish.

Milanović’s wife could write an email. But the school was not allowed to give in and subsequently give an A