Scandal at the Documenta: banner installation is dismantled 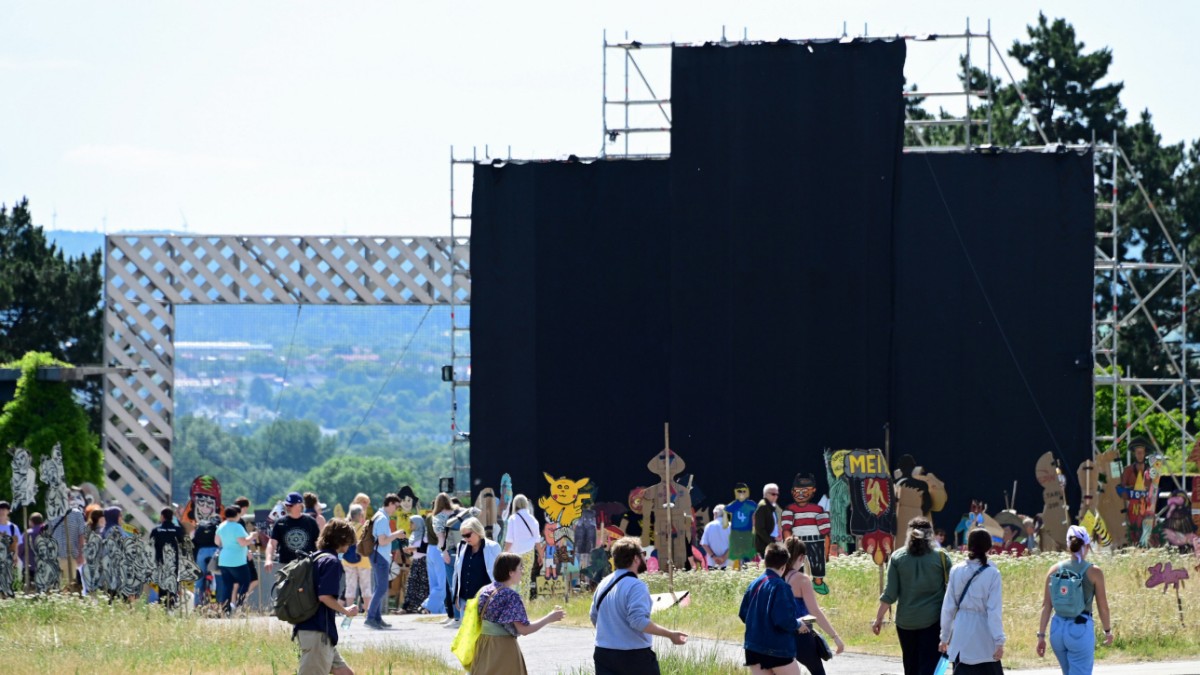 The large-scale banner installation at the Documenta in Kassel, which caused an uproar due to anti-Semitic motifs, is being dismantled. This should happen on Tuesday, said Kassel’s Lord Mayor Christian Geselle (SPD).

The work called “People’s Justice” by the Indonesian artist collective Taring Padi shows, among other things, a soldier with a pig’s face. He wears a scarf with a Star of David and a helmet with the inscription “Mossad” – the name of the Israeli foreign intelligence service. Those responsible for the Documenta initially decided to cover the work with black fabric – three days after it had been installed.

“I’m angry, I’m disappointed. Because the city of Kassel and I, as mayor, we feel ashamed. Something happened that shouldn’t have happened,” said Geselle.

Geselle emphasized that the artist collective Ruangrupa, which curates the Documenta, has always assured that anti-Semitism, racism or violence have no place at the Documenta. “In this one case, they clearly failed in their responsibilities.”

Among other things, the “Memorial to the Murdered Jews of Europe” support group had requested the dismantling. “Those responsible must ensure that it is worked out how such a picture could have been hung up in the first place,” said the chairwoman of the support group, Lea Rosh. In reference to the Documenta, she spoke of “anti-Semitism with a long announcement”. For months, those responsible had been asked to react, but it was only “appeased, ignored and moderated away”. Minister of State for Culture Claudia Roth had also spoken out in favor of removing the banner installation. The work clearly shows anti-Semitic elements, said the Green politician.

The International Auschwitz Committee called for dialogue with the artists. “It’s high time to start a conversation at this Documenta, to hear from the artists about the world view from which these pictures were created, and to explain publicly on the part of the Documenta why these pictures are met with resistance and rejection here,” explained Christoph Heubner, the Executive Vice President of the International Auschwitz Committee.

The banner was only installed after many journalists and trade visitors had already previewed the Documenta – according to the organizers last Friday afternoon. The reason given for the delay: necessary restoration measures due to storage damage. The work was not made for Documenta 15, but was shown for the first time in 2002 at the South Australia Art Festival in Adelaide.

One thought on “Scandal at the Documenta: banner installation is dismantled”