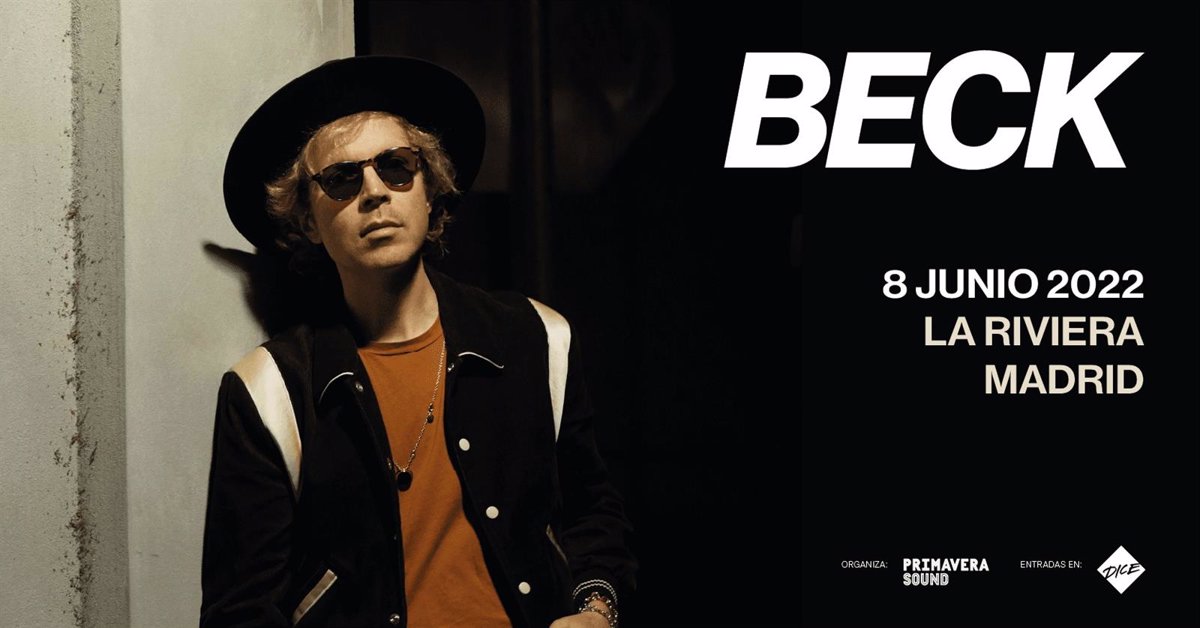 The Californian singer Beck has announced a European tour in 2022 that will take him to offer two concerts in Barcelona and another in Madrid, according to the artist’s website.

His first stop in Spain will be with the two concerts that he will offer within the program Primavera Sound Barcelona.Sant Adrià 2022 (3 of June in the Forum Park and June 5 at Razzmatazz).

Later, the American guitarist will perform in La Riviera (Madrid) on June 8, in what will be his return to the capital eight years after his time at the Dcode festival.

As reported by the promoter, Tickets are already on sale for a price of 40 euros plus distribution costs.