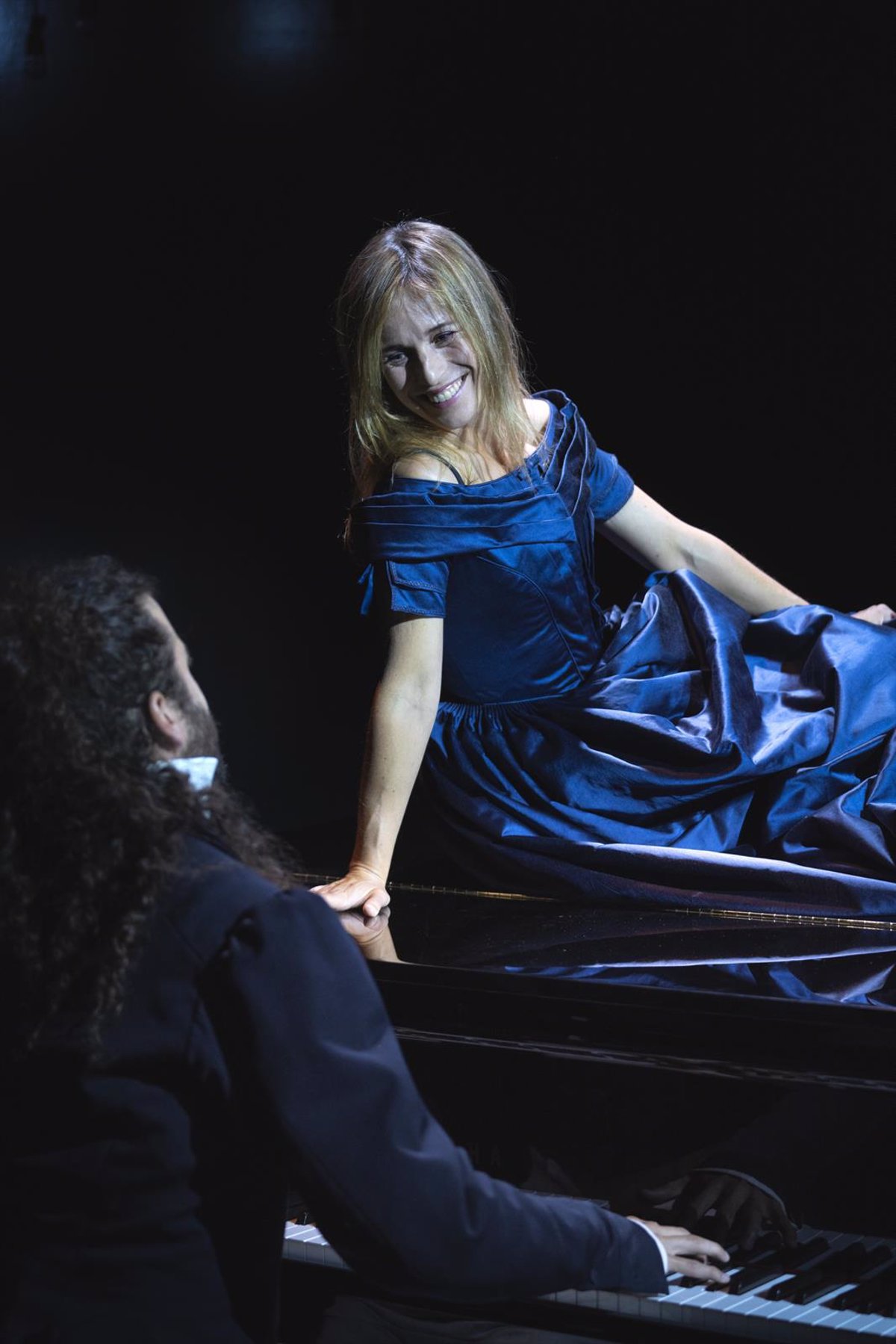 The Margarita Xirgu Hall of the Spanish Theater will host from this Thursday, June 23, the absolute premiere of ‘Los nocturnas’, a play starring the actress Marta Etura that tells the story of “love and death” between the writer George Sand –pseudonym of Aurore Dupin– and the Polish musician and composer Frédéric Chopin.

It is a work by Irma Correa directed by Magüi Mira and also starring Jorge Bedoya, an actor and pianist who performs Chopin’s music live on the piano. The show, which can be seen until July 17, deals with the “provocative” love story of the two artists in the 19th century.

“I wrote this text in the last months of my father’s life, but I didn’t know it. They always told us that there was a tiny hope that everything would turn out well, to which my mother and I clung like animals,” explained the author Correa.

“The story of George Sand and Frédéric Chopin helped me to exorcise my panic at parting. Although when I wrote it I didn’t know that my life would run parallel to it like a faithful mirror. This story connected me in a withering way with life, with death and with love. During all those months I was invaded by a frightful impotence for not being able to save my father. George Sand wanted to say goodbye to Frédéric Chopin on his deathbed, but they did not let her. I could do it, “he added. .

For his part, Mira qualifies this work of ‘The Nocturnes’ as a “wild story of an impossible passion”. “Aurore is daring, but also delicate and insecure. She knows that her life opens the way for other women. That not submitting to anyone is the real way to love without limits. That dressing as a man is a challenge to power”, has defended.

“Frédéric Chopin is sensitive, temperamental, but also shy and sickly. Aurore has fled from a suffocating marriage, Frédéric from the Russians who invaded his beloved Poland with blood and fire. He gives his heart with his music. They are two fighters against error and the recurring horror of human beings”, stated the stage director.

For Marta Etura, who plays George Sand, this is a love story, cut short by illness, between two people who “were free at a time that didn’t make things easy for them.” “What attracted me most to Irma Correa’s text is that it has a very unconventional structure: it is timeless. Time and space do not exist, there is no clear chronology or real dimension order”, she pointed out.

For actor and pianist Jorge Bedoya, Chopin “spoke through music.” “As a pianist and actor, I have the challenge of integrating text and piano at the same time. Of transmitting thought and art in two voices. A privilege”, he has affirmed.