“A psychopath is an unscrupulous egoist” 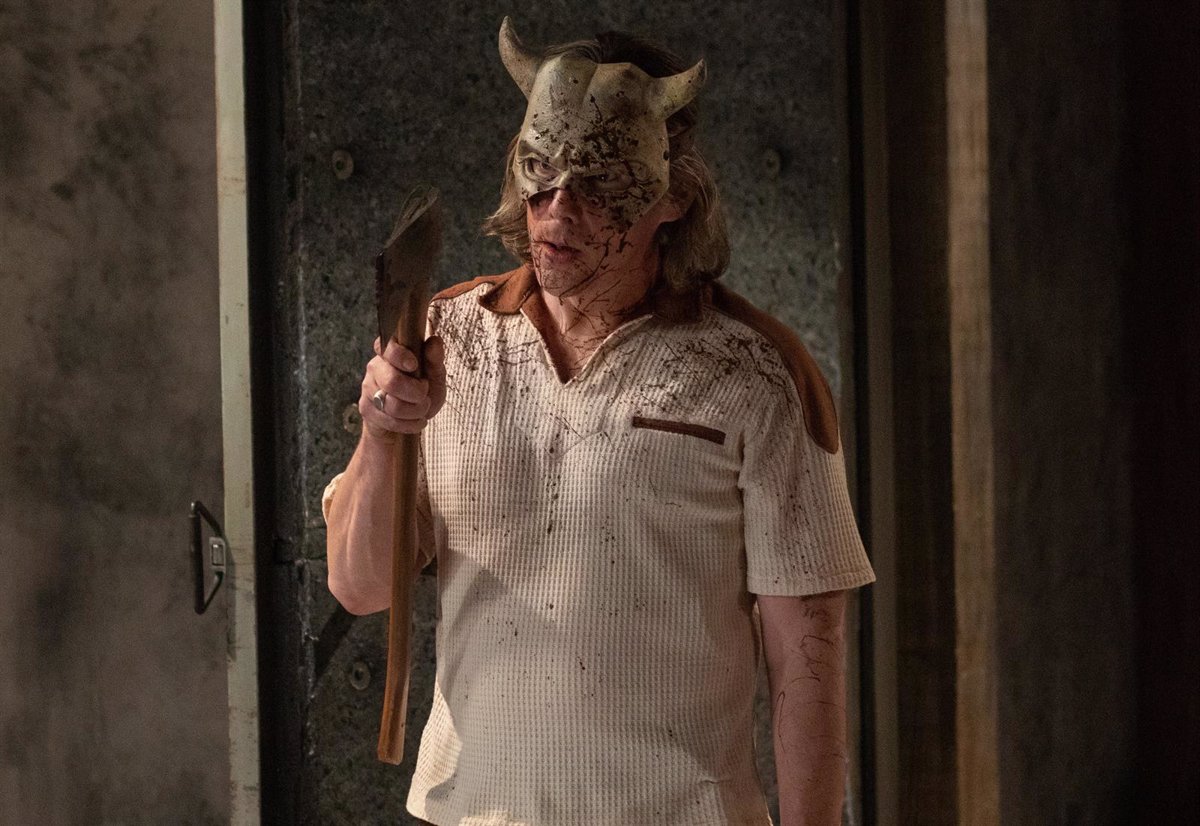 Next Friday, June 24, it hits theaters ‘Black Phone’ the new horror film Scott Derrickson (‘Doctor Strange’, ‘The Exorcism of Emily Rose’) in which Ethan Hawke brings to life a serial killer of children. A terrible but methodical criminal who recalls so many psychopaths portrayed in film and television and ranging from Norman Bates (‘Psycho’) until Hannibal Lecter (‘The silence of the lambs’ passing John Doe (‘Seven’), Anton Chigurh (‘No country for old men’), Patrick Bateman (‘American Psycho’) and now also the Black Phone killer, a masked criminal known as The Grabber (El Captor).

a figure, that of the psychopath and his reflection on the big screen which has analyzed John Henry SotoDoctor of Psychology and creator of the Conduct Analysis Section of the National Police which he has directed since 2010, and where he has developed the VERA method (criminal profiling) that is used in solving cases at an international level.

At an event held in Madrid, Soto broke down the different typology of these criminals the phenomena (both physiological and social) that could explain their terrible acts, the working mechanisms of their twisted and dysfunctional minds and the methods used to investigate crimes similar to those reported in the film.

And, curiously, Soto begins his exposition by assuring that, from a strictly scientific point of view, the concept of psychopath is controversial and debatable. “Trying to answer what psychopathy is is quite a complicated mess, because it is a more popular concept than a scientific one.“explains the expert who points out as a curious fact that all the studies on these profiles have been carried out on male prisoners, not females.

Television series, movies or documentaries about serial killers have shaped an image of the psychopath that is “deeply rooted” in the collective imagination despite the fact that, underlines this doctor in Psychology, In the scientific field, “psychopathy is not considered a mental health disorder.“Even at the judicial level, remember, it is not a term that is used formally in the processes either.

“Psychopathy doesn’t exist as such, as a mental health disorder, and that’s largely because we don’t know exactly what it is. We know that there is something… but it is difficult to define it and there is no consensus on it“, points out the expert who, as a character, exposes his very forceful and accurate definition of the psychopath: “An unscrupulous egoist“.

“IT WAS BEFORE CHICKEN OR THE EGG?”

Concepts such as innate aggressiveness in human nature inhibited by fear of punishment remorse and conscience or social norms are elements that help to understand how the mind works of these individuals qualified as psychopaths.

And to the eternal question of whether the psychopath is born or made, the answer is not clear either. “If it is a biological or social issue… It is a mixture. Both genetic issues and the environment in which the personality develops have an influence,” says Soto, who, when listing the criteria that have traditionally been associated with psychopaths, and which have popularized their image (he does not have hallucinations, does not empathize , does not get nervous, has an external charm, pathological egocentrism, impersonal sex life or antisocial behavior), stresses that his years of experience and the study of many cases, cast great doubt on these supposedly distinctive notes.

What is scientifically proven are the singularities that the brains of psychopaths present, whose nucleus accumbens, responsible for dopamine, is activated by the suffering of others. “With situations or images that would give the rest of us fear or horror, in psychopaths it produces pleasure. Their brains work differently“, affirms Solo who insists that the great mystery is still to know if these singularities in their brain morphology and functioning are the cause of their psychopathy… or if precisely because they are psychopaths their brain works differently. “Which came first, the chicken or the egg?” she wonders.

Another of the most interesting questions is why the incidence of this type of case is higher in some countries than in others. In this sense, Soto recalls how figures such as “the murderer of the Baraja” or “the murderer of the Katana” go down in the history of the black chronicle of Spain due to their singularity, while in other countries such as the United States the reality is very different… and chilling: “Here they are so few that statistically they hardly count. But when you talk to an FBI agent, they tell you that they estimate that there will be about 50 serial killers operating in the country at any one time.“.

As for the types of psychopaths, Soto distinguishes between primary and secondary. “They are different in their way of being, in the functioning of their biology and in their behavior“, points out Soto who exposes that the primary ones are those who act in a cold, calculating way and “without fear of punishment”. This last and definitive trait has a biological explanation, since in their brains the amygdala responsible for experiencing fear is less developed than in other people. Therefore, explains the expert, if they are unable to develop fear of punishment, their behavior is not inhibited and they do what they want without being conditioned by the experience.

“His hippocampus is also very small significantly lower than that of other people and, therefore, do not learn. Their fear quotient is very low. What we don’t know yet is if they have small amygdala and hippocampus because they are psychopaths, or if they are psychopaths because they have small amygdala and hippocampus“, Soto insists again, emphasizing that this primary psychopath would be “the model of murderers that would fit more with the movies” in figures such as Hannibal Lecter or the murderer of ‘Black Phone’.

In the case of the secondary, it is about psychopaths who act on impulse and, although they do learn from their experience and do feel fear of punishment, the problem here is that they have “low tolerance for boredom” and that “their desire is so powerful that they cannot be controlled”.

“These have an amygdala and a hippocampus just like the rest of people. That is, they experience fear and learn. But in this case their desire is so powerful that nothing stops them.“, points out Soto, who emphasizes that this type of murderer tends to be more violent and more “sloppy” since, by acting on impulse and without planning their crimes, they tend to leave more evidence, make more mistakes and therefore they are easier to hunt.

But as in the case of primary psychopaths, this brain dysfunction that secondary psychopaths present in that part “older and more emotional“Of our mind does not fully explain their behavior either. And it is that, says the expert”not all extremely impulsive people end up being serial killers“. “You can give them for other things, for risky sports, for example (…) We still have a lot to learn and we have to analyze case by case“, he concludes.

Director Scott Derrickson Return to horror in this Blumhouse-produced film starring four-time Oscar nominee Ethan Hawke and based on Joe Hill’s award-winning story from the book ‘Ghosts: The past is not dead, it’s not even past…‘.

“A sadistic murderer kidnaps Finney Shaw, a shy and intelligent 13-year-old boy, and locks him in a soundproof basement where his screams are useless. When a broken and offline phone starts ringing Finney discovers that through it he can hear the voices of the previous victims, who are determined to prevent Finney from ending up just like them.“, reads the official synopsis of Black Phone that arrives this Friday June 24th in theaters.

One thought on ““A psychopath is an unscrupulous egoist””