Four of the accused will be behind bars 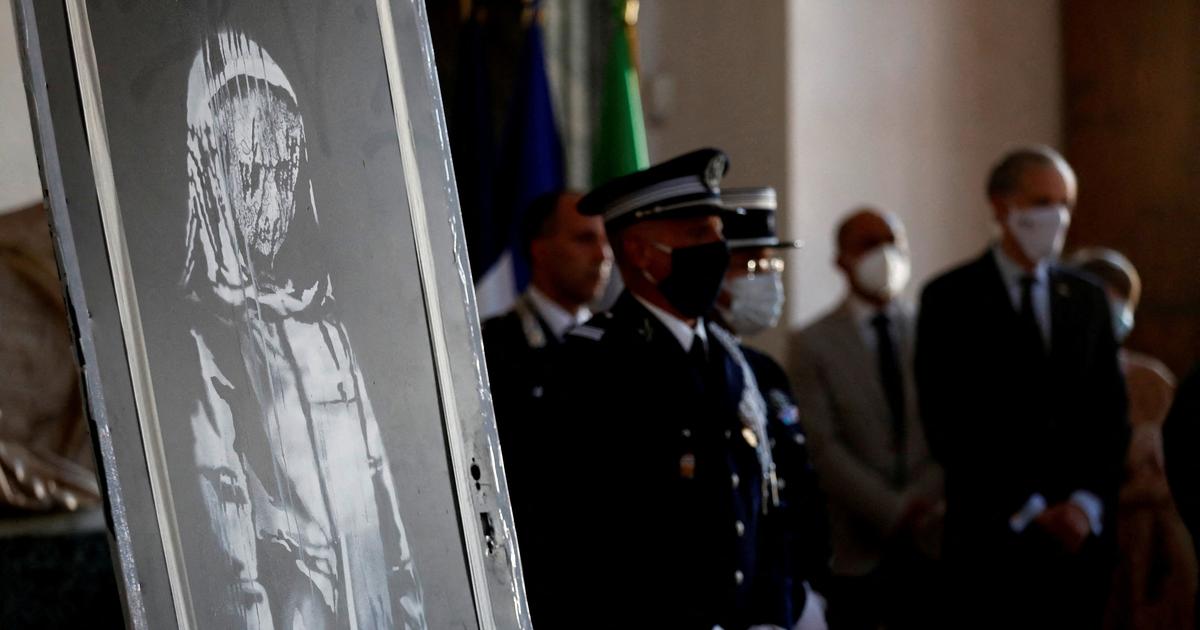 In the end, the Paris Criminal Court on Thursday found seven French individuals and an Italian to be convicted of all charges.

Aged 31 to 58, the seven French defendants and the Italian defendant were convicted guilty of stealing a Bataclan door in 2019 that was painted by Banksy as a memorial to the November 13 victims. The Paris Criminal Court condemned them on Thursday to prison terms ranging from a few months to four years.

Three people in their 30s who witnessed the heist that took place on January 26, 2019, in under eight minutes, were given sentences. Four years in jail are imposed on Kevin Gadouche, including two years with a probationary release (including obligations). Danis Gérizier and Franck Aubert have been given a three-year sentence that includes 18 months of probationary release. The only detainee, the third, expressed emotion upon being released from jail immediately, in contrast to the public prosecutor’s requests for an immediate continuation or return to detention. The court decided that they would serve the substantial portion of their sentences while wearing electronic bracelets.

Another defendant, Mehdi Meftah, age 41, a street art enthusiast who became a millionaire after winning the lottery, received a sentence of three years in prison, 20 months of which must be served there while wearing a bracelet. The court merely found him guilty of having “arranged” passage from the door to Italy, rejecting the claim that he was the theft’s supporter.

According to the attorney for one of the defendants, the decision was “extremely brilliant.”

This judgment is made as the final defense arguments are being presented at the trial for the tragic attacks on November 13, 2015, which is taking place a short distance away. The judgement is anticipated on June 29.

The Sad Girl, a piece of street art whose owner is unknown, was taken on the night of January 25 to 26, 2019, just after 4 a.m., by three masked guys. The painting depicting a veiled and distraught female figure had been put on the metal door of the Bataclan concert hall, where 90 people were massacred by Islamist militants during the attacks on November 13, 2015. The painting had been broken up and removed in a van. At that point, the Bataclan staff expressed its “deep anger.” She bemoaned the loss of the “symbol of meditation and belonging to all, residents, Parisians, and citizens of the world.” In the attic of an Italian farm, the door was eventually discovered in June 2020.

Three men who took part in moving the job at various times each received a 10-month prison term. Finally, a 58-year-old Italian who owned the Abruzzo hotel where Banksy was formerly kept received a six-month sentence with probation.

The attorney for Franck Aubert, Maître Romain Ruiz, praised the “extremely intelligent” verdict. “I am really delighted that the court decides that all of this is untrue,” he said. “We have been told a complete fiction of an attack vis-à-vis the memory of the victims for three years.” Maître Dimitri Grémont, Kevin Gadouche’s attorney, exulted that his client “came free to defend himself, he goes free.” “It is a result of the fact that, as the court acknowledged, my client had zero knowledge or understanding of destroying the memory of the victims.”

One thought on “Four of the accused will be behind bars”