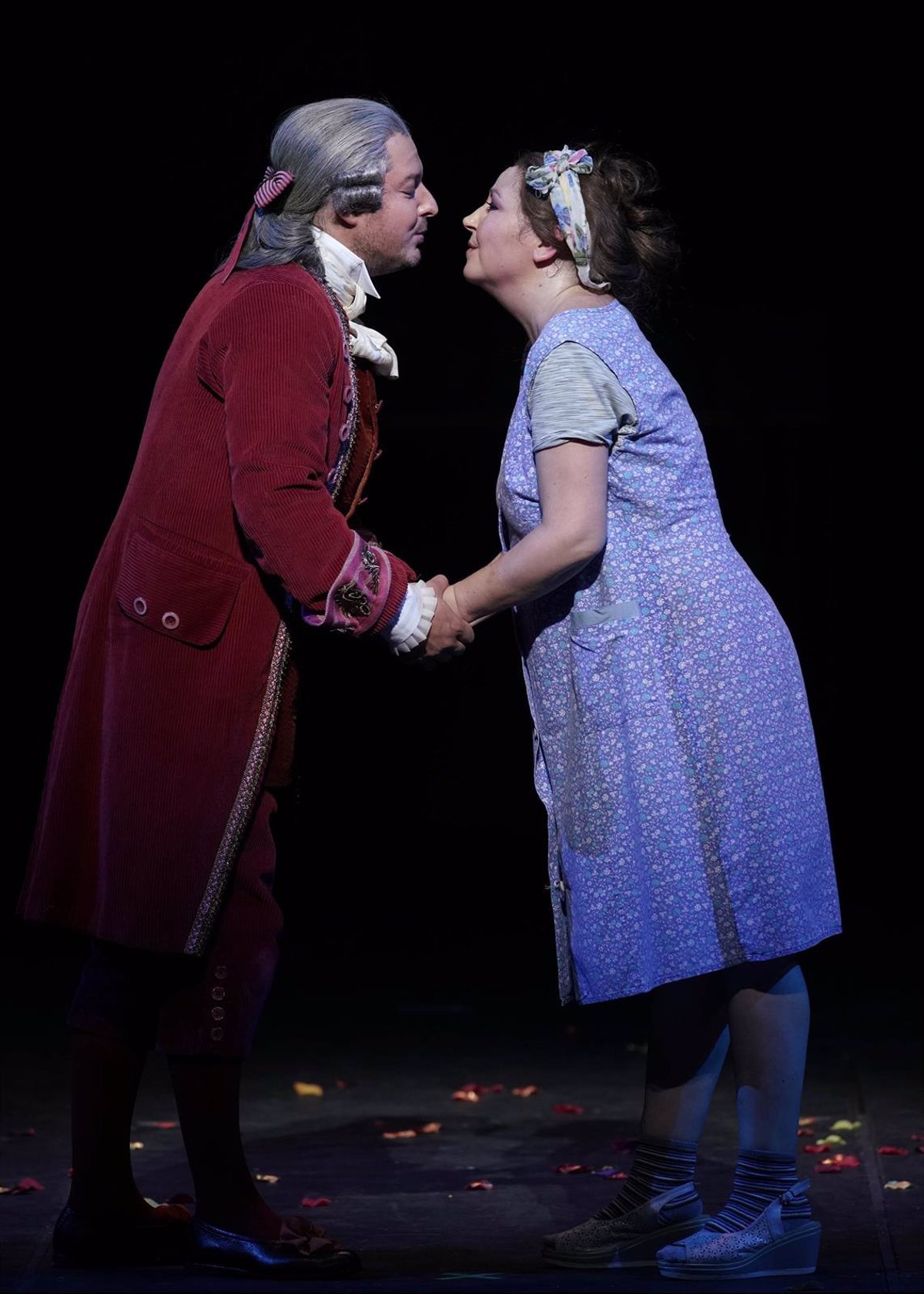 ‘La Cenerentola’ has opened this Thursday, September 23, the new season of the Teatro Real, with which it is expected to forget the restrictions of months past due to the health crisis and which has brought buff humor to the Madrid coliseum, hand in hand with a review from the story of the humble Cinderella.

The French poet and critic Teophile Gautier titled his 1854 chronicle in Paris as ‘A Cinderella without a shoe’, a text that matches what was seen in Stefan Herheim’s staging, which collects some of the most famous winks of this tale by Perrault – not the shoe, only mentioned in passing in the prelude – but which in turn introduces variations.

To begin with, much of the references that the Walt Disney adaptation has brought to the modern era are eliminated: if there was an evil stepmother in the film, here it is a greedy lout who acts as a bloody stepfather.

Cinderella pretends to be a cleaner, not just another person in the family – although the logical development of the work ends up fitting her there. And the director even allows himself to surprise the audience – a small ‘gut’ here – with a scene in which the lights point to the seats to make the audience participate in an enigma. Not to mention the mid.plot ‘religious experience’.

“It is more Lewis Carroll than Perrault”, remarked the artistic director of the Real, Joan Matabosch, when speaking of a “passionate declaration of love” of the work under the prism of ‘Alice in wonderland’. The truth is that everything happens at high speed, but also with ingenuity that raises the laughter of the public – ‘Am I a prince or a cauliflower?’, One of the characters asks himself.

‘La cenerentola’ advances by highlighting the familiar game of classes, with the prince don Ramiro posing as a servant and with the sad reality of Cinderella – exploited by his own father Don Magnífico and his perverse sisters Clorinda and Tisbe. The result, already known to many, is summarized in a phrase pronounced in the play: ‘innocence will triumph’.

All the characters have something of a lie in the montage, accompanied by that kind of ‘frenetic’ music under the baton of Riccardo Frizza –who returns to work with the Titulares Choir and Orchestra of the Teatro Real 14 years after directing, in 2007 , the Italian and French versions of ‘Tancredi’, also by Rossini–.

ONE YEAR LATER, EVERYTHING DIFFERENT

The Minister of Culture, Tourism and Sports of the Community of Madrid, Marta Rivera de la Cruz, attended the
inauguration and has highlighted the reunion of the Real with music, opera and dance in which he has described as a “unique program”, at the same time that he has encouraged citizens to go to the Madrid theaters, where it has been
The gauges returned to normal this week after having improved the epidemiological situation due to COVID.19 in the region.

Almost a year later, Real has launched a new season that promises to be totally different from the previous one, at least in terms of the ‘battle’ against the restrictions imposed by COVID.19. If then the Kings were in charge of accompanying the opening of the curtain, this time it was Queen Sofía – the monarchs had planned to go but have modified their agenda to travel to La Palma and learn about the situation of the volcano.

Also a year ago, the Nobel Prize in Literature Mario Vargas Llosa was present, who received an ovation for his words of support for culture, “made to face difficult times.” Absent in this premiere, the relief has been taken by the Minister of Culture and Sports, Miquel Iceta, who has ‘debuted’ at Real with his new position.

Despite the fact that the Community of Madrid has expanded the capacity measures and the theaters can now hold 100% of their capacity, the Royal Theater has confirmed to Europa Press that this expansion will “take place gradually”.

For the moment, for ‘La Cenenterola’ the stalls have been at that 100% – with a large occupation – and part of the audience. From the Real it has been reiterated that the priority now is to “serve the subscriber”, with seat relocations, or attention to new requests. As of today, 1,500 ex.bonuses are pending access and there is a request for 3,500 people on the waiting list, according to data from the Madrid coliseum.