Nicholas Cage was expelled from the club: “He was completely drunk” 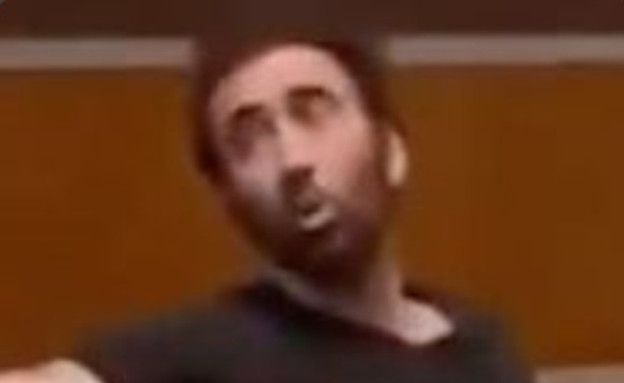 Oscar.winning American actor Nicholas Cage was documented drinking at a bar in Las Vegas this afternoon while under the influence of alcohol. Attendees claimed he acted impudently and looked like a “homeless” so the venue staff forcibly removed him

For his role in the film “Leaving Las Vegas” in which he played a suicidal alcoholic, Nicholas Cage won the Oscar. This past weekend, when he spent time again in Las Vegas, Cage was expelled from a club when according to evidence he was completely crushed after drinking expensive whiskey and tequila whips.

The actor arrived at the scene wearing leopard print pants and feet like rubber flip flops. He sat down on a side sofa and asked the waitress to serve him the alcohol. Present at the bar, he told the British SUN magazine that at first he thought it was a homeless man who entered the place “was insanely drunk” and acted impudently to the staff, when he found out it was Cage he was “just in the market”.

“He was completely crushed and got into some argument with the staff,” he continued to tell of the same case the present who preferred to remain anonymous. “At some point he took off his shoes and walked around barefoot holding a glass of tequila. Then he yelled at people sitting there, as if he was trying to start a fight with them – and then the staff of the place tried to evacuate him from there.”

“He was so drunk that he could not even put on his flip.flops when the place worker accompanied him out. He invited us to ‘continue the evening with him’ but he would have looked so finished that we decided to stay at the bar.”

Remember, this is not the first time the famous actor finds himself documented in a situation of excessive drunkenness. In March 2019, again in Las Vegas, he was completely drunk when he tried to marry his fourth wife in a city court. The past year has certainly not been easy for Cage, who married for the fifth time and also lost his mother.