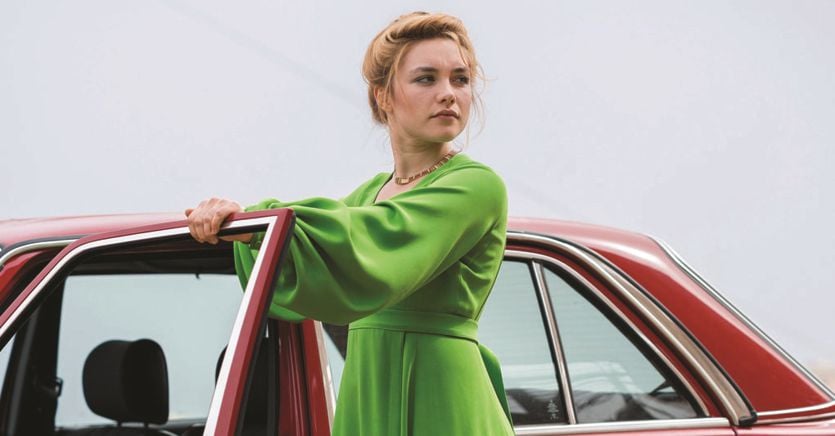 Every now and then it is good to take a break from the continuous flow of new releases and return to interesting titles that came out some time ago. A good opportunity is given by LaF, which has been proposing it again from 28 September The tambourine, a 2018 miniseries based on the novel of the same name by John Le Carré. Unlike the forgettable (and in fact forgotten) film version of 1984, the six.part miniseries manages to adapt and effectively reinterpret the complex narrative structure of the novel, also thanks to the refined direction of Park Chan.Wook (Oldboy, miss).

The absolute protagonist is Charlie (Florence Pugh), an English actress with vague revolutionary sympathies, who in 1979 was recruited by a special unit of the Israeli secret services to infiltrate a Palestinian terrorist cell. The classic elements of the espionage vein are all there: double and triple games, fake identities lived with such intensity as to question the real ones, a simulated love story that irresistibly emerges as real.

You travel around Europe passing from a London theater to a Greek beach to a Lebanese training center. But the miniseries manages with great wisdom to stay on the edge of romance, to use precisely the stylistic features of the spy novel without ever falling into tacky. At the end of the first episode, to say, there is a scene of deception and seduction, at night, on the Acropolis of Athens, in front of the columns of the Parthenon: it was very difficult that a cloying postcard would not come out, and instead the whole it is handled with such dramatic and visual dexterity that it is exactly the narrative key passage it was meant to be. Also thanks to the acting performance of Florence Pugh (Midsummer), matched only by that of Michael Shannon in the part of Martin Kurz, the icy manipulator at the head of the Israeli espionage operation.

If you want to find a flaw, in the first couple of episodes there are moments in which it is easy to lose the thread of the plot and confuse the characters, but the whole is also part of a story that talks about espionage as if it were experimental theater.