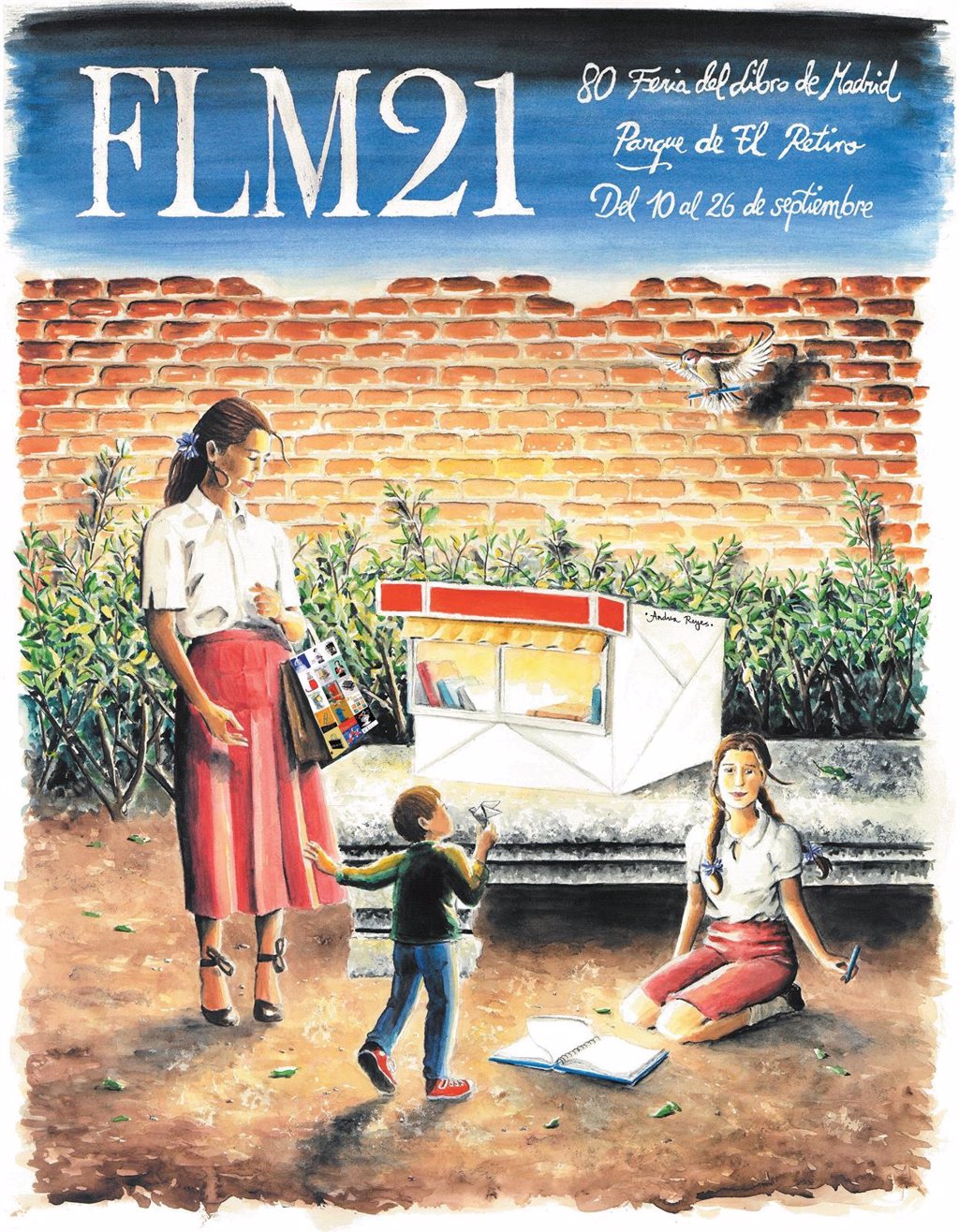 The illustrator Andrea Reyes has elaborated a “vintage aesthetic” poster as a tribute to the 80 edition of the Madrid Book Fair, which will take place from September 10 to 26 in El Retiro Park with Colombia as guest country and it represents the return of a face-to-face edition after the stoppage forced by the coronavirus.

Manuel Gil, director of the Fair, has pointed out that the author “has been able to pay a well-deserved tribute to the history of this event and to the entire reading society.” “That society that now more than ever wants the expected reunion with bookstores, publishers, distributors, and authors “, has added.

Andrea Reyes explained that this poster tells the story of a woman and her memories. “After visiting the Madrid Book Fair, far from its joyous uproar, a woman walks slowly through El Retiro with her son when a light catches her attention from the orchard of white trees, where she, many years ago, read with devotion to his first stories, “he said.

Reyes has warned that the poster, with a woman and two children on the scene, “really only shows two human protagonists.” “The key is that the character of the girl who challenges us with her eyes is a childlike projection of the character of the mother “, has indicated. Also included is an open booth “representative of a fair for all and lit with the light of knowledge.”

The illustrator has sought in this conceptualization of the project “the magic” of personalities such as Vincent van Gogh, Matsuo Basho, Friedrich Hölderlin, Emily Dickinson, Rachel Carson, Helen Keller, Joan Margarit, Eloy Sánchez Rosillo, Jesús Montiel, Federico García Lorca or Irene Alone. He also had a memory for the inspiring Belén Bermejo, editor who passed away last year and to whom the Madrid Book Fair will also pay tribute next September.

As in the four previous editions, and under the direction of Manuel Gil, the artist has been given total freedom to create her work, Andrea Reyes being the sixth woman in the history of the Madrid Book Fair to carry it out, after Nuria Riaza (2020), Sara Morante (2019), Paula Bonet (2018), Ena Cardenal de la Nuez (2017) and Ana Juan (2006).