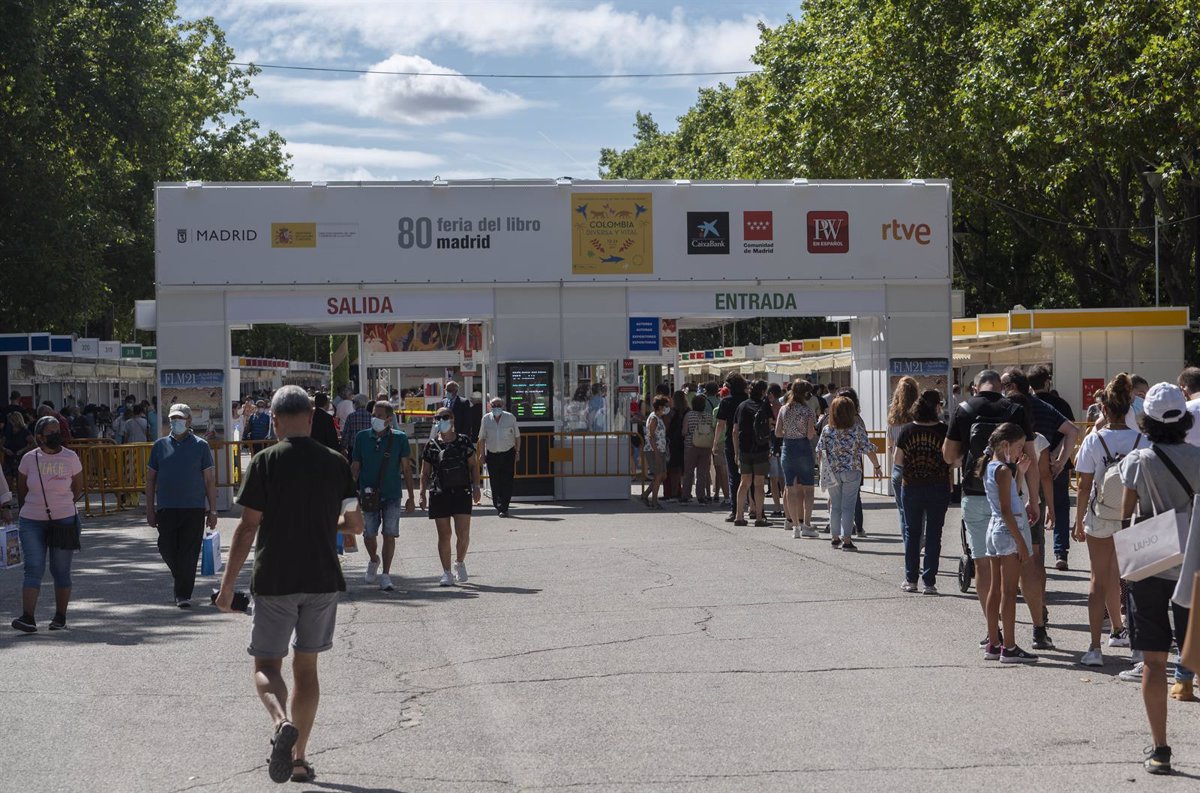 The director of the Fair assures that there was a raffle and defends himself: “Presuming bad intention is an obscene thing”

About thirty publishers have lamented the “Silence “from the Director of the Book Fair, Manuel Gil, faced with what they understand as “a comparative grievance “of the organization for having been displaced to an area known as the central island, in which fewer sales have been registered due to the low visibility of the positions.

In a joint statement collected by Europa Press, these publishers have acknowledged “knowing the rules of the game”, although they consider that the fair on this occasion has “consciously sacrificed” them.

“Faced with such a comparative injury, we have waited, in vain, for a statement to clarify what happened., the promise that something like this will not be repeated and compensation to those affected, through a refund of the exhibitor fee or a reduction in the next edition. Worse than the statement is being the silence that follows“, have pointed.

Thus, they claim to understand that organizing an event like the Fair “in these conditions is difficult.” “The space had to be shortened and many booths were confined to a central island, that the public visited less because they were not familiar with it and because it alternated exhibitors, beach bars and institutional booths “, they have justified.

In this sense, they have explained that the reunion with the readers “was the important thing” and, therefore, “Like other years it touches sun or shade, a centered or corner location, in this very special edition the result of the ‘raffle’ was accepted with resignation (or humor)“.

However, on the last day of the fair, the event director, Manuel Gil, described it as a “heterdox solution but necessary to include them all.” “This solution was proposed so as not to exclude people under the extreme measures that conditioned this fair “Gil added, thus ruling out that they were there by lottery.

“The publishers of what Gil called the ‘experimental space’ invoiced 40% less than the others. Taking into account that the organization has perfectly mapped the space, It can be deduced that the ‘experiment’ was not such, since they knew what the consequences would be and that is why they sent us there“they have lamented.

These businesses have reiterated that the COVID.19 pandemic has had “uneven effects” in the world of books, since while Amazon “skyrocketed” their sales, small bookstores “have had to deal with an almost unsustainable situation.” “With the wind against it, it is normal that smaller seals are more affected, those that are not surrounded by a large group“, they have recognized.

ASK FOR “SUPPORT” FROM THE FAIR

“It is the logical thing, and the small publishers face it. We bring to light books that others would not publish and we often bet on authors who will later sign up for large groups”, they added, and then ironically about the label of ‘editorials of the experimental space’ .

“To the organization of the Fair and to its director we owe, yes, a renewed identity. Before we were only small publishers. We also owe them the energy with which we have put ourselves, precisely, to experiment with new ways of organizing in a time of crisis. in which we cannot allow our union, which should be our main ally, to turn its back on us, “they lamented.

In this sense, they have demanded the “support” of the organization – “maybe we are not a large group, but we can become a very large group”, they concluded. Already This past Tuesday, September 28, some of these publishers made public their dissatisfaction with the location at the fair.

MANUEL GIL, FAIR DIRECTOR: “IT WAS A BUSINESS RISK”

Meanwhile, the director of the Book Fair, Manuel Gil, has defended in statements to Europa Press that there was a draw at the end of May – in the awarding of booths, only those of 4 meters or 3 meters are differentiated based on the depth of catalog and other criteria – and has assured that “assuming bad intentions is obscene.”

“Having suppressed the upper part of the route in this edition, it is true that 120 more booths had to be put in“, Gil has had an impact, who points out that the creation of that island was” an integrating solution “for which the fair has even lost money.” In that part there were commercial booths that contributed money, “he said.

“In the end, the fundamental decision was made with the best will in the world, I have defended independent publishing a lot. Here there are like 80.90 small publishers and we made the decision of the island, in which everything that had fallen has fallen. a small catalog fund. It was a business risk, it could go wrong as it actually did, but as far as I remember, no one protested when they were sent location“, has added.