Be a good seeker in the golden age of podcasts 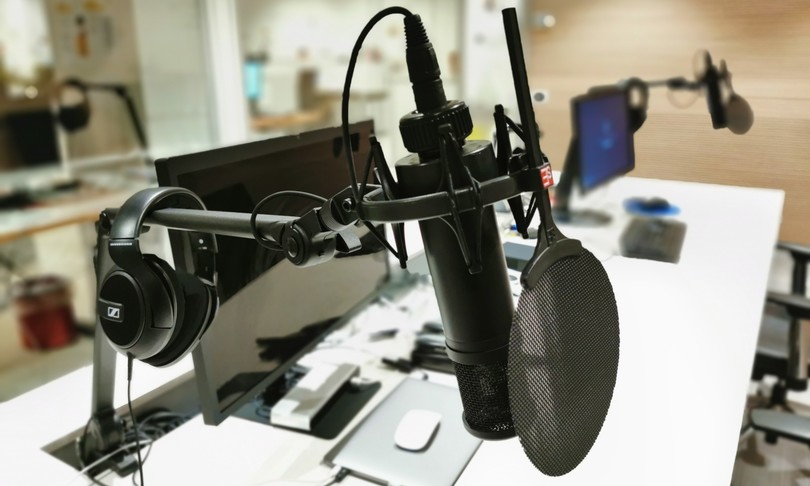 We are in the golden age of podcasts. The numbers speak for themselves: lovers of stories to listen to are constantly increasing. The latest Nielsen photograph certifies an audience growth of 15 percent in a year, going from 12 million listeners in 2019, to 13.9 million in 2020, almost two million more people. And since even Professor Barbero, the most beloved professor of medieval history in Italy, has become the protagonist of an audio series that collects his lectures, it really seems that the phenomenon is only destined to spread. Agi talked about podcasts and their market with Jonathan Zenti, audio and podcast designer, who grew up in the North.East but Milanese by adoption, with over 18 years of work and research in the sector, today he is considered one of the leading experts in Italy in this field. Zenti will be from 1 to 3 October at Internazionale in Ferrara, the journalism festival of the weekly Internazionale, where it will bring the new edition of Mondoascolti, the first review of Italian audio documentaries, created this year in collaboration with Spreaker.

What is the podcast that marks the Big Bang of podcast.mania?

I don’t think there was a Big Bang, a single moment that started a phenomenon. The passion for podcasts grew progressively from 2006 to 2015, in a phase that those who lived it call “Radio Revolution”: a period in which podcasts, incorporating new elements from music, TV series and art, they began to be creatively more interesting and powerful than radio. There have been cases more evident than others, such as Serial in the United States, which however would not have existed without the experience of This American Life and the other podcasts that were changing the audio world in those years.

We can compare the use of a podcast with that of a film, for example, beyond the evidence, the lack or the predominance of images, what distinguishes the two uses?

In this period in which I am more passionate about productive issues than creative ones, I would answer “the ticket office”. Cinema is an industry that has rules and customs that have settled over the course of a century. The podcast is still a land of conquest, with rules to be written (in particular with respect to the exploitation of content). There is enormous leeway to invent something new, but at the same time huge legislative gaps that should be filled and enormous freedom of movement for cheaters. As for the experience for a viewer, the uniqueness of the audio experience (but always, not only with the podcast) is that of not having a distance from the content, of not having to be at a certain distance to enjoy it, but to be able to stay inside it, to be part of it, because listening is like a bubble that wraps our head and puts us at the center of a story.

From an economic point of view: do you make money with the podcast? What is the business model of podcasting? What market is the Italian one?

With the podcast, as with any other form of art, you can get rich, you can earn, you can support yourself and you can lose out. There is money, but not all. It is important to remember that the podcast is not a content or a form, but it is a technology for the diffusion of audio files, so it is important to know the technology and audio as a language in order to be able to keep the reins of one’s own path. And also for this reason the business models are different, and depend on the assumptions and objectives. The Italian market is obviously smaller than the US one, but the most interesting thing right now is its potential and expansion. We are in the moment when we need better content and we need companies that believe in the potential of the medium, that invest in advertising. It is an organic movement that has already started a couple of years ago, but the next two could have an acceleration capable of taking podcasting out of the sphere of “curiosity” by turning it into the orbit of cultural products to be reckoned with.

What is the podcast market in Italy? Who are the big names? Who are the “small but beautiful”? It helps us to reconstruct the landscape.

Being part of the landscape, I struggle to reconstruct it objectively. There are names that have established themselves in recent years, from multinational listening companies, to publishers, to production companies. Just scroll through any ranking from Apple or Spotify to draw points on the map. The landscape I look at is that of honest talents, of those who make podcasts out of the need to do so, without thinking that their product is beautiful and important just because they do it. I have a strong allergy to anything pretentious. I believe that Chiara Galeazzi and Tania Loschi from Réclame are unique voices, Giulia Depentor from Camposanto, John Modupe himself who will come to Ferrara, Filippo Ferrari, Johnny Faina. And then in a world close to podcasts there are the audiowalks of Marco Stefanelli and those of the collective Wundertruppe, the theater of Muta Imago, the sound research of Radio Papesse. Quoting a song by the Amari group, “The solution is in the corners”. And that’s where I like to search

What can we expect for the future? Trends? Are you coming back?

Good astrology does not predict the future, but looks at how the present repeats itself. We are in a phase in which very, very few, make podcasts for the listener. We oscillate between a constant “I”, where the productions are made to caress a more or less huge ego, and a “them”, podcasts made for others, be they brands, financiers, bosses, publishers. As I said before, if we are here talking about podcasts today it is because there was the movement of the Radio Revolution that for a certain period put the listener at the center of its attention, focused on a direct, honest “you” , brutal, which, however, has glued a generation to their cell phone and headphones. What we have to expect so I don’t know, but what I hope is a movement of authors who use the podcast to entertain the listener, to take him on a trip, to make him feel good – or bad, but whatever it is. in the center. A movement that can gain from the podcast but not as a goal, if anything as a consequence

Can you tell us about your problems? the podcast.catchphrase of the pandemic?

Problems was born in 2019 from the need to play a little with the Italian podcast landscape that was changing a lot and quickly. The initial idea was to make a fiction.mentary where a hypothetical but likely version of me was trying to “make money” with podcasts, and then each episode talked about one of the reasons why I couldn’t do it. I would not have imagined that a total blockade of an entire planet would come between these, which I tried to document as it was happening. The thing that surprised me was the response from the listeners. I touched some nerves that I never imagined existed, and for many, talking about frailty and fatigue due to three months of isolation was a way to accept what we discovered about ourselves during the first very hard lock.down.

Can you tell us the 3 must.see podcasts to understand today’s world?

These are the questions I hate the most because I never know which ones to choose. It is a huge responsibility. I would say what for me is still the most beautiful Italian podcast ever made, which is Viaggio in Italia by Guido Piovene from 1954, which can be listened to on Radio Techetè. Of course, then the podcast was still a distant technology to come, but its form, the writing, the work of the formidable newsroom of the time, would be the envy of any contemporary executive producer. The podcast I rediscovered during the pandemic was Seeing White, the second season of Duke University’s Scene on Radio. A personal and planetary, contemporary and historical journey on how we created the idea of ​​“white” and supremacy. And to close I would say to continue listening to Alessandro Barbero’s Podcast: not only to understand today’s world by putting together the pieces of yesterday’s world, but also for the precious gift that Fabrizio Mele continues to give us, who without asking for anything in return continues to collect Barbero’s lectures, arrange them and publish them for the community of listeners.

To conclude, what should we expect from this new edition of Mondoascolti, number 9?

This year, thanks also to the contribution of Spreaker which supports the exhibition, we have taken a step that we had been thinking about for some time, but that Covid had stopped, that is, we open the horizon also to Italian production, while remaining faithful to the issues dear to the Festival. In room 3 of the Apollo Cinema we will always have 3 documentaries in foreign languages ​​with subtitles, in addition to 6 presentations of Italian podcasts that somehow left a mark in 2021. The documentaries tell of a man who has spent his entire life in try to return to live in Chernobyl, a conflict between elephants on the border between Angola and Botswana and an elderly couple who decide to face the end of life path in Switzerland. For the Italian podcasts instead we will tell the story of the first woman to have made a public coming out in Italy with Sara Poma, we will talk about comedy and politically correct with John Modupe, again East with Eleonora Sacco and Angelo Zinna, of how to find out podcasts with Chiara Sagramola and Giacomo Bagni, about Alessandro Barbero’s success with Fabrizio Mele and I will talk a little about the first lockdown with my Problems podcast.