Iceta advances that the new Cinema Law will be at the end of 2022 and, in October, the copyright directive 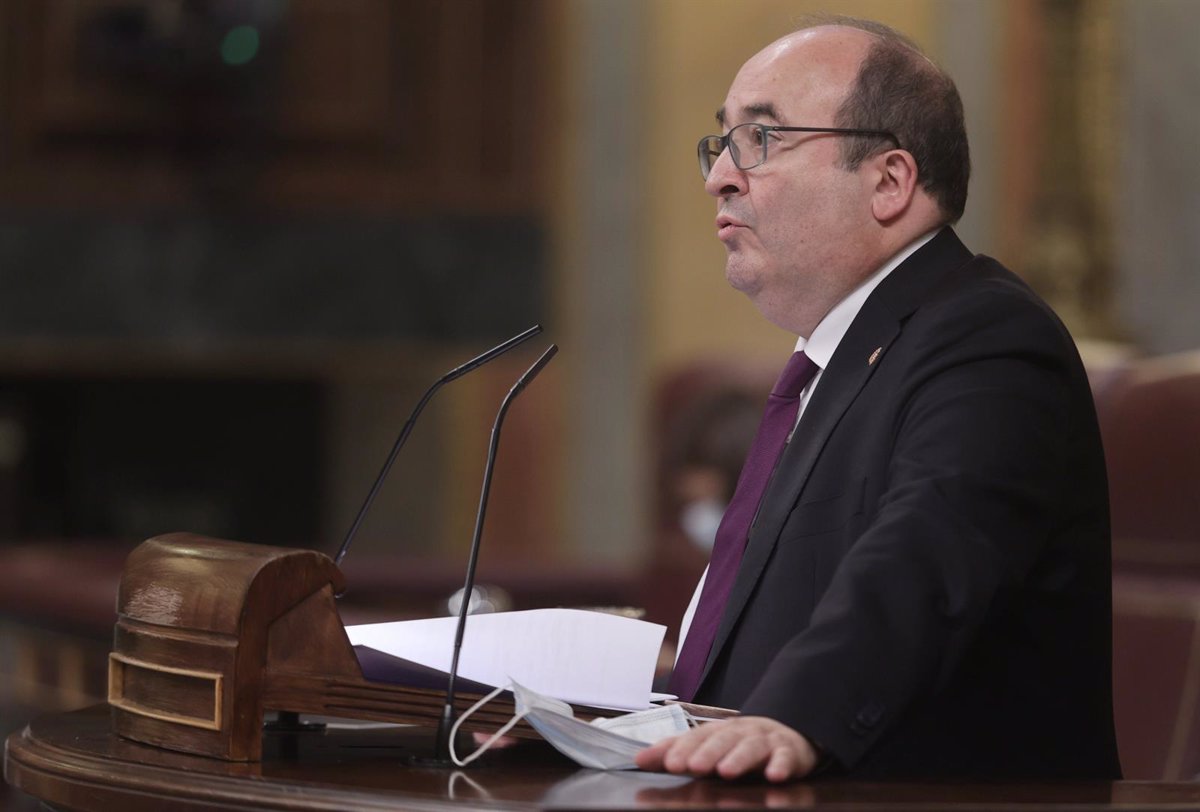 The Minister of Culture and Sports, Miquel Iceta, has announced this Thursday, September 30 in the Congress of Deputies that it hopes to have for this month of October with the transposition of the European Directive on Copyright and, by the end of 2022, with the reform of the new Cinema Law.

Iceta has reviewed in an appearance at its own request the main lines of its sector and the challenges that they will have to face, among which it has included several pending legislative measures. Among them, that of the Cinema Law and the rights of the author, already have a planned date to move forward.

“We want a new Cinema Law that continues to preserve cinema as an art intended for all types of audiences. It is essential to better align the regulation with the European criteria in terms of public aid,” said Iceta, alluding to the “necessary revision” of the normative.

During last July a prior consultation was carried out and now the Ministry hopes to “expedite all the procedures and dialogue” with the sector to bring the draft bill to the Council of Ministers before the end of this year. “The objective committed to the Recovery Plan is for the reform to be approved by the end of 2022,” the minister pointed out.

In this field, it has also advanced that next Tuesday, October 5, the Royal Decree of extraordinary aid destined to the maintenance of the structures and infrastructures of movie theaters will be submitted to the Council of Ministers. “As you know, the exhibition sector has been one of the hardest hit by the effects of sanitary measures,” he added.

The Ministry of Culture and Sports has drawn up a draft Royal Decree that contemplates the granting of 10.2 million euros in direct aid to movie theaters. In the text, to which Europa Press has had access, it is recalled that the cinematographic exhibition subsector was forced to completely close the theaters due to force majeure during a good part of 2020, and subsequently, it has faced the resumption of its activity business “with significant capacity limitations.”

Furthermore, Iceta has stated that one of the areas in which Culture “will act immediately” will be copyright. Thus, throughout the month of October it hopes to process the Royal Decree Law on intellectual property rights in the European Digital Single Market.

The objective of this regulation is to simultaneously transpose into the Spanish legal system two Directives relating to copyright. Although the deadline for transposition of these Directives ended on June 7, “due to the circumstances of the pandemic, very few EU states have done so on time,” he clarified.

LAW OF PATRONAGE AND CAPACITIES

The minister has also detailed other pending legislative projects for his department, although without giving dates in this case. For example, he stressed that the approval of a Patronage Law “would be key to giving visibility and promoting” cultural patronage in Spain.

“We are going to work with the Ministry of Finance and Public Function to have a text that we can share with the sector and take to the Council of Ministers,” he defended. He has also alluded to the “need” for a new Heritage Law and his commitment to develop “a 21st century standard” that incorporates new types of heritage such as intangible, audiovisual and cinematographic, industrial, cultural landscapes and underwater heritage .

On the other hand, Iceta has addressed the issue of capacity restrictions at cultural events. “We are aware that some sectors, such as large mass events or concerts in music halls, are still highly affected by the restrictions. But we trust that little by little the high vaccination rates will allow the autonomous communities to improve those capacity and recover all activities in the coming months, “he concluded.

To all these measures, the minister has added the new extension included in the Royal Decree.Law of the ERTE, which will take until February 28, 2022 the benefits for artists in public shows, technical and auxiliary personnel of the culture sector and bullfighting professionals.

Iceta has also announced “special attention” to the new Reading Promotion Plan, which will be ready “before the end of the year”. According to the minister, “a commitment is being made to the central function of public libraries by providing them with books in digital format and books on paper with funds from the Recovery Plan.”