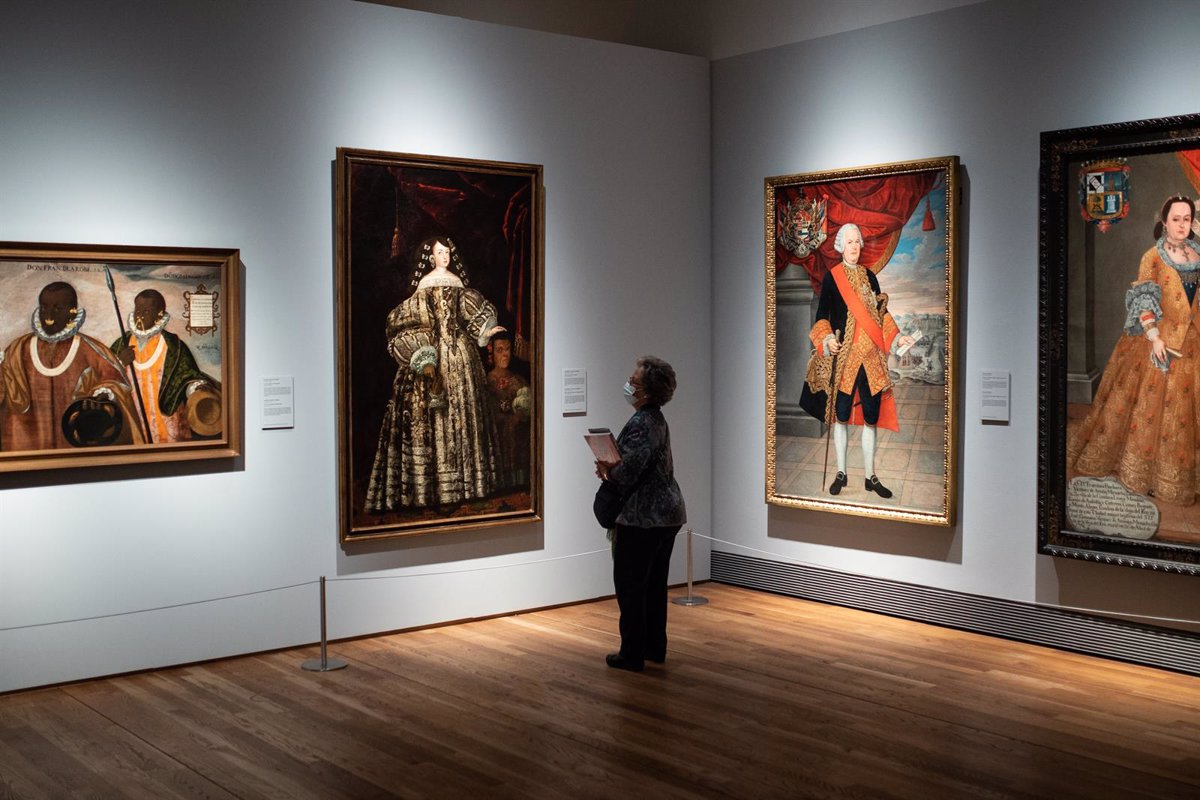 The Prado Museum, together with the sponsorship of Fundación AXA, presented its new exhibition this Monday, October 4 ‘Tornaviaje. Ibero.American Art in Spain ‘. “It is a much needed exhibition. We have a profound ignorance about the relations between America and Spain, and I think it’s good that we educate ourselves a little more about what that part of American life was like in those centuries. I was shocked to see such wonderful paintings“, highlighted the president of the Royal Board of the Prado, Javier Solana.

After the conquest of America and until Independence, more artistic objects of American origin than flamenco or Italian arrived in Spain, as reported by the director of the Prado Miguel Falomir, and has stressed that “the history of transatlantic art traffic is not one.way as we have always been told. “

The exhibition offers the public the possibility of learning about the culture of the American viceroyalties, taking into account their symbolic and iconographic values, as well as those given to them by the host societies. The sample will be available until February 13.

‘Tornaviaje. Ibero.American Art in Spain ‘is composed of 107 pieces, of which 95 are kept in cultural institutions, religious spaces, Spanish collections and three international providers. What’s more, Famolir has indicated that 26 works in the exhibition have been restored by the Prado.

Likewise, Famolir has stressed that it is a novel initiative since four Madrid institutions participate, not only with loans but with their joint programming: the Museum of America, the National Museum of Anthropology, the Museum of Natural Sciences and the Botanical Garden.

“I think that the Prado Museum is one of the loudspeakers of Spain, therefore, that from its walls it tries to claim forgotten figures, contributes enormously to the progress of society “, stated the general director of Fundación Axa, Josep Alfonso Caro.

The exhibition is curated by the professor of the University of Granada Rafael López Guzmán, together with the assistance of the members of the Institute of Aesthetic Research of the UNAM in Mexico Jaime Cuadriello and Pablo F. Amador.

As López Guzmán explained in the presentation, ‘Tornaviaje. Iberoamerican Art in Spain ‘is structured in two rooms, with a total of four sections. The first room, on a symbolic level, revolves around the concept of “plaza” as a fundamental urban element in the American city. In this room are the first two sections: ‘Geography, conquest and society’ and ‘Images and cults back and forth’.

In the second room, the articulating element, at the museum level, is the idea of ​​the American conventual atria, places of religious and educational interaction. In it, the sections: ‘The crossings of art’ and ‘Indian imprint’ are located.

In turn, the exhibition has been designed following a structure in which “almost all” the regions of Spain are represented. “It is a phenomenon that does not only cover Andalusia, the northern part, the Cantabrian coast, but we can find in lots of lost places in the Spanish geography, from small towns to large cities. And in this interest, we have integrated most of the countries of America that worked artistically in modern times“, has affirmed López Guzmán.