“Now that so much nonsense is being said about the Spain brand. Our greatest wealth is the language” 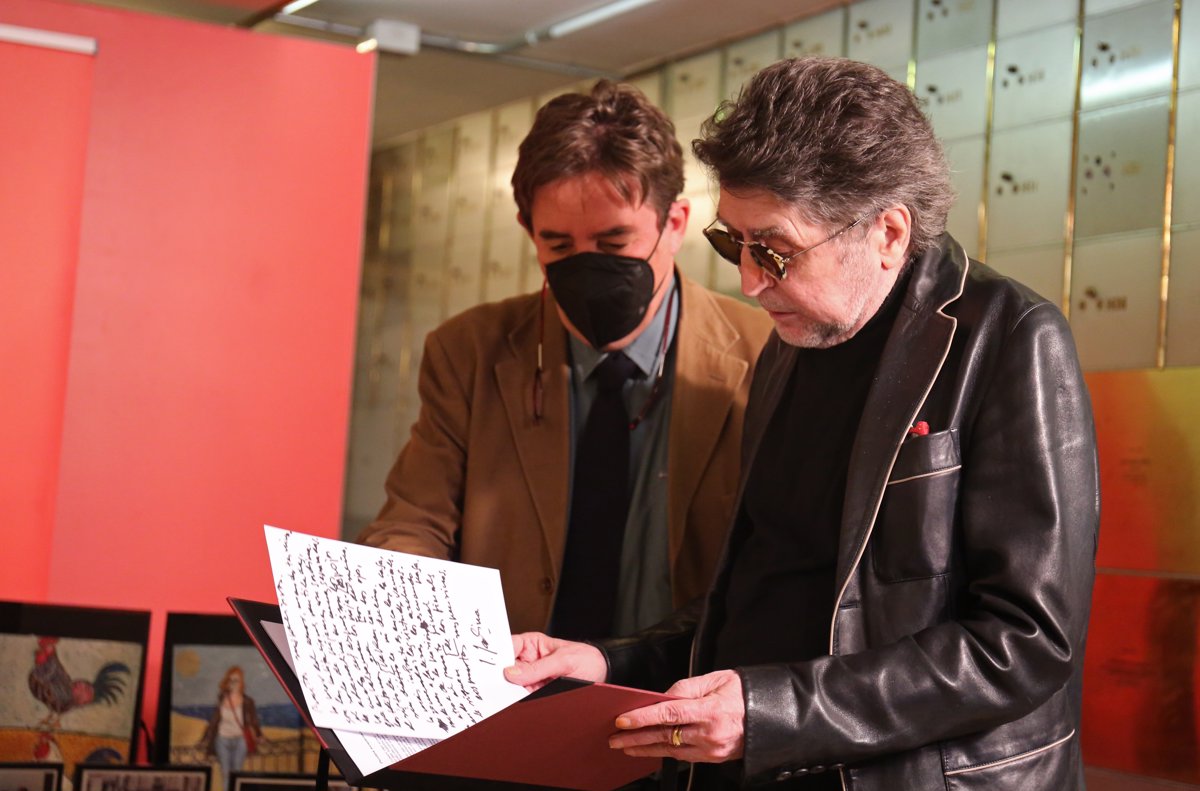 He deposits his legacy in the Caja de las Letras del Cervantes: the collection of the magazine ‘Sur’, a black hat or manuscripts of songs

The musician, poet and painter Joaquin Sabina has deposited this Tuesday, October 5, a legacy in the Box of Letters from the Instituto Cervantes, which includes the complete collection of the Argentine magazine ‘Sur’ with the 371 issues published between 1931 and 1992.

“Now that so much nonsense is being said about the Spain brand, our greatest wealth is the language. And that language is what he considers this to be his home, “said the artist before depositing his legacy in the Caja de las Letras.

The collection of the magazine ‘Sur’ donated by Sabina to the institution has all the published numbers (from 1 to 371) and is in perfect condition, which adds even more value. “It is a mythical magazine through which more than half a century of literary creation of Latin America and Spanish exiles has passed, it is a very important magazine“, has sentenced the singer.

Sabina has kept the collection in safe number 1,237 of the vault of the Cervantes Institute headquarters, in a ceremony in which she was accompanied by the director of the institution, Luis García Montero; and the president of the Congress of Deputies, Meritxell Batet.

The perpetual donation will become part of the Instituto Cervantes Patrimonial Library. Sabina has also left other personal objects that have characterized her image throughout her long career.

Among the personal items donated by the artist, one of his black hats stands out; song manuscripts; four pictures of four fighting cocks; a drawing of an Asturian couple; and a collection of photos with his friends, including Mario Vargas Llosa and Luis García Montero.

“I feel at home and that is how all the speakers, the singers of this beautiful language, which is Spanish or Castilian, feel that language considers this to be their home.“, Sabina pointed out.

The singer has assured that Luis García Montero has always “envied” him for having a manuscript of a poem by Federico García Lorca and for having the collection of the magazine ‘Sur’. “When I decided to give it to him, I gave him the choice of whether it was for him or for Cervantes. He generously chose that we give it to Cervantes,” he said.

The act has been chaired by the president of Congress, Meritxell Batet, who has stated that it is a “verdadero placer “as a” lover of culture “to be able to witness and accompany Joaquín Sabina in the delivery of this legacy:” For me it is an authentic emotion. “

“If Spain has to be recognized for something, it must be for its culture. We have enough heritage to be recognized and admired around the world“, has underlined Batet, who has defined Sabina as” singer, poet, artist, troubadour and collector “.

At this point, Batet has commented that Sabina’s songs “have had the virtue of becoming a space of memory in which several generations are already reflected.” “ANDI hope that also in Congress you can feel at home“, has specified.

Likewise, the president of the Congress of Deputies has highlighted that, with this donation, the singer shows “a great commitment to written culture, to institutions and to collective memory.”

For his part, the director of the Cervantes Institute stressed that Joaquín Sabina “became a benchmark for Spanish culture and Latin American culture.”

“With Joaquín a precaution arose, we have been friends for a long time and it will seem that I am paying homage to a brother. It was an unnecessary precaution because he is one of the great references and useless because, when I offered it to him, our relationship and his generosity have served to make him pay tribute to the Cervantes Institute because he has offered us a wonderful legacy “, García Montero concluded .