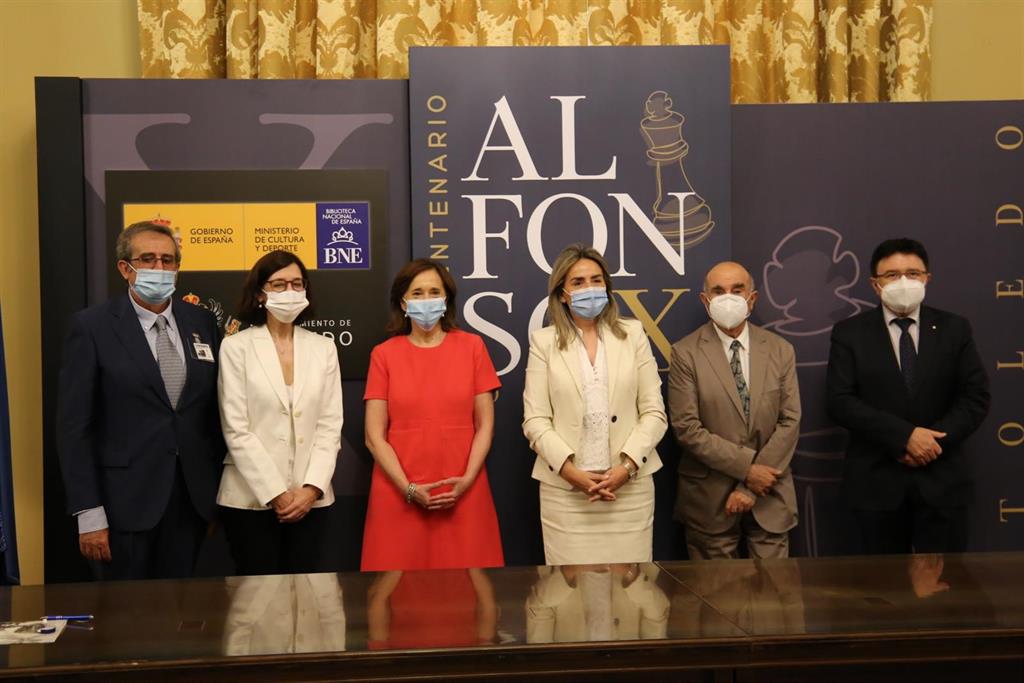 The director of the National Library, Ana Santos Aramburo, and the Mayor of Toledo, Milagros Toulon, have signed a collaboration protocol for the joint celebration of the VIII centenary of Alfonso X the Wise which includes, among other activities, the organization of two exhibitions in Madrid and Toledo.

A series of conferences, exhibitions, various activities such as the creation of a network of ‘Alfonsi cities’ are some of the initiatives promoted to commemorate the eighth centenary of the birth of the Wise King in the city of Toledo on November 23 and that will kick off after the summer.

Prior to the great Toledo exhibition, which will be inaugurated on March 10, 2022 at the Museum of the Holy Cross, the National Library of Spain will dedicate an exhibition to the original Alphonsi codices of its scriptorium that are preserved in this institution and to the memory of the scriptural production promoted by the Wise King.

The exhibition answers why Alfonso X is known as the Wise One. “Going through the codices that will be exhibited, the public will discover that the knowledge of the Wise King was part of his government in order to bring knowledge and indoctrinate his subjects in his way of seeing the world.“, explained Inés Fernández-Ordóñez, curator of the exhibition.

In addition, luxurious copies of other works composed by order of the Wise King may be contemplated, such as the astrological treatise on the constellations called ‘Book of the figures of the fixed stars’, with Renaissance decoration, or that of the Seven Parties that belonged to the Catholic kings. There is also no shortage of works whose only testimony, although late, is in the National Library, such as the Alphonsi Tables.

The director of the National Library of Spain, Ana Santos Aramburo, has exalted the legacy of Alfonso X el Sabio. “He was a king personally involved with the permanence of knowledge in a written medium, since the ideas had to be reflected if they wanted to be disseminated“, has indicated.

For her part, the mayor of Toledo thanked the support of the institution directed by Ana Santos, a support that also extends to the transfer of a score of documents of a legal, historiographic, legislative and scientific nature that will be part of the shows to be exhibited in the capital of Castilla-La Mancha.