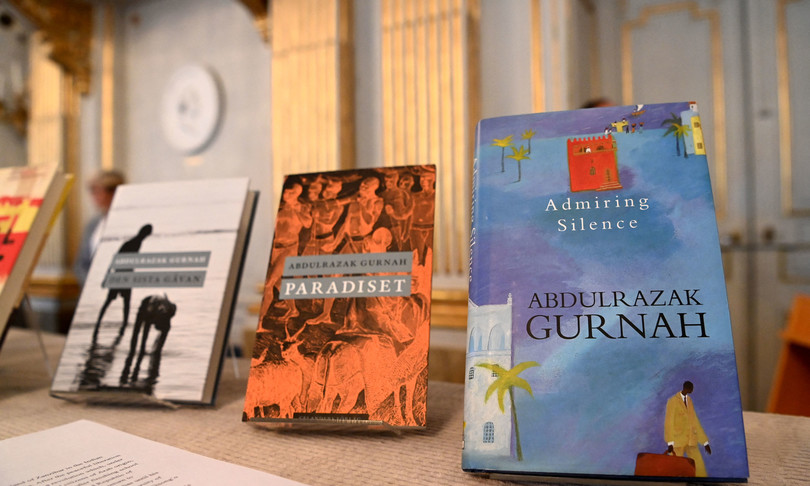 Abdulrazak Gurnah won the Nobel Prize for literature. Born in Zanzibar and active in London, he was awarded the recognition for his “uncompromising and compassionate penetration of the effects of colonialism and the fate of the refugee in the gap between cultures and continents ”. His “Il desertore”, published in 2006 by Garzanti, is nowhere to be found.

BREAKING NEWS:
The 2021 #NobelPrize in Literature is awarded to the novelist Abdulrazak Gurnah “for his uncompromising and compassionate penetration of the effects of colonialism and the fate of the refugee in the gulf between cultures and continents.” pic.twitter.com/zw2LBQSJ4j

Going to Britain for the first time as a student in 1968, it was forced to leave his country due to persecution to the detriment of citizens of Arab origin. From 1980 to 1982 Abdulrazak Gurnah then taught at Bayero University Kano, Nigeria. He later moved to the University of Kent, Canterbury, where he earned his PhD in 1982, and is now Professor and Director of Undergraduate Studies in the English Department.

He has also collaborated as an editor with Wasafiri magazine since 1987 and has supervised research projects on writing by authors such as Rushdie and Naipaul, GV Desani, Anthony Burgess, Joseph Conrad, George Lamming and Jamaica Kincaid.

His main academic interest concerns postcolonial writing and the discourses associated with colonialism, particularly concerning Africa, the Caribbean and India. He has edited two volumes of non.fiction on African writing and published articles on a number of contemporary postcolonial writers, including VS Naipaul, Salman Rushdie and Zoe Wicomb.

The 2021 Nobel Prize for Literature was awarded in Stockholm to the Tanzanian novelist Abdulzarak Gurnah. And so the award returned to Africa after 18 years. In 2003 the South African John Maxwell Coetze won it for his short stories. In the last ten years, however, the countries of the European, American and Asian continents have divided the recognition.

Last year the American poetess Louise Glück triumphed “for her unmistakable poetic voice that with austere beauty makes individual existence universal”. Gluck, among other things a teacher at Yale University, had already won the Pulitzer Prize for poetry in 2003.

2019 was the turn of the Austrian Peter Handke. The assignment was criticized by members of the world of culture, by relatives of the victims of Srebrenica and by the Turkish, Kosovar and Albanian premier for Handke’s denial positions in reference to the massacres carried out by the Serbs during the Yugoslav wars.

In 2018 it was the turn of the Polish Olga Nawoja Tokarczuk, winner of numerous literary prizes at home and abroad. From two of his works, the novel “Drive your chariot on the bones of the dead” and a story included in the collection “Che Guevara and other tales”, two films have been made.

The year before, 2017, it was Great Britain that won the Nobel Prize in Literature with the Japanese.born writer Kazuo Ishiguro. With the exception of “The Buried Giant,” all of Ishiguro’s novels and short stories have been nominated for renowned accolades. In particular, the writer narrated the world of the second post.war period and the changes in customs and the loss of traditional values ​​linked to it.

2016 was the turn of Bob Dylan’s victory. The commission awarded him the prize “for creating new poetic expressions within the great tradition of American song”. Before him, only writer George Bernard Shaw had managed to receive both a Nobel and an Oscar.

The Hungarian Svjatlana Aleksievicm won the 2015 edition, after a life spent following the main events of the Soviet Union in the second half of the 20th century, from the war in Afghanistan to the Chernobyl disaster.

In 2014 the award flew to France. Jean Patrick Modiano, writer and screenwriter with a strong interest in Paris occupied by the Nazis and for the figures of the foreigner, the exile and the Jew – influenced by his Jewish origin – was awarded the recognition “for the art of memory with which evoked the most inexplicable human destinies and discovered the world of life in the time of occupation ”.

In 2013, the Nobel Prize for Literature returned to the American continent, Canada. The writer Alice Munro won it, as the “teacher of the contemporary short story”. Munro’s ability was to revolutionize the architecture of the short story, continually moving the narrative from the past to the future.

Finally, 2012 was again the year of Asia, with the Chinese Mo Yan, considered by critics to be the most relevant contemporary Chinese writer. The work that first gave him notoriety is Red Sorghum, from which the film of the same name is inspired, which tells the love story between the narrator’s grandfather and his beloved in the context of the Chinese resistance to the Japanese occupation.