When literature is a Great Game, the Libropolis festival kicks off 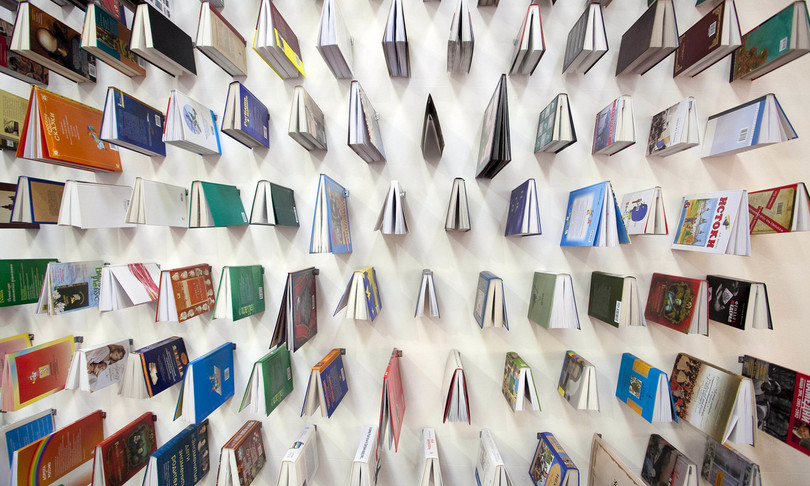 The great game of geopolitics is literature. And viceversa. The fifth edition of the Libropolis festival started today in Pietrasanta. Three days of dialogues, presentations and insights related to the theme of political, economic, and cultural study. To tell Agi about it is Sebastiano Caputo, thirty years yet to be turned, journalist and editorial director of the festival that he curates together with Alessandro Mosti and Lorenzo Vitelli, in the broader bed of the editorial activity of the Magog publishing group, son of the Gog editions. Biblical quote, this one, taken up by Papini, “to tell good and evil, what is unpublishable together with what is presentable: life, in short. What goes deeper than the fiction of Instagram ”.

“The festival – says Caputo – is in its fifth edition: we managed to keep the appointment also last year, in full pandemic. It was born from a group of young people who, combining passions and professionalism, did one simple thing: knock. Knocking on the door of the Municipality of Pietrasanta we had the Cloister of Sant’Agostino, which until 2011 hosted the Mondadori Previews. For the last time we will repeat the same format: from next year there will be news ”.
The format is that of an artisanal work: twenty.five stands for as many publishers, small, independent, proudly distant from “fashion advertising”. Low costs and “lateral” ideas.

The leitmotif, for this edition, “The metamorphosis of power”: technology, Big Data, the difficult balance between the borders that are seen and the real oil that is not seen, between those who administer public affairs and those who own the assets immense private data. Economics and politics, but also philosophy and theology: does everything hold together?

Caputo replies: “Last year’s theme was The Boundaries of the Future, in an attempt to tell the year in which time and space stopped due to the pandemic. Today we tell the consequences of this year and a half of stop. And we have some of the most authoritative voices to do so: Francesco Semprini, correspondent of La Stampa, and Dario Fabbri, signature of Limes, will give us an important picture from an intellectual and current point of view. The director of Agi Mario Sechi and the former minister Paolo Savona will talk about economics and digitalization of finance; Guido Scorza, member of the Data Protection Authority, will intervene on the data; Filippo Ceccarelli di Repubblica will deal with politics. And then the cultural figure: perhaps the most important weapon we have against the civilization of technology, not a refuge but an instrument of ethics and pathos. This will be discussed, among others, by Davide Brullo. Juri Camisasca. And then Giancarlo Dotto and Luisa Viglietti, people, these, close to Carmelo Bene, who is always our first guest in absence: the one who teaches us that the first necessary dissidence is that against oneself. The brand from which everything was born, The dissident intellectual, was born just when we organizers, in their twenties, looked for a way to express our being angry with the world. As it should be: better a boy with a temper than one without character. Now we, the readers, and also the project have grown: a new course is starting ”.

The interest in foreign countries remains in the wake of the geopolitical narrative. Caputo himself has recently returned from Kabul. “On August 15th, when the Taliban took Kabul, I was like everyone on the beach but I wanted to be there: I left as soon as possible and I found a situation of punk Islam. A surreal situation, which launches important geopolitical challenges, legacies that we will really discover only in the coming months or years. Afghanistan is a pressure cooker with a lid on it, the provisional government, very precarious. If internal differences grow, civil war is just around the corner, and neighboring countries are especially afraid of it. On this last trip I made friends with one of the guests of the festival, Francesco Semprini. With him I shared the experience of Kabul. We gave each other a hand in an extreme situation, in the awareness that in the absence of air connections and an embassy, ​​if something had happened it would have been the end ”.