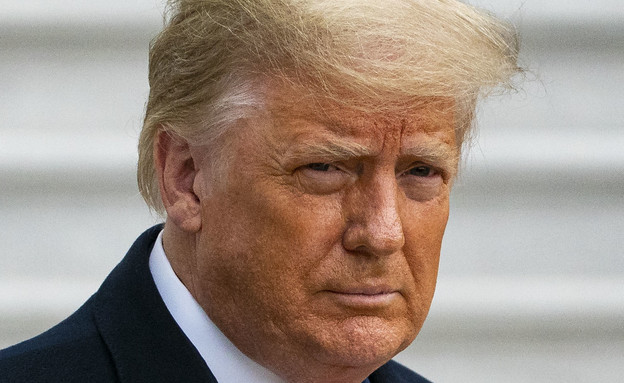 Quite a few scandals have gripped former President Donald Trump during his four years in the White House. He will soon mark a year away from Washington and the presidency, but evidence of his misconduct continues to pile up. In a new book published by Stephanie Grishim, who was the White House’s communications director, she adds more black dots to the former president’s basket.

In her new book “I’ll Take Your Questions Now” which came out two days ago, Stephanie described Trump’s problematic conduct when it comes to working with women, a conduct that even came very close to her. “No one in the White House liked gossip more than Trump,” she wrote, recounting a situation that happened between her and her then.partner, another White House communications director. “After the president found out we were going out he kept asking me how we were doing, complimenting on how beautiful we are as a couple. My partner told me that during a presidential flight they were listening to music, and Trump asked him if I was good in bed.”

Grishim went on to describe Trump’s problematic behavior, which also affected a particularly young worker. “I began to notice that he was showing great interest in one of the young women on my team. I do not know or claim that anything happened to their sons, but I do know that he behaved inappropriately,” she wrote. “When he did not see her with us he asked me where she was. He kept checking if she was coming with us for overseas trips, and when she was not supposed to be crowded he asked her to come. He invited her to his office on the plane – which he did not do with anyone. That whole thing never felt right. ”

Trump, of course, reacted sharply to Stephanie’s allegations in the book, and he spared no words. “Stephanie just did not have it and it was clear from the first moment. She became very angry and bitter after her breakup, and as time went on less and less trusted or thought of her,” he wrote. “She has big problems, and we felt she had to work on her problems except herself. Now, like everyone else, she gets money from left.wing publishers to say bad and wrong things.”