Paul Auster: “Every day is an adventure in which I teach myself how to write” 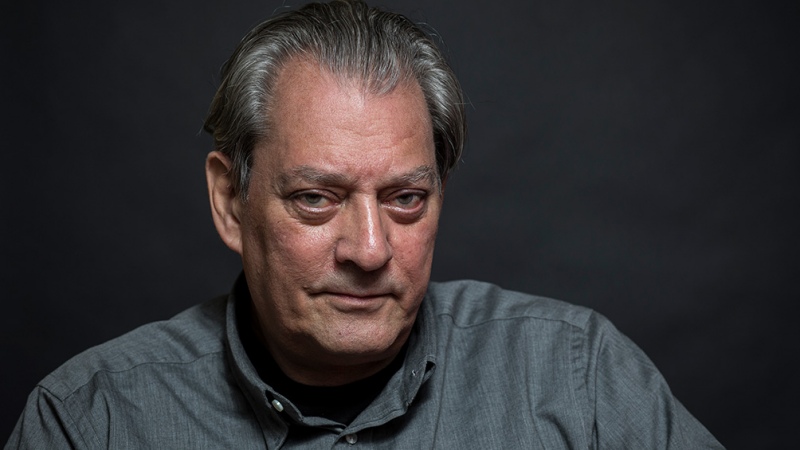 At the age of 74 and after having planted a literary footprint with a family of novels of more than fifteen titles that were translated into forty languages, the American writer Paul Auster took on the challenge of engaging for three years in a research to write “The immortal flame of Stephen Crane”, a voluminous biography of the author of “The Red Badge of Courage”, who died in 1900 at the age of 28 and whom he considers “an artist who was already talking about what happens today and who should be on the podium of American writers.”

From his house a few blocks from Brooklyn’s Prospect Park, where he lives with his wife, the writer Siri Hustvedt, with whom he will hold a public dialogue on October 24 within the framework of the Buenos Aires Literature Festival (Filba), The author of “The New York Triloga”, “Leviatn”, “The Palace of the Moon” and “The Country of Last Things” set out to tell, by Zoom and in the framework of a press conference with the media. all of Latin America, what led him to write 800 pages about the life and work of Stephen Crane, author of two fundamental novels, “Maggie, a street girl” and “The red insignia of courage”, with which “he changed the course of American literature “before dying young, a victim of tuberculosis. “Today it is not read in schools, but I do not think it is marginal. It deserves to be on the same level as Nathaniel Hawthorne or Mark Twain. I wrote this book so that many readers can know and access his work,” he assumed.

“The immortal flame of Stephen Crane”, edited by Seix Barral.

“As a writer, I don’t make decisions. By the time I finished 4321, that long novel, I was out of print. So, I took some time to read books that I had always wanted and hadn’t been able to. Crane was on that list. I had an anthology of 500 pages. I began with The Monster, a story that surprised me. I quickly gave him the rest and got me an edition of 1,400 pages of his chosen works. So I advanced with the ten volumes of his complete works where there is fiction, journalism, poetry, pieces brief, “Auster told how he became interested in Crane’s figure. Later, he addressed the most biographical questions: “I began to investigate his life, full of exciting episodes, and finally decided to write a book about him, I imagined it short, of about 200 pages. But in the end it needed about 800.” Asked why so many pages were necessary and whether that did not alienate him from his readers, he answered categorically. “Nobody has to read me. Only the desire to read books activates reading. This book is written for those who simply want to read. I know that it is addressed to a very small portion of our societies, but to them I say: this, the work from Crane, it’s really worth it. ”

Poet, film scriptwriter, translator from French and also essayist, Auster dialogued for an hour about the corners, the guides and the details of his latest book. In the room from where he talked about all this, another of those literary details that make a life and a work could be seen: On the wall of the family living room hangs a painting with a woman on her back, with a red dress that reveals her back, a reproduction of the painting by Bill Wechsler that drives Hustvedt’s great novel, “All I Am.”

Although the narrator was able to tell how he wrote the book he presents, it is very difficult for him to explain what are the ultimate impulses that guide him as a writer: “I don’t have a plan, every day is an adventure in which I teach myself how to write. I am always a beginner.”

Aware that the format of his latest book is far removed from the rest of his literary work, he insisted that he does not approach biography as a specialist or scholar, but as an “old writer overwhelmed by the genius of a young author.” This desire to remove Crane’s work from the more literary niche is in tune with a confession that Auster makes in the first lines of the book: “It gives me the impression that it is now in the hands of specialists, graduates, doctoral candidates and professors of Literature, while the invisible army that forms the so-called general reader, that is, who are neither university nor writers, the same who still enjoy reading established classics like Melville and Whitman, no longer read Crane. Without this, it would never have occurred to me to write this book. ”

Auster’s first approach to Crane’s work was five decades ago, when he discovered a short and poignant poem which he recited from for those who listened to him:

In the desert
I saw a creature, naked, bestial,
that, crouching on the ground,
took his heart with his hands
and ate it.
I said, “Is it good, friend?”
“It’s bitter, bitter,” I replied,
But I like it
because it’s bitter
and because it is my heart “.

“His poetry is so strange that it is not something I have ever read. It hardly seems like poetry, does it? At the time, they laughed at what he was doing,” he added after reciting those Crane verses that accompanied him all these years.

While “Stephen Crane’s Immortal Flame” is a biography, Auster confessed that to write it he used “the same emotional and intellectual energy” that he uses when writing a novel. “I include much of Crane’s work because I started from the assumption that my readers had never read it before. But also, I made a typically novel approach and it makes me happy when they tell me they have read it that way.”

When asked if he was identified with any of the aspects of the life of his biography, he detached himself from that reading: “Crane is different from me in every way I can think of. His personality and his way of writing – which I admire but could never say that influenced me – are different. “I accepted, however, a point of contact between both paths:” He faced the same thing that I faced when I was young, the difficulty in publishing, some rejection “.

Later, he was moved by the fact that the character in his novel had managed to build a prolific work when he was only 28 years old. “At that age I was just starting out, I just sat on my feet in my mid-thirties,” he confessed and noted that, unlike music or sports, it is difficult to find precocious geniuses in the history of literature because it requires a practice and a command of the language that, necessarily, is acquired over the years.

At the end of the talk, he was asked how an author who died in 1900 should be read. Does the temporal distance enable “cancellation readings” as it happens with other authors? Auster, who participated in the “Writers Against Trump” movement and has held a committed political stance throughout his career, I chose a more political than literary answer: “With the enormous power of the right wing in my country, I have no scope to worry about cancellation. Trump’s legacy is much more threatening to me.” Along these lines, he argued that the issue of cancellation is largely reduced to the university sphere “and involves young people who will grow up and will surely change their minds.” Auster closed the talk with a categorical definition: “On the other hand, if the right advances, there will no longer be a nation as we know it.”