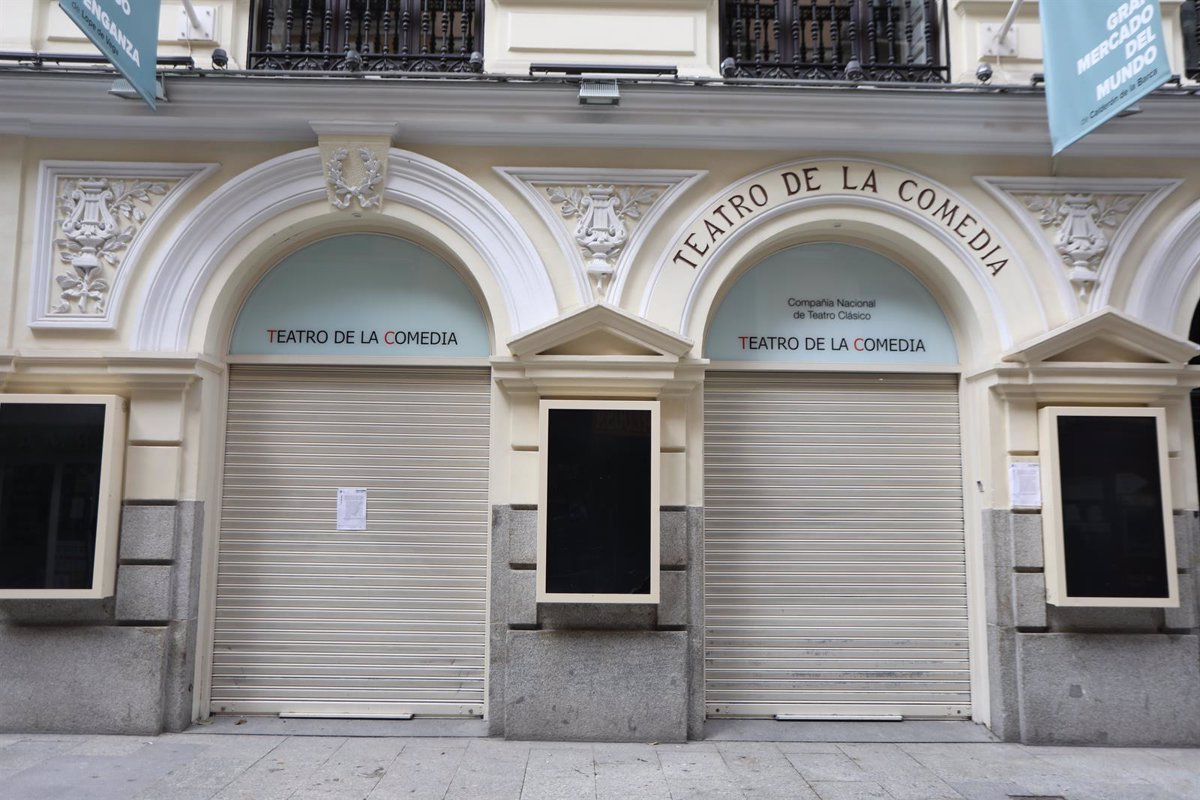 The next strikes called by unions in October and November put a total of up to seven premieres scheduled in different state theaters the days coinciding with the strikes, as reported by Europa Press from the websites of these centers.

The call responds to a protest from the Platform of Technicians and Techniques, affected by the Public Employment Offer (OEP) 2018 due to “to the sudden change in the requirement of access qualification, which leaves out most of the temporary staff of the agency“, as reported by the platform itself.

However, to this call for work stoppages already announced by this platform for INAEM staff on Thursday, October 21 and 28, will be added those called by CC.OO. for Friday, November 12 and 19, all coinciding with premieres in state theaters –Comedy Theater, María Guerrero Theater, Valle-Inclán Theater and Zarzuela Theater–.

Thus, for October 21 the shows that could be affected would be a total of five, including the premiere of ‘The last night of the world’ at the María Guerrero Theater. By October 28, five shows could also be canceled or interrupted, including the premieres of ‘Caravaggio, Vermeer and Velázquez’ at the Teatro de la Comedia and the ‘Brotherhood, a fantastic tale’ at the Valle-Inclán Theater.

Meanwhile, on November 12 the functions and concerts affected are also five, with ‘The Untitled Comedy’ of the María Guerrero Theater as a designated premiere. And November 19 will be the date with the most premieres at risk: ‘Numancia’, at the Teatro de la Comedia, ‘Imitation of life’ at the Valle-Inclán Theater and ‘The tavern of the port’ at the Teatro de la Zarzuela.

These strikes have been taking place since last September and have forced the suspension of premieres such as those of ‘Antony and Cleopatra’, ‘The Gondra’ O ‘Gavilanes’, among others, in addition to other premieres in venues such as the Royal Theater where the National Ballet of Spain was going to perform.

From CC.OO. it is explained that the solution to this negotiation “it depends exclusively“of the Ministry of Finance and Public Function, since this union has reached a consensus with the department headed by Miquel Iceta.

“There are no reasons to continue delaying the full integration of INAEM into the IV Sole Agreement for labor personnel, a proposal that would eliminate comparative grievances, inequalities and gender pay gap, among others“, said Carolina Frías, general secretary of CC.OO. in the General State Administration.