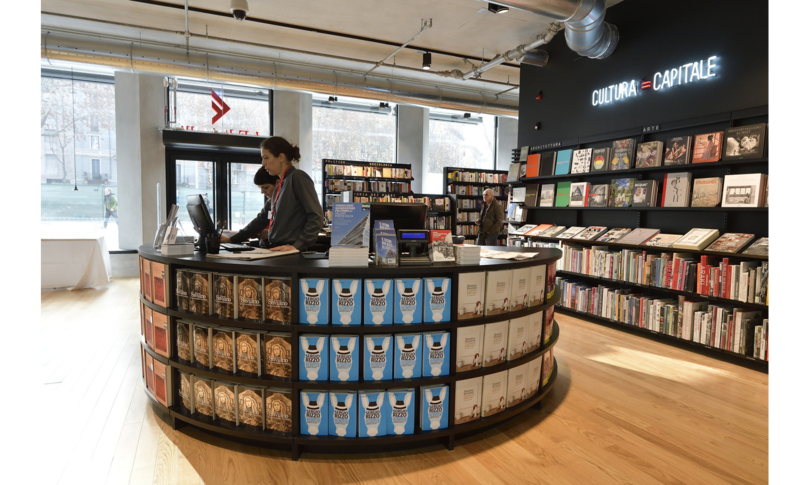 Good news for Italian publishing. 2021 could close with one double-digit growth, between 11% and 16%, for i printed books from narrative e non-fiction sold in physical and online bookstores and in large-scale distribution, for a turnover (sales at cover price) between 1.6 and 1.7 billion euros.

Physical bookstores are once again overtaking online bookstores. The projection, obtained by adding the values ​​of 2019 (for the most conservative estimate) and 2020 (for the most optimistic) to the result of the first nine months, is contained in the periodic analysis of the market that the Italian Publishers Association (AIE) carries out. in collaboration with NielsenIQ and which was presented today at the Turin International Book Fair.

“The data for the first nine months – explained the president of Aie, Franco Levi – confirm the structural growth of Italian publishing of various kinds and give us two facts to reflect on. The first: after being overtaken in 2020, physical bookstores have returned to selling more than online bookstores, which in any case confirm their leading role after the pandemic “.

“The second – he added – Italian publishing is less and less dependent on best sellers and news, the role of the catalog is growing and sales are spread over a greater number of titles”.

At the level of market shares the bookstores have 48.2%, three percentage points more than in 2020 but over ten less than in 2019.

Online accounts for 46.2%, large retailers for 5.6%. Compared to 2020, the year in which the pandemic had marked a significant contraction of news in the press in the various sector, there has been a partial recovery.

The ranking of the top ten best-selling books contains titles published in 2019 and 2020, to dispel the myth that a book “resists” on the market for only a few months.

To demonstrate how much publishing is changing, also due to the spread of online bookstores where a large number of catalog titles and different publishers are easily found, is the relatively low weight of best sellers: the top 50 best-selling books weigh on the market only 6.2% in value and 5.5% in number of copies.

Finally, thebalance between the top five publishing groups and the other publishers: the former have 45.2% of the miscellaneous market, the latter 54.8%, up by less than one percentage point compared to the previous year.