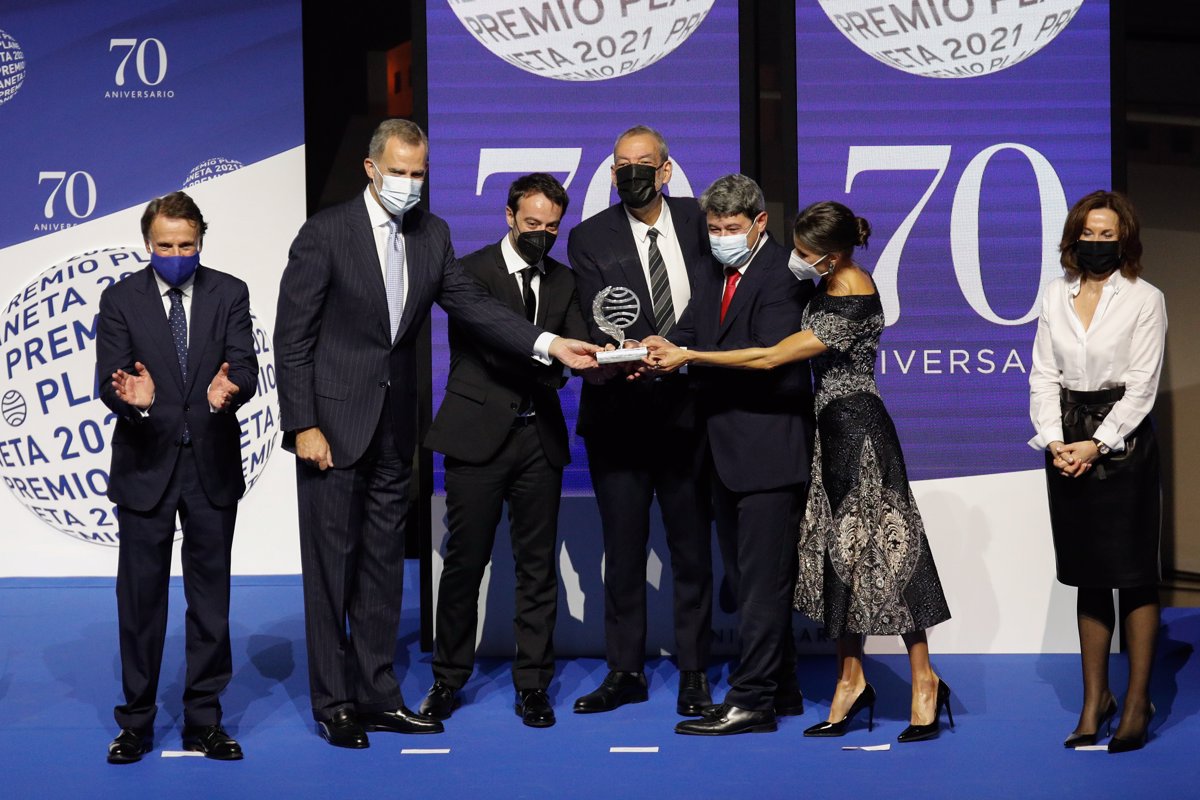 They are Jorge Díaz, Agustín Martínez and Antonio Mercero

The writer Carmen Mola has won the 2021 Planet Prize with the novel ‘The beast’, the award jury has announced this Friday at the delivery ceremony at the Museu Nacional d’Art de Catalunya (MNAC) and has been delivered by the Kings .

The winning novel of the 70th edition was presented for the Planeta Prize, which this year awards one million euros to the winner, with the pseudonym Sergio López and the title ‘City of fire’, it is about a city devastated by a wave of crimes against girls of the most humble classes, that a journalist, a policeman and a girl try to reveal.

Mola, which is the pseudonym that has been revealed that is composed of Jorge Díaz, Agustín Martínez and Antonio Mercero, has three published novels ‘The gypsy bride’, ‘The purple network’ and ‘La nena’, all of them starring the inspector Elena Blanco.

In his speech of gratitude, Jorge Díaz has referred to the novel as a peculiar work devised four years ago and has celebrated the recognition: “It is a night that all of us who dedicate ourselves to write dream of.”

Antonio Mercero has said that the jury has awarded a work set in Madrid in 1834, with a historical epidemic of cholera and restrictions “very similar” to Covid, and with macabre fictional crimes.

Agustín Martínez has pointed out that it is “a story of death, nothing new in Carmen Mola, a story of conspiracy” located in a city and a historical time that he has defined as bleak, terrifying and chaotic.