Colonialism, motherhood and family: the rich map of African literature in Argentina 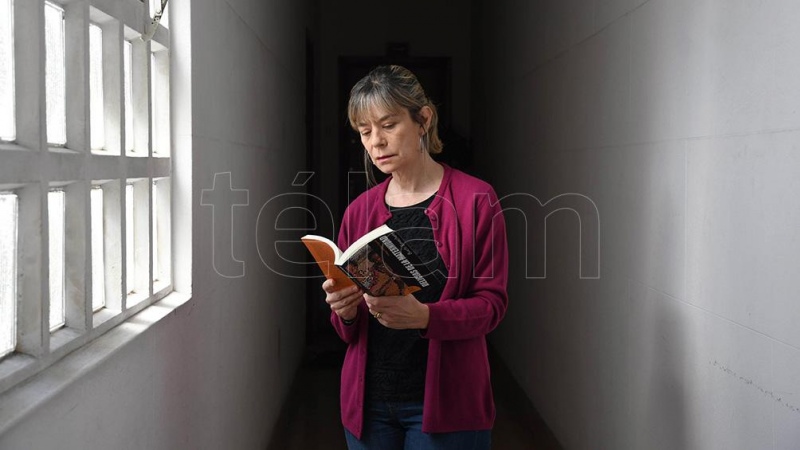 The 2021 Nobel Prize in Literature Award to the Tanzanian Writer Abdulrazak Gurnah questions Argentine readers about how much they know or do not know about African literature, which the imaginary often circumscribes to colonialism, omitting a thematic and stylistic repertoire that does not exhaust its possibilities in this matter and that expands to other themes such as the family. and the difficulties that motherhood imposes: this universe is represented in the catalog of the young Empata label, the only one in Argentina that publishes authors from the poorest continent on the planet.

With its own translations that in most cases inaugurated versions in Spanish by African authors, the label founded in January 2018 by Marcela carbajo It has published eleven fiction titles from the different African countries, which relate its post-colonial reality with outstanding texts for their literary quality. Among them stand out Chris Abani’s “Abigail”; “Song of the acacia” by Kossi Efoui; “The mountain” by Jean-Noel Pancrazi and “Minutes of glory”, by Ngugi wa Thiongor, who is usually mentioned as a favorite for the Nobel Prize in Literature that the Tanzanian has just obtained Abdulrazak Gurnah.

“It is not the same to read Wikipedia about the Rwandan genocide than to read” The barefoot woman “, by Mukasonga (Photo: Pablo Aeli)

The label was born from a desire that Carbajo was thinking about, destined to show, through literature, other realities, other cultural contexts. The editor, who also works in a technology company, always thought that through fictions one can empathize in another way with situations that until then he sees very alien. “After several months of reading and organizing the catalog, I realized how little African literature was reaching Argentina, and Latin America in general,” he says in dialogue with Tlam.

Not only that: what many times came were works written from outside Africa, by Europeans who traveled, or who had lived in times when African countries were still colonies. “This is undoubtedly what has contributed to creating a stereotypical image of the continent: the giraffe outlined against a sunset in the savannah, the boys with the prominent bellies covered in flies”explains the editor.

“With regard to the native languages ​​and the languages ​​of the colonizers, in general all the authors of sub-Saharan Africa write in the latter, mainly in French or English.””

On the other hand, the literature of that region is not the only fiction that is scarce in Argentina: the same happens with the cinema or the series. “If we asked someone to name three African film directors, we would surely put him in trouble. But many surely saw ‘Africa ma’, with Robert Redford”explains the editor.

Tlam: Is there a homogeneous literature on the continent?

Marcela Carbajo: The lack of fictions that emerged from the continent promotes what Chimamanda Adichie has called “the Nicaraguan story”: there is only one part that counts. On the other hand, those clichés also encourage a view of Africa as a homogeneous whole, even though an Egyptian has absolutely nothing to do with a Ugandan. But for most people, Africa is an undifferentiated whole, and it is necessary to repeat: Africa is not a country.

T: Is colonialism the central theme running through African literature?

MC: There are common themes that run through almost the entire continent, and colonialism is undoubtedly one of them. We have to think that, while here the time of the colony was more than two hundred years ago, some African countries only achieved their independence in the 70s, even 80. That means that many current writers spent their childhood and youth under the domination imperial, with all that it implies.

That is why many stories focus on that cultural shock that meant going from a traditional society, with very particular customs, to adopting the customs of the “white man”: going to church, leaving polygamy behind, submitting to the legal codes of the colonizer. , etc. There are two novels that I think are essential to understand this process: one is “Delights of motherhood”, by Buchi Emecheta, published by our publisher. The other is “Everything collapses” (or “Everything collapses”, according to the translation), by the great Chinua Achebe, an emblematic text of one of the fathers of Nigerian literature. These accounts expand the reader’s understanding of the effects of colonialism. For example, in “Delights of Motherhood,” the protagonist’s husband is “drafted” to fight in World War II. Hundreds of thousands of Africans were sent to fight for their empires on the front lines in a war they did not understand, that was not theirs. Most did not even know where they were. And those facts, like others, were being made invisible.

T: What are other central or main themes of African literatures?

MC: Also the background of military dictatorships and civil wars is recurrent. Most countries have, after their independence, gone through dictatorships, often very bloody. Several still suffer from this situation. In Equatorial Guinea, for example, Teodoro Obiang Nguema has been in power since August 1979. And with regard to internal struggles, let us not forget that the borders of the African countries were artificially created. A group of Europeans met in Berlin in 1884 and traced the boundaries and territories, leaving geometric shapes with often perfect sides. But of course, they drew with a ruler a line that divided an ethnic group in half. And then two or three ethnic groups with old rivalries, with different religions, with different languages ​​were left under the same rule. It is not difficult to understand that difficulties were to arise within each country.

As for other topics that are also common, we can find those related to the family, the role of women and the pressures that motherhood generates. Being a mother is a very strong imperative, especially being the mother of male children. If a woman cannot get pregnant then it is almost logical for the in-laws to start looking for another wife for their child. Exile is also very present, as well as the strong conviction that education is the means to have a better life. The latter is something quite remarkable and that appears recurrently in many stories: the aspiration to obtain a university degree and, if possible, from a foreign university.

T: What is the diversity and richness in African literature that reaches Argentina?

MC: We are trying to create a catalog that can account for both these realities, as well as the particularities of each country. One of our books, “La Montaa” -which is among my favorites- tells for example the experience of an Algerian child of French descent during the war of independence. When Algeria becomes independent it expels all French, or descendants, who have to emigrate to France. In France they are not considered French, but pieds-noirs (black feet), and they are segregated. I think it is these particular stories, told with great literary quality and great sensitivity, which help us to know other realities in a more affective, more “empathic” way. Reading in Wikipedia about the Rwandan genocide is not the same as reading “The Barefoot Woman”, by Mukasonga, where the author recounts her day to day and her mother’s struggles to maintain a certain normality within a Tutsi refugee camp. It is a different type of knowledge, which leaves another type of mark.

T: Who are the interlocutors and the circuits of African literature in Argentina?

MC: There are many people living to read stories that come out a bit from the known realities. Perhaps there are readers who start with a certain prejudice, but in general there is a fact that convinces us that it works: our readers are recurrent. That is, the person who read a book from the publisher for the first time comes back for more, or looks for other available books by African authors. Although there are countries like South Africa, Nigeria, Egypt, Kenya, with a highly developed publishing industry and several writers who manage to cross borders with their books, there are others from which it is very difficult to obtain material. It is not that in Niger or South Sudan, for example, there are no people who write. What happens is that the publishing industry is so, so limited, that they are difficult voices to locate and contact.

T: Writing in the language of the colonizer is an obstacle to transmitting the problems of the subject cultures?.:

MC: With regard to indigenous languages ​​and the languages ​​of the colonizers, in general all the authors from sub-Saharan Africa write in the latter, mainly in French or English. Not only because it is the language in which they studied, and the one they now generally speak outside the family environment, but also because it is the possibility of being able to be published outside their countries. There is a paradigmatic case, and it is that of the great Ngugi wa Thiongo, one of the greatest African writers and a candidate several times for the Nobel Prize. He started writing in English, but decided, after spending time in prison for political reasons, to start writing in Gikuyu. For him, imposing a language is a conscious way of colonization, of colonizing people’s minds, and writing in Gikuyu was his response to that. But, as I said, it is quite a particular case.

Writing in the language of the colonizers sometimes limits authors when it comes to expressing terms that are very typical of their traditional culture. That is why we see interspersed, from time to time, words in Igbo, Hausa, Xosa, which we understand perfectly from the context. In one of our books a somewhat comical episode is related that expresses some problems very well. It takes place when you decide to translate the Bible into the native language. Right from the beginning they stumble upon a drawback: the word “God” is always plural in that language, within that culture there is no conception of a singular God. If you want to translate the concept of “unique God”, the meaning remains something like “isolated god” or “god condemned to isolation”. Poor God!