Anwar Hadid and Doa Lipa were photographed like this 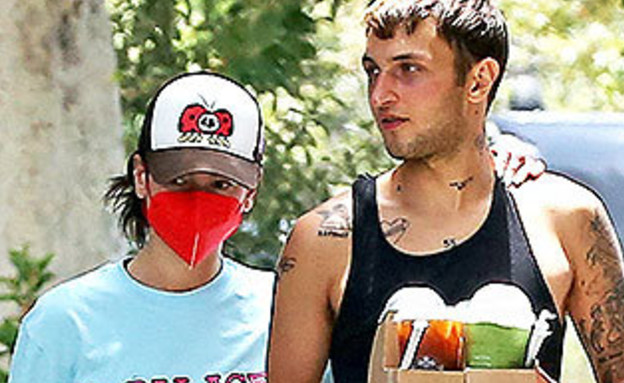 The extended Hadid family have acquired the title of Israel’s No. 1 visitor, and all the more so since Operation Guardian of the Walls, which began about a month ago. Now, while in Israel they are calming down from the attack of Hadidaz and the world is trying to figure out what the story is, the youngest son in the family, Anwar, is caught with his partner, Dua Lipa.

Anwar (21) and Doa (25) were photographed walking down the street in their pajamas a moment after collecting coffee cups from the neighborhood cafe. Doa knocked a look that included tights and slippers that would not embarrass our little sister, and Anwar went for what looked like the most hipster clothes he has in the closet. Doa closed the look with a hat with a beetle print, which gave the whole story a much funnier scent.

About two weeks ago, we told you about the Israeli who spoke with Anwar Hadid, and revealed his lack of knowledge about the Israeli-Palestinian conflict. Taylor released a third part in a series of videos entitled “This is what Anwar Hadid knows about Israel.” During the conversation between the two, Anwar told her that he did not hate Israelis or hated Jews, and emphasized that he had many Jewish and Israeli friends. “‘What I do hate is Zionism,’ he told me. I will not go into that it is anti-Semitism, but I asked him to do research and find out what the true meaning of Zionism is. “I know everything about it,” Taylor said. “Later he said to me: ‘Haim Weizmann is the one in charge at the moment, right? I know everything about it and I don’t need to read anything.'” Haim Weizmann, as is well known, was the first president of the State of Israel to pass away in 1952.