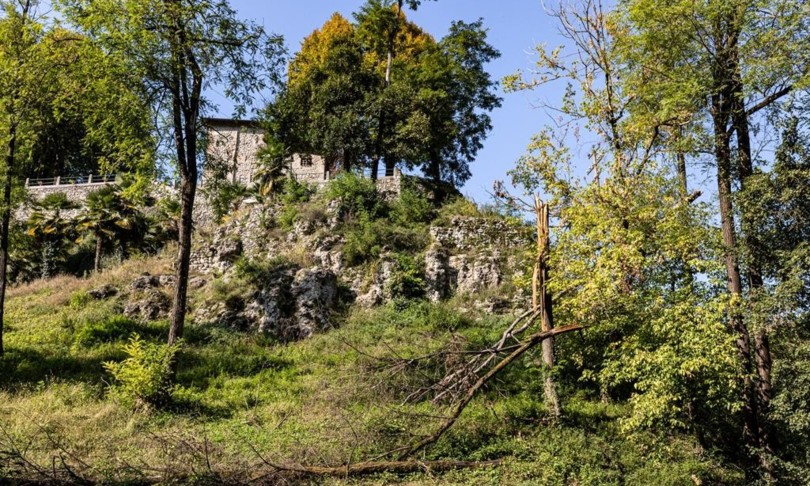 An abandoned sanctuary and the memory of the Leonardo’s places on the Adda that risk losing a precious keeper: in Paderno d’Adda the petition has already collected 2 thousand signatures and the support of all the mayors of the area to ask that the 70-year-old volunteer Fiorenzo Mandelli return to take care of the sanctuary of the Madonna della Rocchetta in Paderno d’Adda, after the resignation given to July in contrast with the parish priest of Cornate, Don Emidio Rota.

The fourteenth-century church it stands on a hill overlooking the Adda and was erected on a ‘castrum’ with a watchtower from which Roman soldiers watched the river. It is one of those hidden pearls of which ‘minor’ Italy is full, as the slice of Bel Paese is improperly called outside the circuits of mass tourism. Leonardo Da Vinci also passed from there and was inspired by the wild landscape that can be admired from the fortress to paint the backgrounds of some of his masterpieces, such as the Monnalisa and the Virgin of the Rocks.

Fiorenzo since 2008 has cleared the entire surrounding area from brambles and guaranteed daily opening of the sanctuary to pilgrims, tourists and hikers passing by, to schoolchildren as well as to many VIPs, offering himself offers to tell the stories of the sanctuary and of the Genius of Vinci to anyone who contacted him for a visit. For the commitment dedicated to the conservation of the church of Porto d’Adda, which in the meantime has become a popular tourist destination, in 2019 he was also nominated Knight of the Republic.

At the basis of the resignation there are differences of views with the parish priest of the pastoral community of Cornate, Porto and Colnago, Don Emidio, who heads the church, and some parishioners. The custodian, who in addition to working free of charge over the years has collected almost 50 thousand euros in donations for the parish, had been the management of the sanctuary and the methods of welcoming pilgrims are challenged. Hence the request to no longer have masses celebrated inside the church but only in the lawn in front, to guarantee fixed opening hours and no longer on request, to no longer do the work on one’s own but to appoint a company.

“I am a volunteer and my availability also depends on my commitments”, explained Fiorenzo after his resignation, “how can I accept that others, primarily the parish priest, take reservations if I then have to go? When don Egidio Moro he authorized the opening of the Sanctuary many years ago, the church was only open for the Feast and the vegetation grew undisturbed. Today the sanctuary is always open, welcoming, well maintained “. Or rather it was, because in three months the vegetation began to envelop the surrounding area again and the shrine is sadly closed since it lost its ‘guardian angel’.