“Bullet Train” in the cinema: The tickets, please 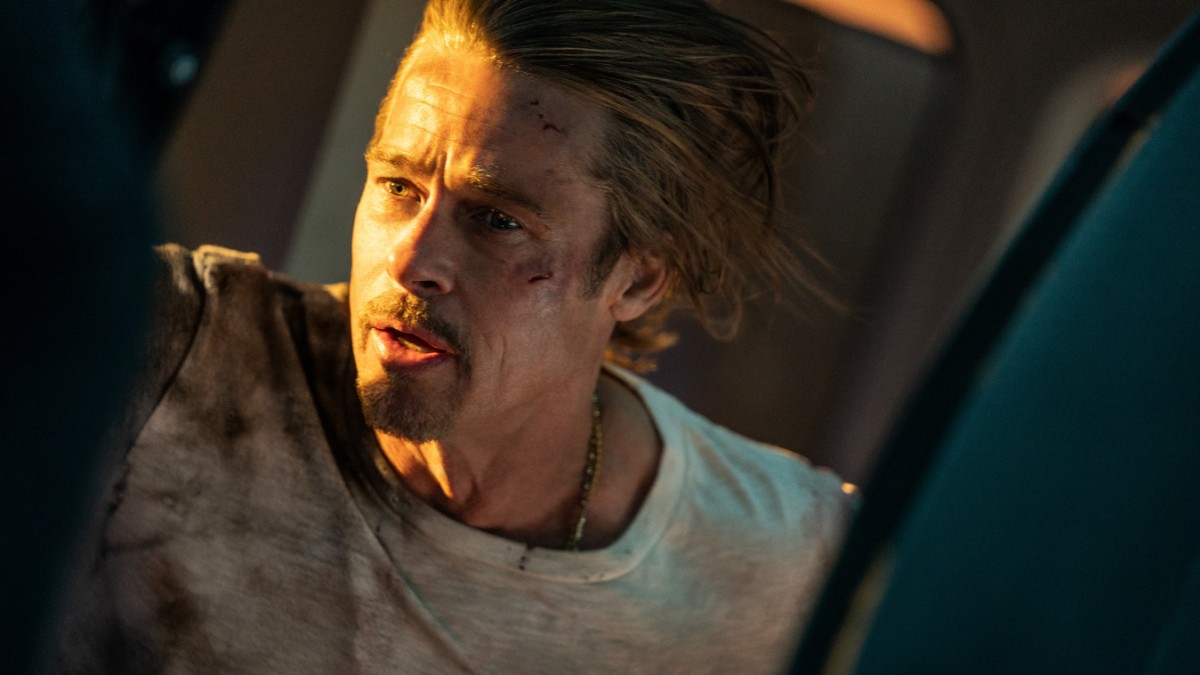 Brad Pitt gets on a train. So, yes, his character, assassin Ladybug, gets on the train. But Ladybug’s charm is modeled so closely on Brad Pitt’s charm that the differentiation is almost unnecessary.

Brad Pitt boards a train to steal a suitcase for his client (Sandra Bullock). An easy job, but he doesn’t feel good about it as he’s unlucky – lately everything that can go wrong has gone wrong. He even started therapy for it, and his therapist taught him that violence isn’t the answer. “Your therapist doesn’t know what kind of job you do,” Sandra Bullock reminds him in vain. If he had listened to Sandra Bullock!

But no, Ladybug is sure: There are other ways to solve things. For example by talking. So Brad Pitt decides not to take a gun with him. Get on the train – a Japanese Shinkansen, find the suitcase immediately, take it – and that could be the end of the film. If it weren’t for his losing streak and the fact that there are five or six other killers on this train. Two of them – they call themselves Tangerine and Lemon – have with them the son of the White Death, Japan’s most brutal crime boss. They saved him from his kidnappers. The son has a tattoo on his face and is not particularly grateful. They talk about “Thomas the Tank Engine”, and then a lot happens at once.

Lots of killers on board, but the worst is of course the conductor

There’s a lot of everything in this film: a lot of brutal killing and a lot of talking. There are three plot twists a minute. Of all the killers, the most threatening – very realistic – is the conductor. He is plump and strict. Brad Pitt and all the other killers keep running from the conductor. That would have been a great extra film. Or a romance between Brad Pitt and a Japanese toilet. In one scene, Brad Pitt is blow-drying his hair with the blow function of a Japanese toilet. It’s probably not called the puff function. But so be it. You feel something there. What deep.

The latter is even meant seriously, because at the beginning the dialogues are a bit annoying because you fear for a moment that you have walked into a brightly colored Tarantino imitation. But actors Brian Tyree Henry and Aaron Taylor-Johnson manage to make you fall in love with their killer characters in no time. The whole film is like them. It’s not a particularly original film, it’s not a particularly good film, it’s not a particularly deep film, it’s not an exceptionally funny film. But somehow you love him. If you like brutal killing scenes and blood running out of your eyes. It gives you the same basic satisfaction as eating five ice cream cones in a row or ordering every drink on the menu once. You know it’s not a good idea, but at the same time it’s a very good idea, maybe the best idea you’ve ever had. Even if you’re almost certainly nauseous for a while afterwards.

One thought on ““Bullet Train” in the cinema: The tickets, please”