They give the Incendia 2022 prize to the playwright Rita Gironés 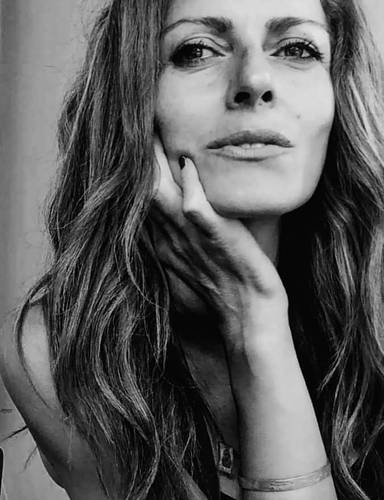 The playwright, actress and researcher Rita Gironés Blanco, was the winner of the first edition of the National Prize for Playwriting written by Mujeres Incendia 2022, for her work The doomsday vault or augmented nothingness, award given as part of the call for National Dramaturgy Awards.

This award was instituted with the purpose of recognizing, disseminating and encouraging the work of Mexican creators in the field of theatrical lyrics. Its objective is to make the talent of female playwrights visible through projects in which their participation is glimpsed in the context of contemporary struggles for the vindication of their rights.

According to the federal Ministry of Culture (SC), through the Hellenic Cultural Center, the National Prize for Dramaturgy written by Women Incendia 2022 seeks to consolidate itself as a meeting point to work on the relationship between contemporary dramatic literature and the experience of being a woman in Mexico.

Selected from among 74 applications from various states of the country, The vault of the end of the world or the augmented nothing is a story that revolves around a remote area located in the middle of the Arctic, where Homm and Clav guard the World Seed Bank, an underground warehouse where specimens from all corners of the planet are kept to preserve plant life in the event of a catastrophe. .

The award-winning play was chosen unanimously by a jury made up of playwrights Verónica Musalem Moreno, Perla de la Rosa and Silvia Alejandra Peláez Polo.

Silvia Peláez points out that It is a work that draws on the documentary and poses a meta-theatricality, with a very well structured plot. It has an excellent rhythm and a dramatic fabric with different layers of meaning and a special poetics. The topic is extremely relevant, of local and global interest. A text that, without a doubt, will be enhanced on stage.

Verónica Musalem expressed that the piece moved her to suggestive, apocalyptic and devastating universes. Due to its forceful stylistic, poetic and dramaturgical proposal, as well as thematic, the text took me to the territories that surround me, challenge me in the theater and on the scene today.

The Incendia 2022 dramaturgy prize, said Perla de la Rosa, It is aimed at all those women who are writing theater today with great talent and sensitivity. However, it is painful to get involved in the fictions of these dramas, since the present theme is femicide, disappearance and patriarchal violence..

The Jalisco Ministry of Culture will be in charge of producing the montage, which will premiere and have a season in a public space attached to this institution, in the context of its 2023 programming. The prize consists of an economic amount and the montage of the staging.

Rita Gironés Blanco trained at the Superior School of Dramatic Art in Barcelona, ​​Spain. In 1998, her experience as an actress with the Romanian director Catalina Buzoianu prompted her to devote herself entirely to the performing arts.

He has performed under the direction of stage creators such as Ricard Salvat, Joan Ollé and Sanchís Sinisterra. She has lived in Mexico since 2002 where she is a naturalized Mexican and works as an actress and director.

The award includes the publication of the text by the Tierra Adentro Cultural Program, an economic bag, as well as the production and programming of the piece at the La Gruta Forum.